Yesterday the Supreme Court ruled that a bakery in Northern Ireland run by Christians did not discriminate against a gay man, Gareth Lee, by refusing to make a cake with the slogan, ‘support gay marriage’ in a row that has rumbled on since 2014. The court accepted the bakery’s argument that it was the message they were against, rather than Lee’s sexual orientation or political beliefs. Human rights and LGBTI campaigner, Peter Tatchell, agrees with the Supreme Court ruling and in an exclusive opinion piece for RightsInfo, explains why.

The UK Supreme Court’s verdict in favour of Ashers bakery in Belfast is a victory for freedom of expression.

As well as meaning that Ashers cannot be legally forced to aid the promotion of same-sex marriage, it also means that gay bakers cannot be compelled by law to decorate cakes with anti-gay marriage slogans.

In the light of this ruling, businesses can now lawfully refuse a customer’s request to emblazon a political message if they have a conscientious objection to it. This includes the right to refuse messages that are sexist, xenophobic or anti-gay, which is a good thing.

Their objection was to the message he wanted on the cake: ‘support gay marriage.’

Although I profoundly disagree with Ashers opposition to marriage equality, in a free society neither they nor anyone else should be forced to facilitate a political idea, like same-sex marriage, that they oppose.

The court’s judgement ruling does not permit anyone to discriminate against LGBT people. Such discrimination rightly remains unlawful.

Ashers did not discriminate against the customer, Gareth Lee, because he was gay. They did not refuse to serve him because of his sexual orientation. Their objection was to the message he wanted on the cake: ‘support gay marriage.’ Discrimination against LGBT people is wrong. But in a free society, people should be able to discriminate against ideas that they disagree with. I am pleased the court upheld this important liberal principle.

If the original judgement against Ashers had been upheld, it would have meant that a Muslim printer could be obliged by law to publish cartoons of Mohammed and a Jewish printer could be legally forced to publish a book that propagates Holocaust denial. It could have also encouraged far right extremists to demand that bakers and other service providers facilitate the promotion of anti-immigrant and anti-Muslim opinions.

That would have set a dangerous, authoritarian precedent that could have been open to serious abuse. 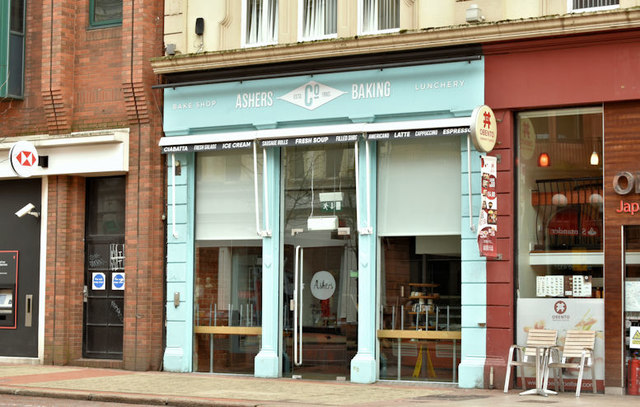 The human rights and LGBTI campaigner respects the bakery owner's right not to be forced to make a cake with an idea or belief they disagree with.

The human rights and LGBTI campaigner respects the bakery owner's right not to be forced to make a cake with an idea or belief they disagree with.