One in Ten Suffer Food Insecurity in Scotland

By One in Ten Suffer Food Insecurity in Scotland, 25 Sep 2018

Figures released today as part of the Scottish Health Survey show that nearly one in ten people in Scotland suffer from food insecurity. This rises to nearly one in five people in more deprived areas.

Being food insecure means that a person or a household has insufficient or insecure access to food due to resource constraints. Basically they don’t have enough money to be able to always put food on the table. “Obviously, my main priority’s making sure my kids are fed. And if it’s the difference between me getting fed or them getting fed, then it’s them obviously.” Kerry* from East Ayrshire as told to A Menu for Change, an organisation tackling food insecurity in Scotland.

When most people imagine food insecurity they might picture a country that is experiencing conflict, or perhaps suffering a natural disaster, leading to a destabilisation of the national food system.

But Scotland, like the rest of the UK, has a stable food system with more than enough food for everyone. In fact there is such an abundance of food that every year 380,000 tonnes of food and drink are thrown away in Scotland alone.

every year 380,000 tonnes of food and drink are thrown away in Scotland

Yet despite this abundance, many Scottish people are currently food insecure. In Scotland food banks that were part of the Trussell Trust network distributed 170,625 parcels to people in need during the 2017-2018 period. This is a 17% rise on the previous year.

Food insecurity affects a wide range of people. It might be the 21% of single parents in Scotland who worry about putting food on the table, or the one in four parents who have skipped a meal to ensure that their children are fed.

It might be an adult on a zero hours contract who is forced to cut back on their food depending on how many hours they have been offered paid work or the one in ten elderly people who suffer from malnutrition in the U.K.

An increasing number of people who are currently in poverty are in work meaning that having a job is not a guarantee that you will be food secure.

Study after study has shown that the consequences on a person’s health of being in food insecurity can be long term and severe, especially if experienced in childhood. Far too many people are currently priced out of a healthy diet.

The Food Foundation recently found that in order to follow the Government’s Eat Well healthy eating guidelines households on the lowest incomes would have to spend 42% of their ‘after housing costs’ income.

Food insecurity’s impact on people’s mental wellbeing is well documented, Nourish Scotland found that many people who were food insecure felt ashamed and disempowered by the experience due to the stigma surrounding poverty.

Why are so Many People Food Insecure? “When so many people are struggling to make ends meet something has gone badly wrong with the system.” Dr Mary Anne MacLeod, Policy Officer at A Menu for Change

Recent figures have shown that over the past ten years spending on welfare benefits for some of the poorest families in the UK has been reduced by a quarter. This means that some of those who are the most in need are now receiving even less than they were before, despite the cost of living going up.

A cumulative impact assessment by the Equalities and Human Rights Commission found that recent tax and welfare reforms have had a disproportionate impact upon people who were already struggling such as people with disabilities, single parents, and those on low incomes.

One striking example of this unequal impact is that women on average have lost just under £400 per year compared to a nearly £30 loss by men.

A recent study conducted by the End Hunger UK coalition with emergency food aid providers found that frontline organisations listed Universal Credit as one of the main factors for clients needing to ask for an emergency food parcel.

Despite this the UK Government has consistently denied the link between Universal Credit and a rise in food insecurity and emergency food bank use.

However, the National Audit Office has made the link. And a leaked document earlier this year revealed that the Department for Work and Pensions (DWP) is drawing up plans “to identify any areas of DWP policy or operational practice that may have contributed to a rise in demand for food bank services”.

Why a Food Security Measurement is Vital in Tackling Food Poverty “Food security for all must be a basic goal of government, and these figures will help to guide the universal and targeted measures needed.  But that’s just the baseline.  Nourish Scotland wants to see the right to food enshrined in Scots law as part of the Good Food Nation bill, so we can progressively ensure that all our people can afford and enjoy a diet which is good for our health and good for the planet” Pete Richie – Nourish Scotland

To start with, food poverty at its very core is a human rights violation.

We all have the Right to Food in international law but unfortunately this right is not incorporated into Scottish or UK law, meaning that it does not shape policy or legislation, and cannot be legally enforced.

food poverty at its very core is a human rights violation.

Therefore public bodies and decision-makers cannot be held to account for the impact of their decisions on people’s ability to be able to access or afford the food they need.

An annual measurement of food insecurity is key to the Right to Food as it enables us to understand the scale of the problem. This in turn allows us to better tackle food insecurity.

These figures would also allow us to track whether the number of households in food insecurity has gone up or gone down, therefore allowing us to see whether there has been a progression or a regression of the realisation of the Right to Food.

Fighting for our Right to Food

There is a need for Government to step up and respect, protect, and fulfil our Right to Food.

Despite the bleak figures released today there is some good news. This month the Scottish Government passed a motion requesting bringing forward a Good Food Nation Bill.

This Bill, with the Right to Food at its heart, would help to tackle household food insecurity in Scotland and address a number of other key issues currently affecting the Scottish Food System.

England, unlike Wales, Scotland and Northern Ireland, does not measure household food security. In October there will be a second reading of Emma Lewell Buck MP’s bill that would propose UK-wide annual household food insecurity measurement.

This bill already has the support of over 150 cross-party MPs.

To find out more about it and to ask your MP to support the Bill, head to Sustain.

* Names have been changed for the purpose of anonymity 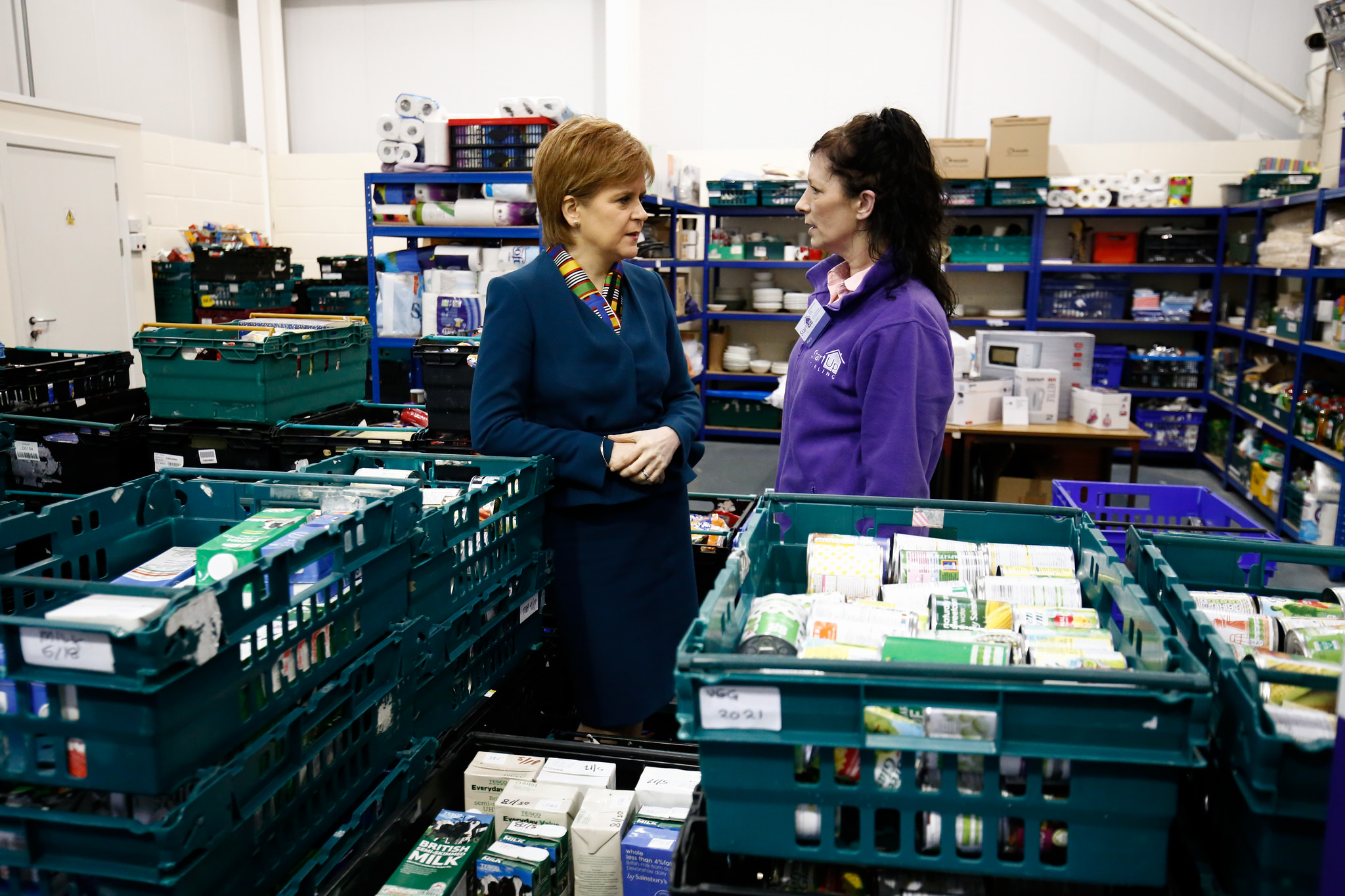 One in Ten Suffer Food Insecurity in Scotland
Visions / 17 Mar 2022 Should Access To The Internet Be A Human Right?
Education / 23 Jun 2022 Young People Need To Be Taught About Rights In Schools
Institutions / 22 Jun 2022 Why It Is Vital To Know Your Rights
Institutions / 21 Jun 2022 We Need The Rule Of Law
Institutions / 20 Jun 2022 How British Is The European Convention On Human Rights?