Could Menstrual Cups Be The Answer To Period Poverty?

By Could Menstrual Cups Be The Answer To Period Poverty?, 13 Feb 2018

Throughout the past year, heartbreaking reports of young girls not attending school for fear of bleeding through their clothes have hit the news.

Food banks have reported thousands of women relying on them for basic sanitary products, while many others have had to resort to socks, newspapers, t-shirts or anything with vaguely absorbent properties.

It’s a pressing issue and one that touches on several of our human rights. If girls can’t make it to school because they haven’t got the sanitary products they need, they’re not getting the education they’re entitled too.

Similarly, a right to health and the concept of dignity itself are at the heart of our most basic human rights, and period poverty can prevent women from realising these rights.

A Lack of Solutions? The issue of period poverty has exploded over the past year, but we’re yet to reach a consensus on solutions. The Labour Party have pledged to provide free pads and tampons in schools, while both the Lib Dems and Greens have made similar manifesto commitments.

The current Government is yet to make any commitment to funding, however, and some MPs have questioned how cost-effective or sustainable some of the proposed solutions are.

Though free sanitary products would inevitably help many women, some anxieties would still remain. Where can resources be accessed? Would it be through schools, food banks, doctors or pharmacies? And how regularly would women be able to access them? Will there be enough? For those in even more desperate situations, such as refugees, asylum seekers, or the homeless, the situation can be much worse.

Language barriers and cultural differences can make accessing sanitary products even more difficult, especially for women who are struggling. We need to move towards a situation where women can have a long-term, assured and sustainable solution, and that’s where free menstrual cups come in.

A Movement Spreading Across the UK Cambridge is one of the universities to give out cups. Image Credit: Kosala Bandara / Flickr

Edinburgh University Students Union’s president won after running on a platform of free sanitary products for all students. Several colleges at the University of Cambridge have also run successful campaigns to provide subsided and free menstrual cups, with more than 100 women in one college receiving one.

Though this is on a small scale, the success cannot be understated. One student told me she would never have considered buying a cup if they weren’t offered for free, as it was a significant investment. She hadn’t previously understood the long-term impact or how it needed to be used. Yet the advantages of a menstrual cup are not only financial: they can also help relieve anxiety. One student at the University of Cambridge told me that having a menstrual cup “saves me so much worry”. She no longer has to worry about always having disposable sanitary products to hand, especially with inconsistent periods.

For people suffering from period poverty, this stress and worry can be even worse.

Without education the product you’re giving to people is useless

Gabby Edlin, the founder of Bloody Good Period, which gives out sanitary products to women in need, says this is just one of the reasons they have partnered with The Cup Effect to launch CupAware, which aims to educate people about the benefits of menstrual cups.

However, she is keen to stress the importance of education. “Without education about the product you’re giving to people, a menstrual cup is useless,” Gabby tells RightsInfo.

The people who come to Bloody Good Period, and those who live with period poverty in general, often have very little stability in their lives, meaning Gabby was initially cautious at the idea of offering menstrual cups. However, after working with CupAware, they were able to produce a supportive education programme for women in need, alongside fun ‘Tupperware’ style parties.

Indeed, after education is provided, menstrual cups could provide some much-needed stability to the lives of young women and reduce the stigma and shame that is often associated with period poverty.

A Wider Movement Is Needed Charities like Bloody Good Period are doing impressive work in this area, but the impetus needs to come from other places too.

Women suffering on their periods without sufficient provision is a human rights issue on a national scale, and it needs to be addressed on this level, with practical and cost-efficient measures.

There are deeply ingrained social and gender dynamics surrounding period poverty, and clearly, a menstrual cup will not instantaneously solve these. Yet, if we can develop national educational programmes on this issue, and subsidise or offer sanitary products directly to women, then this would represent a step forward and reduce some of the unnecessary shame and suffering surrounding periods. 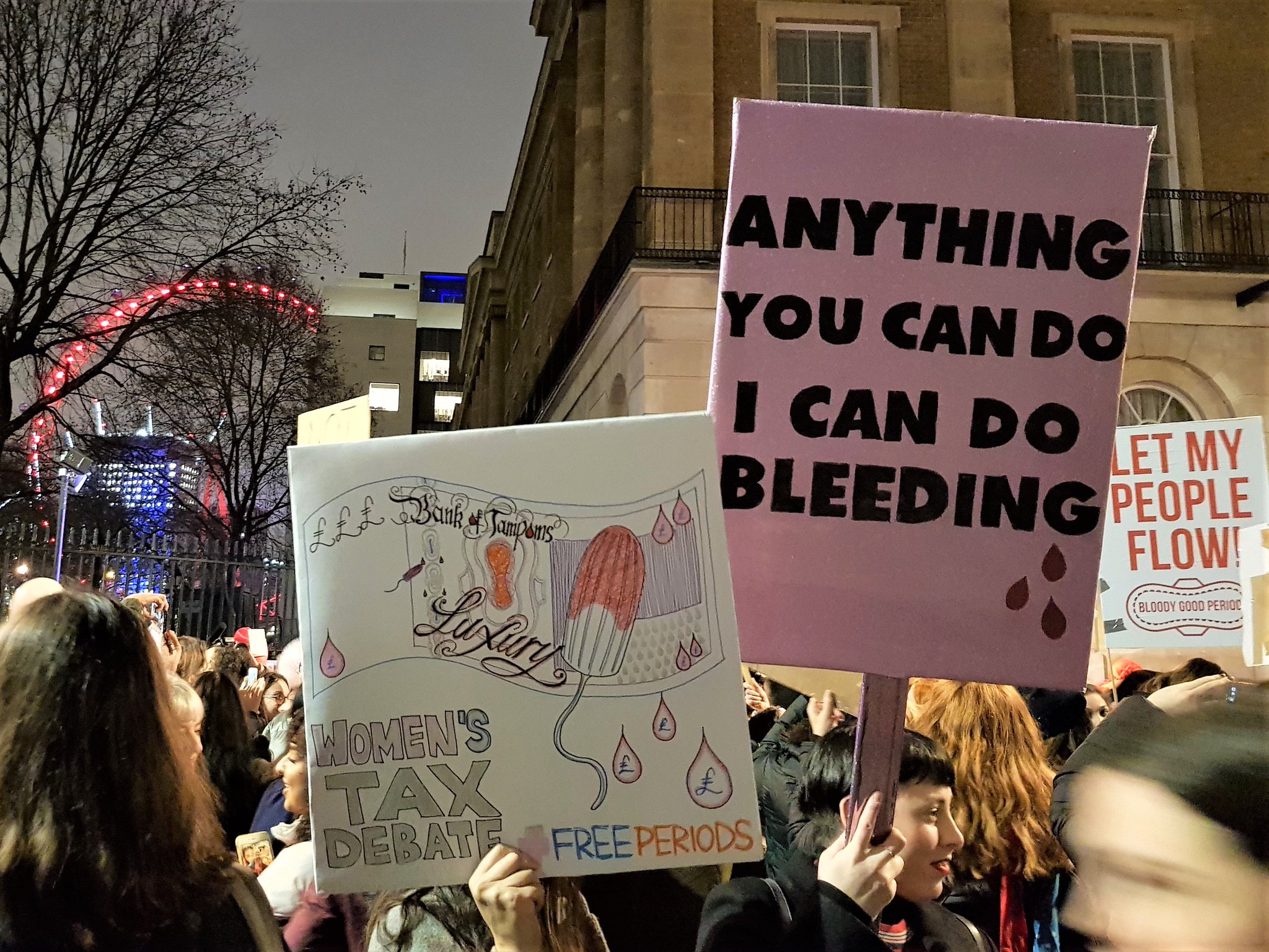 Could Menstrual Cups Be The Answer To Period Poverty?

Throughout the year, heartbreaking reports have hit the news of young girls not attending school for fear of bleeding through their clothes.

Throughout the year, heartbreaking reports have hit the news of young girls not attending school for fear of bleeding through their clothes.