May and Rudd Apologise to the Windrush Generation. But Did The State Violate Their Rights?

By May and Rudd Apologise to the Windrush Generation. But Did The State Violate Their Rights?, 18 Apr 2018

The people in question arrived in the UK through the Immigration Act (1971), which allowed Commonwealth citizens already living in the UK to remain indefinitely. There are estimated to be around 50,000 long-term UK residents affected by this issue.

Who Are The Windrush Generation? Members of the ‘Windrush Generation’ were named after the first ship to bring workers from Jamaica, Trinidad and Tobago in 1948; the HMT Empire Windrush.

Minors were accepted into the UK under their parents’ documents, and some never registered for a passport afterwards because they did not intend to travel abroad. Many were never asked for documents to prove their status, and the Home Office didn’t automatically issue any to them. The Home Office also failed to record the details of many of these individuals.

'I'm British and have lived here nearly all my life, so why must I leave?' Glenda Caesar is part of the 'Windrush Generation', one of thousands of Caribbean immigrants who now face an uncertain future https://t.co/LQhyhbfUzm pic.twitter.com/vP6C5MO5Sv

In 2010, when Theresa May was Home Secretary, thousands of landing cards – which recorded the dates of arrival in the UK – were thrown away. This action went against internal warnings that it would be harder for Caribbean-born residents to establish their right to live in the UK.

"Deported in error". Terrified, often elderly and frail people, bundled on to planes in the middle of the night, torn away from their families. Sent to countries they haven't seen since childhood. This toxic outrage needs to stop. Now. https://t.co/72I55tbW35

This also occurred in tandem with stricter immigration rules introduced during May’s tenure, in a bid to identify and expel illegal immigrants from the UK, which led to accusations that the Home Office was creating a ‘hostile environment’ for undocumented migrants.

In 2013, the Home Office distributed leaflets to individuals it planned to deport to their ‘home country,’ with advice including how to put on a local accent. The document was created by charities and NGOs in Jamaica, with support from the British and Jamaican governments. For the last few months, The Guardian has chronicled a number of these deportation cases. The Home Office has also announced a new investigation into Windrush-related cases.

How Did Parliament and Civil Society Respond? More than 140 MPs wrote to the Prime Minister to express their concern. David Lammy, MP for Tottenham, took the lead in criticising the government over the affair. He spoke passionately about the government’s “callous attitude towards thousands of people who have made their lives here, and harks back to campaigns for ‘repatriation’ of migrants.”

Speaking in the House of Commons, he noted: “The very fact that the government feels that this is an appropriate way to treat the ancestors of those Caribbean pioneers who were invited to Britain as citizens tells its own sad story about the treatment of immigrants in our country.”

What a disgrace it is that this Government has treated Commonwealth migrants in this way.

Meanwhile, Shadow Home Secretary Diane Abbott told Amber Rudd that she should “consider your position,” adding that the Government must “consider the question of compensation.”

“We have to acknowledge when the Commonwealth heads of governments are gathered in London, what a disgrace it is that this Government has treated Commonwealth migrants in this way,” she added.

The Liberal Democrat peer Baroness Benjamin  also said that those without passports have been subjected to “unbelievable incompetence and lack of compassion – they are being treated as criminals,” adding that  it was lucky that she had her own passport when she first arrived in the UK “otherwise I too would be having to prove my status.”

My parents came here as citizens, now the #windrush generation are suffering inhumane treatment at the hands of the Home Office.

If you lay down with dogs, you get fleas!

This is a day of national shame: the PM and Home Sec must apologise! pic.twitter.com/gxqoSErU3o

The Joint Council for the Welfare of Immigrants, a leading immigration charity, released a statement arguing that May’s performance at Prime Minister’s Questions “demonstrates she will not engage with the scale of the problem she created whilst in [the Home Office].”

Writing in Politics.co.uk, their legal policy director, Chai Patel, called for an independent commission into May’s anti-immigrant programme, arguing that the “scope of the hostile environment reaches far beyond the Windrush generation.”

Do the Deportations Constitute a Human Rights Violation? Possibly. If there is any risk that the individual is likely to be tortured in their country of origin, then deporting them would certainly represent a violation of Article 3 of the Human Rights Convention.

Deportations may also represent a violation of Article 8, right to respect for private and family life, on the basis that forcing a long-term UK resident to relocate to another country will mean that they must leave their home, their family and their community. Finally, given that this policy is being targeted at individuals from specific Commonwealth states, it could also be argued that this represents discrimination under Article 14 of the Human Rights Convention.

Individuals were also denied basic rights while they were waiting for a decision from the Home Office on their status. Paulette Wilson, 61, a former cook who served food to MPs in the House of Commons, was denied benefits and access to healthcare and refused permission to work for two and a half years. Cancer patient Albert Thompson was denied free healthcare under the NHS, despite living in the UK for 54 years.

Amber Rudd and Theresa May Apologise On Monday, the Home Secretary Amber Rudd apologised for the Home Office’s actions, admitting that: “Frankly, some of the ways they have been treated has been wrong; it has been appalling and I am sorry.”

“I am concerned that the Home Office has become too concerned with policy and strategy and sometimes loses sight of the individual,” she continued. “This is about individuals, and we have heard the individual stories, some of which have been terrible to hear.” However, Rudd also stated that she does not know how many have already been deported.

Frankly, some of the way they have been treated has been wrong. It has been appaling and I am sorry.

The Prime Minister, Theresa May, has also apologised to the 12 Caribbean heads of government for the treatment of Windrush citizens, whilst promising that no one would be deported. She told a meeting with the leaders that she wanted to dispense with the idea that the government was “in some sense clamping down on Commonwealth citizens, particularly those from the Caribbean.”

“I take this issue very seriously. The Home Secretary apologised in the House of Commons yesterday for any anxiety caused. And I want to apologise to you today. Because we are genuinely sorry for any anxiety that has been caused.”

No. 10 had initially refused to meet with the leaders: however, it switched tracks following the Home Secretary’s apology to the House of Commons on Monday.

The Jamaican Prime Minister, Andrew Holness, accepted the apology, stating that he believed “the right thing is being done at this time”.

New Right to Remain for the Windrush Generation Because of this event, Amber Rudd has announced the creation of a new Home Office team, staffed by 20 officials, to ensure that Commonwealth-born long-term UK residents will no longer be classified as illegal immigrants. She has also promised a processing period of two weeks and a waiver to application fees.

However, Diane Abbott has expressed scepticism about its effectiveness, asking: “How much confidence can people have in the special team when people with lawyers have been unable to resolve their situations?”

Because of newly tightened immigration laws, individuals are increasingly required to show and obtain documents to prove their right to be in the UK before they can work, rent, access healthcare, or claim benefits. Many have already lost their jobs or been made homeless, with many more refused healthcare on these grounds. Some have been sent to immigration removal centres, and others live with the constant threat of deportation.

The Home Office must commit to a system which treats affected people with fairness, humanity and flexibility.

Satbir Singh, CEO of the Joint Council for the Welfare of Immigrants

Satbir Singh, the CEO of the Joint Council for the Welfare of Immigrants, has welcomed the new team, but cautioned that “on its own it’s not enough: the Home Office must commit to a system which treats affected people with fairness, humanity and flexibility”.

“In the past few days we’ve witnessed the culmination of years of government policy explicitly designed to turn us into a hostile society, and which have made the Home Office into an island of inhumanity and incompetence. This is the first time that the government has been forced to account for these deliberate decisions. We hope it marks the start of a conversation about how we treat all those who seek to make a life here.” 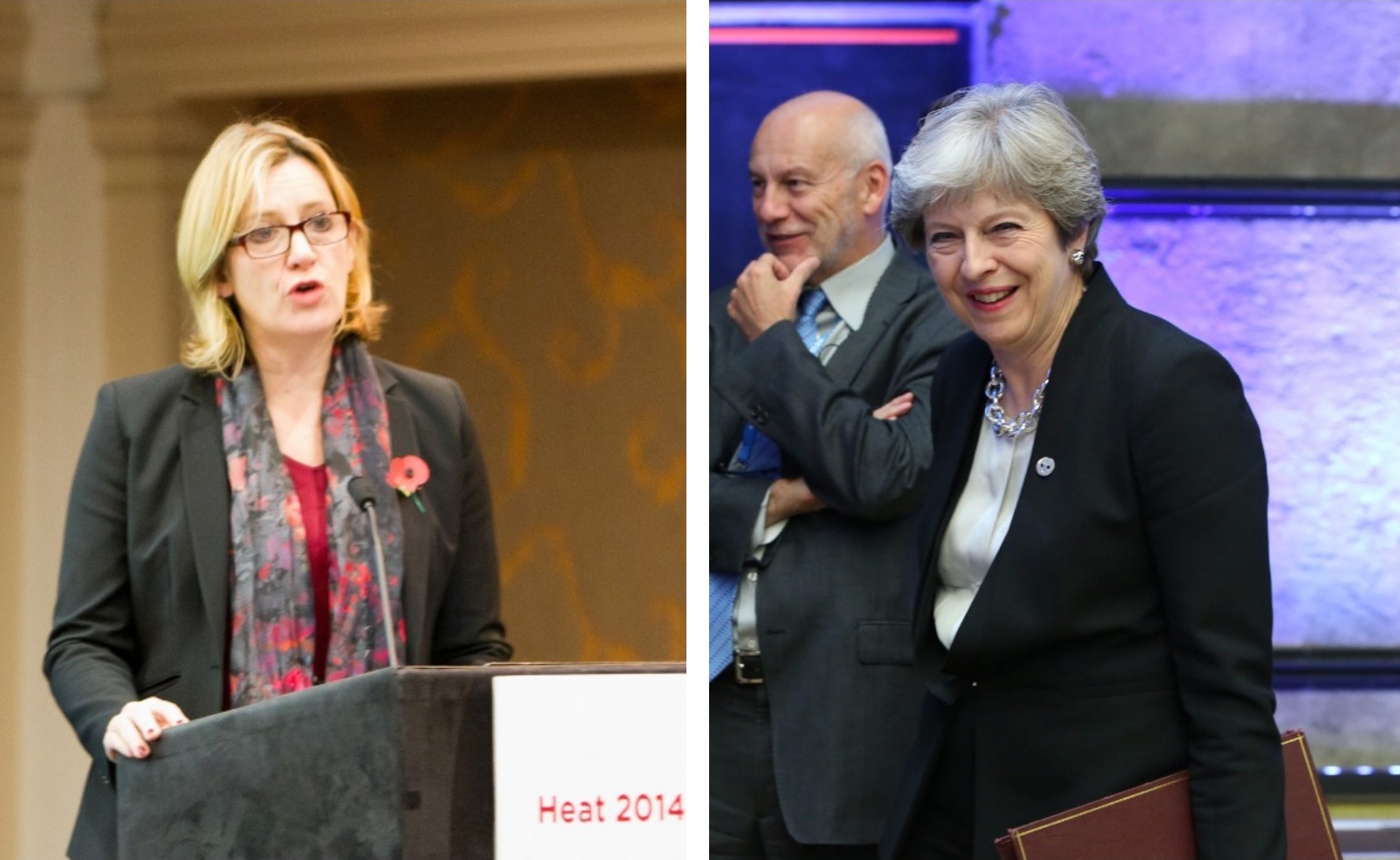 May and Rudd Apologise to the Windrush Generation. But Did The State Violate Their Rights?