Liberty Made A Video About Surveillance. It’s Very Funny. And A Bit Scary.

By Liberty Made A Video About Surveillance. It's Very Funny. And A Bit Scary., 6 May 2016

Here at RightsInfo, we love a good video. And Liberty, the human rights campaigning organisation, have just made a great one about surveillance.

The video shows an actor walking around London asking to see people’s phones, including their emails and texts. As you might expect, she is given short shrift by most people. In the final moments of the video she even tries to spy on… well, that would be telling.

Liberty are campaigning against the Investigatory Powers Bill, which we have covered here and here. The organisation claims that the bill, which will allow the ‘bulk collection’ of our individual data, will not make us safer but will seriously interfere with our right to privacy, which is protected under Article 8 of the European Convention on Human Rights.

Here at RightsInfo we are non-political so neither support nor oppose this campaign. We will keep covering the issue which is a fundamentally important one for human rights.

You can find out more about Liberty’s campaign here. 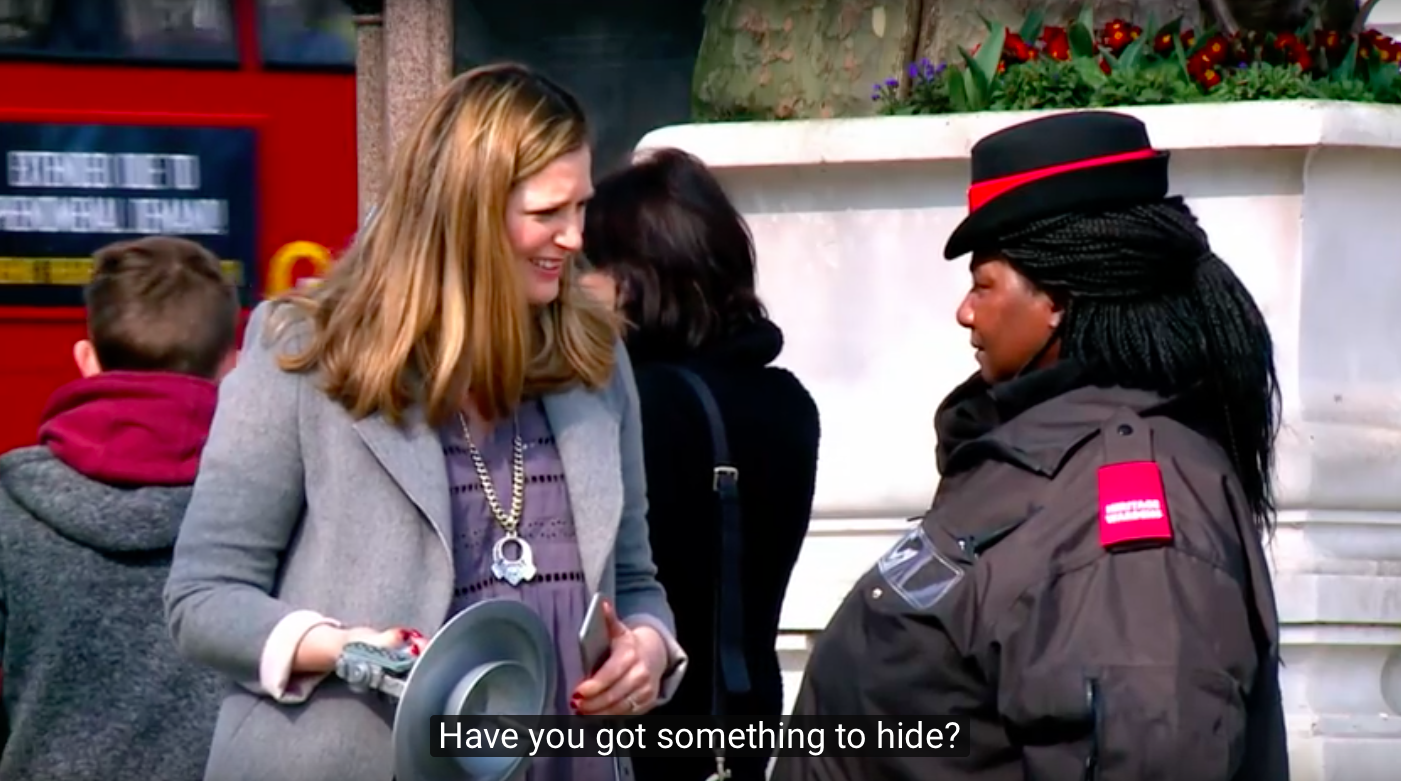