The Leveson Inquiry Wrapped up Early, So What Does This Mean for Free Speech and Privacy?

By The Leveson Inquiry Wrapped up Early, So What Does This Mean for Free Speech and Privacy?, 4 Apr 2018

The public inquiry into media ethics following the phone-hacking scandal of 2011 will not be concluded in full. Why is this happening, and what does it mean for freedom of speech and our right to privacy?

Secretary of State Matt Hancock MP has announced that the Government had decided to scrap the second part of the Leveson Inquiry.

However, the balance between fundamental rights such as the right to free expression and the right to a family and private life is rarely far from the headlines, so where does this leave us? State involvement in regulating that balance remains one of the most hotly contested rights issues in civil society.

Wait, What is the Leveson Inquiry?

The revelation that the News of the World hacked the phone of murdered schoolgirl Milly Dowler whilst she was still missing was instrumental in initiating the Leveson Inquiry, which lasted more than a year and sought to investigate the culture, practices and ethics of the press following extensive public criticism.

Her parents, Bob and Sally Dowler, were among more than 300 people to give evidence, including journalists, editors and victims. Notable attendees included high-profile politicians such as then-Prime Minister David Cameron and Tony Blair, and celebrities such as Hugh Grant and Steve Coogan.

The inquiry found that although there was no widespread corruption of the police by the press, politicians and the media had been too close, and press behaviour had at times been outrageous.

Sir Brian Leveson, who led the inquiry, tabled proposals for a new self-regulation body, independent of serving editors, government or business and backed by legislation. He also proposed an arbitration system for victims of phone hacking, and other forms of press malpractice, to seek redress but avoid the time and expense of going to court.

Why Did People Want Leveson 2? Privacy campaigners Hacked Off accused the Government of a ‘cover-up’, and have already renewed calls for the Government to commence the second part of the inquiry.

Investigating the relationship between journalists and the police was going to be pivotal to this stage of the inquiry. In particular, Hacked Off wants further answers about whether there was a conspiracy to protect media billionaire Rupert Murdoch’s newspapers from prosecution, and more details on the management practices that led to the failings outlined in the first report.

However, critics argued that another expensive inquiry would only enrich lawyers and risk the freedom of the British press. The Conservatives opposed Leveson 2 in their general election manifesto, so Matt Hancock’s announcement should come as no surprise. However, last month the House of Lords voted through an amendment to the Data Protection Bill that sought to revive the inquiry.

Victims and campaigners are not alone in calling for the second part of the inquiry. In January, Sir Brian Leveson himself stated that he “fundamentally disagrees” with the view that, given changes in the media landscape and subsequent action in the area, Leveson 2 is not necessary.

He stressed that there is a “legitimate expectation on behalf of the public, all parties in Parliament and the alleged victims” that Leveson 2 should follow. He added that there has been no investigation of corporate governance and management failures at newspapers, problems identified with data protection in Leveson 1 remain, and neither Leveson 1 nor the criminal trials have provided answers to “who did what to whom”.

What Does This Mean for Press Freedom and Privacy in the UK? Labour’s Deputy Leader Tom Watson MP said the decision was a “bitter blow to the victims of press intrusion”, adding that Matt Hancock’s “selective use of facts are not worthy of a Secretary of State”.

Newspapers have welcomed the move, with a Guardian editorial saying that it is wrong to think a state body should hold the exercise of power by the press to account. The Independent said that the free media has in recent times championed the principles of human rights and made them real for many people.

More broadly, there remain fundamental questions about how people’s personal data is used, and how newspapers are regulated to maintain editorial standards without affecting the freedom of journalists to investigate and ask difficult questions in the public interest. The Government’s announcement yesterday indicates that we may not find answers soon, at least not via Leveson 2. 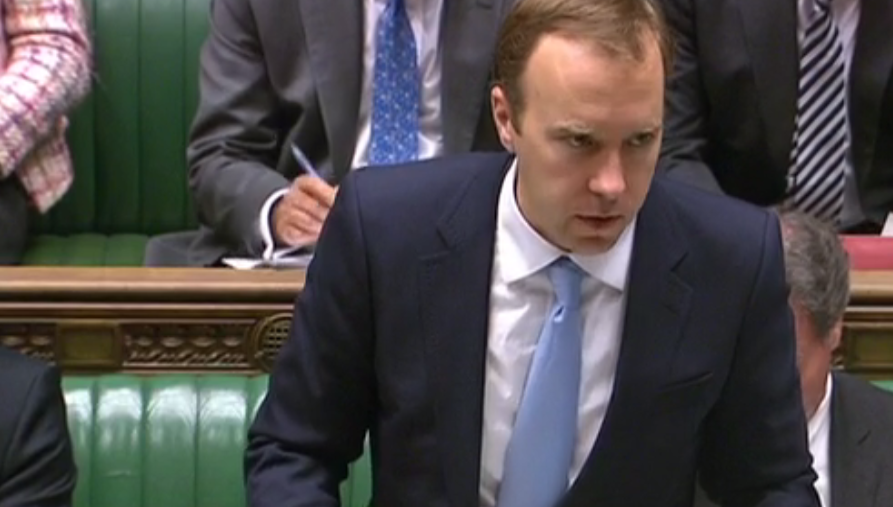 The Leveson Inquiry Wrapped up Early, So What Does This Mean for Free Speech and Privacy?

The public inquiry into media ethics following the phone-hacking scandal of 2011 will not be concluded in full.

The public inquiry into media ethics following the phone-hacking scandal of 2011 will not be concluded in full.