‘Join A Union’: Lawyers Warn Right To Refuse To Work Has Limits

The coronavirus pandemic, and the government's response to it, raises huge issues for our rights. Support EachOther so we can keep on bringing you accessible articles, cutting to the heart of the matter, with a regular donation of just £3 a month.

Lawyers are urging people concerned by Boris Johnson’s back-to-work message to join a union and seek legal advice before exercising their right to refuse to work.

A chorus of union leaders and politicians have issued the public a reminder of their right to refuse to work under Section 44 of the Employment Rights Act 1996, following Johnson’s Sunday night (10 May) announcement on the coronavirus lockdown.

But lawyers have since warned that S44 “does not have all the answers,” as it only protects employees and could result in legal disputes in which workers lose pay and incur legal fees.

In his address to the nation, the PM said that people unable to work from home – such as those in construction and manufacturing – should be “actively encouraged” to return to their workplace from Monday (11 May).

He also detailed a “conditional” plan which could see schools reopen to some pupils from 1 June, and a return of some restaurants and cinemas by July “at earliest”. 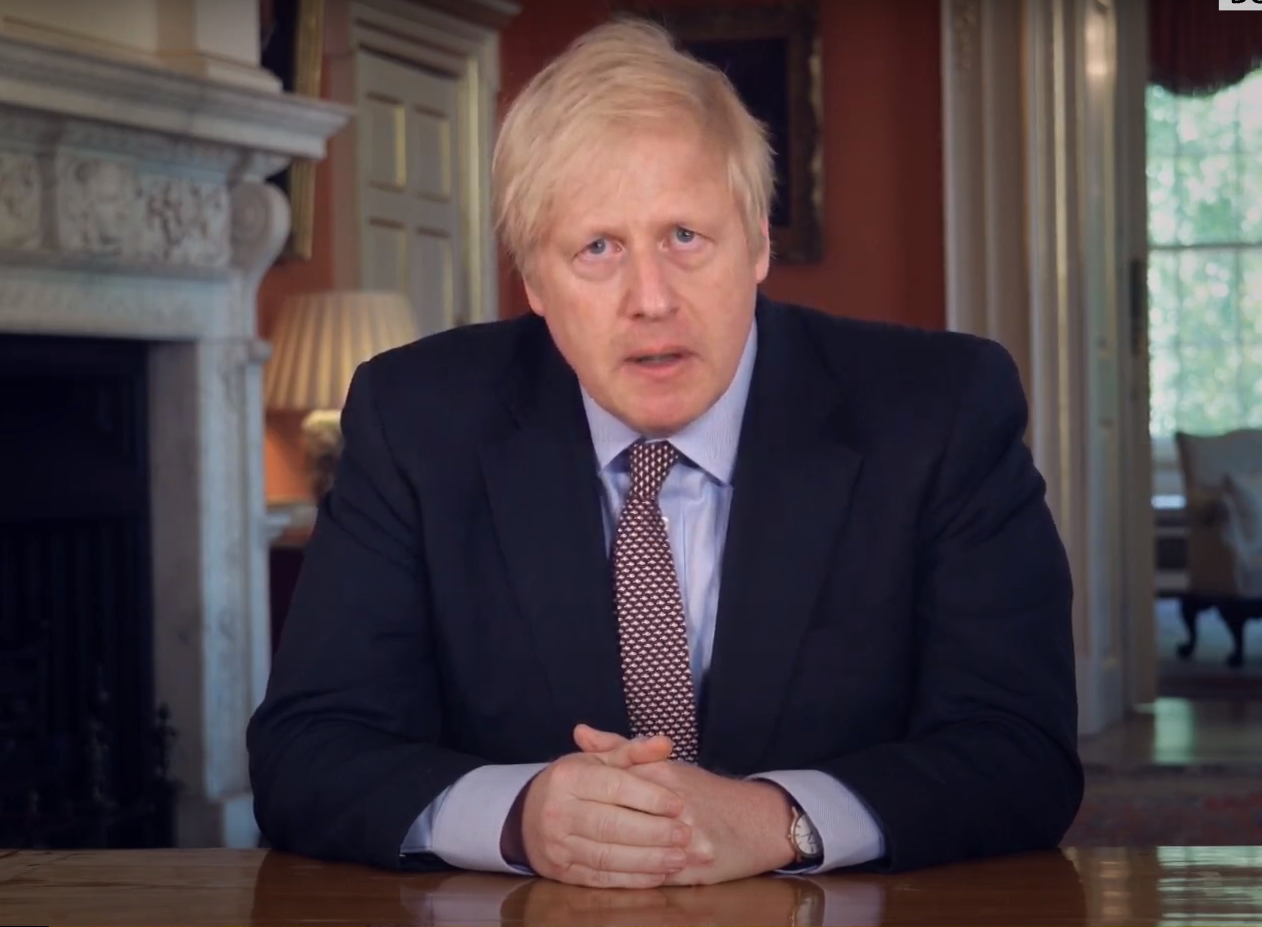 Boris Johnson delivers an address to the nation on the coronavirus lockdown restrictions.

The announcement provoked dismay among unions, concerned over the lack of guidance to assure workers over health and safety.

Frances O’Grady, general secretary of the TUC, labelled the move a “recipe for chaos”, saying it will leave workers “confused and anxious”.

He added: “Even then, we must have a guarantee that the right policies and practices are in place to make workplaces safe.”

Meanwhile, a snap survey of the National Education Union found that 85 percent of 49,000 members disagreed with the prime minister’s reopening plans.

Foreign Secretary Dominic Raab has since tried to douse the row by saying that new workplace guidance will not come into effect until Wednesday (13 May) and that detailed guidance on how to make workplaces “Covid-secure” will be published on Tuesday (12 May).

While a 50-page guidance document released on Monday has said that people “should aim to wear a face coverings where social distancing is not always possible” such as in shops and on public transport.

A face covering is not the same as face masks, such as those worn by healthcare workers which “must continue to be reserved for those who need it,” it added.

Section 44 of the Employment Rights Act 1996

People who refuse to go to work may be able to find protection under Section 44 of the Employment Rights Act 1996.

It grants employees the right to remain away from their workplace if unable to avert or protect themselves against what they reasonably believe to be a “serious and imminent” danger.

In theory businesses are unable to sack, suspend, threaten, dock pay or otherwise “detriment” workers who do not turn up for this reason.

But, in practise, this may go to court as employers are unlikely to want to pay employers who do not turn up for work.

This could mean that workers may face legal costs and lost income in the process of enforcing their rights.

A tribunal would then be tasked with deciding whether or not an employee reasonably believes that Covid-19 constituted a “serious and imminent” danger to health and safety.

The United Voices of the World union, which has produced a guide on Section 44, said that a “number of barristers” have confirmed coronavirus would meet the danger threshold.

‘Talk to your employer’

Employment lawyer Sarah Chilton said that there are two primary issues in relying on the Employment Rights Act.

She said without detailed government guidance it will be difficult to establish what is and is not safe.

A decision would ultimately be made by an employment tribunal which could take months or years, during which employees could be dismissed or face a threat of docked pay.

She said it is also important to clarify that S44 does not protect workers who are not employees – such as those in the gig economy.

Chilton advised workers to join a union and make use of their free advice lines.

She also encouraged workers to reach out to their employers to express their concerns, rather than “unilaterally” deciding not to go to work.

“I know some people have found it quite difficult as some employers are quite difficult,” she added. “I would encourage employers to have some human compassion for the fact they have got an employee who is actually quite concerned.”

Deeba Syed, a lawyer at Rights of Women, tweeted that she was “concerned” by the number of people advising workers to rely on S44. “Talk to an employment lawyer if you can, do not just not show up to work,” she added.

“But of course like any individual right it is subject to limits and tests determining when the right can and cannot be exercised,” he said.

“In practice what will happen is that people will be subject to detriments, such as having their wages cut or being dismissed. It’s at that point that the legal arguments will begin.”

Magennis echoed calls for workers to unionise, saying that “we can achieve more as a collective”.

United Voices of the World Union

A members-led, campaigning trade union which supports the most vulnerable groups of precarious, low-paid workers in the UK. It has provided a guide on your right to refuse to work.

Equality / 12 May 2020 Coronavirus: What Are My Employment Rights?
Economic / 1 May 2020 'I Am Proud Of My Work': Meet The Covid-19 Key Workers
Economic / 15 Apr 2020 'Millions Of Workers Could Miss Out On Covid-19 Income Protection'
Discrimination / 21 Feb 2020 BAME Workers' Legal Bid Over 'Inferior' Pay And Terms Could Affect Millions