A “landmark” legal case could determine whether the use of outsourcing firms to employ black and minority ethnic (BAME) workers on “inferior” pay and conditions is discriminatory.

The case, which could affect as many as 3.3million of the UK’s outsourced workers, is being brought by the wholly BAME security team at St George’s University of London following weeks of strike action.

The guards, who are employed by outsourcing giant Bidvest Noonan, receive lower salaries and less sick pay than the lowest-paid in-house staff at the medical university.

Their union, United Voices of the World, argues that the outsourcing regime amounts to indirect race discrimination under the Equality Act 2010.

UVW organiser, Petros Elia, said: “The decision of public institutions such as St George’s to outsource workers who are migrant and BAME is done for the sole purpose of slashing their pay and terms and conditions.

“This practice is not only morally reprehensible but, we hope to show in court, is also unlawful and that keeping them outsourced serves to make them second class workers.”

The 2010 Act makes it illegal for public authorities to treat employees unfavourably on the basis of nine “protected characteristics”.

The TUC estimates that there were 3.3million outsourced workers in the UK in 2018, the majority of whom are believed to be migrants or from ethnic minorities.

Security guard Kazi Mohammad Oli Ullahwe, a Bangladeshi migrant, said: “All of us are ethnic minorities and we all feel discriminated against and harassed. Between our strike and this lawsuit, we will win justice and equality.” 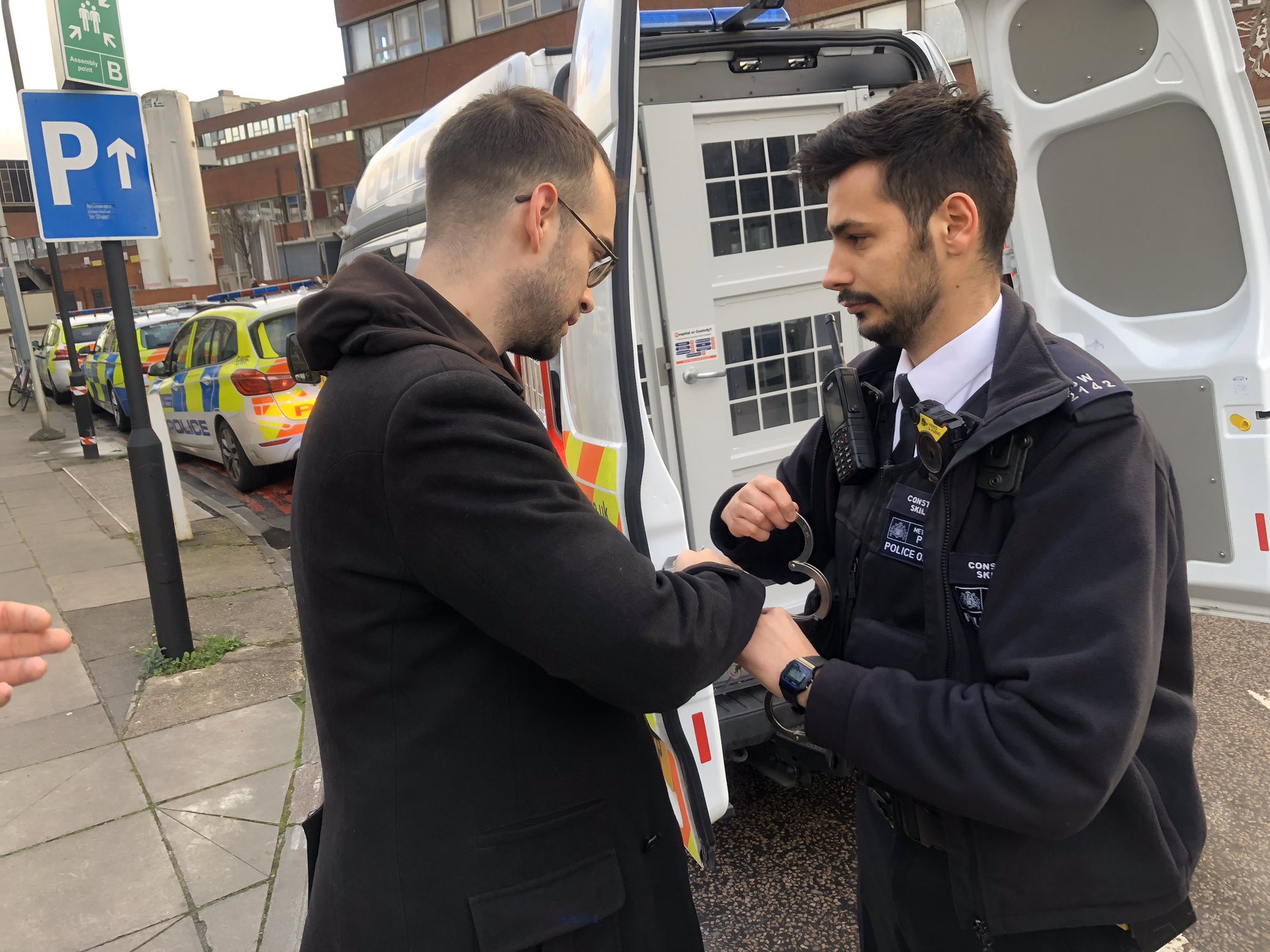 The case is the latest development in a long-running series of strikes at the medical university, in which guards say they have repeatedly been threatened with arrest.

Last month EachOther reported on the arrest of UVW barrister Franck Magennis, in an alleged breach of the group’s picketing rights, who was then de-arrested moments later.

In a statement released at the time, the university said it called the police after guards refused two requests to hold their strike outside the boundaries of the university site.

The statement added that a 2016 review found the university “did not have the capacity and capability to bring its security provision in-house” but it remains “in active conversation” with Bidvest Noonan to resolve the dispute.

However an internal university report obtained by UVW indicates that St George’s could save £200,000 a year by bringing its workers in house.

3 min read
Race / 2 May 2019 Universities 'Must Close The Gap' Between White and BAME Students
3 min read
LGBTQ+ / 18 Oct 2018 'Women’s Equality And Trans Equality Do Not Contradict, Or Compete With Each Other'