By , 16 Nov 2020
Amber Heard outside the Royal Court of Justice. Credit: YouTube

‘Trial by media’ is often touted as a crude alternative to our legal system. But in losing his libel action against The Sun, Johnny Depp’s court battle backfired. It’s a resounding win for press freedom – and for domestic abuse survivors.

The actor objected to a 2018 newspaper article which alleged he had been abusive towards his ex-wife, Amber Heard – something he continues to deny. Although directed towards author JK Rowling – the headline questioning how she could be ‘genuinely happy’ casting the 57-year-old in her Harry Potter spin-off – the pen was aimed at Depp.

And so followed the film star’s claim for libel, a civil action to address harm caused by the written word. It’s an important cause: defamation cases seek to repair the damage untruths can have on an individual’s reputation, which is part of our right to privacy under Article 8 of the Human Rights Convention. But the chilling effect these actions have on journalism should not be under-estimated.

Libel laws in England and Wales were updated in 2013 with the introduction of the Defamation Act.

Anyone suing for libel must be able to prove there has been serious harm to their reputation following the publication of a work which identifies them.

The Act also offers anyone being sued for libel a number of ways to defend themselves. One such way is known as the “truth” defence.

A publisher must be able to prove in court that what they wrote was substantially true on the “balance of probabilities” – the civil standard.

Use of this defence is uncommon because it can be difficult to prove facts to this standard in court and, in doing so, publishers can incur exorbitant legal fees with no guarantee of success. Some people consider this state of affairs to be a threat to our freedom of expression, protected by Article 10 of the European Convention on Human Rights.

However, Article 10 is a qualified right. This means it can be subject to legal restrictions which protect the reputation rights of other people, as well as for a number of other reasons.

Documentary evidence has often been key in cases where the truth defence has prevailed.

Legally speaking, ‘truth’ is a key defence to a defamation action which serves to protect press freedom. But in England and Wales, unlike in America and elsewhere, the burden is on media outlets to prove the accuracy of their words. This is a challenge given the understandable wariness of sources to be grilled during cross examination – as Amber Heard was, leading to weeks of sensational coverage of the couple’s tempestuous relationship. Add to this the huge legal costs involved – an estimated £5million in this case – and it’s easy to see why some newspapers might choose to bury an important story to avoid even the threat of a defamation claim.

Against this backdrop, the paper’s victory over Johnny Depp will have been felt across the media industry. The Sun called the decision a “stunning victory for press freedom”. And yet, legally speaking, the case is unremarkable; the judgment did not establish a new precedent, failing to move the legal goal posts. Instead, the judge, Mr Justice Nicol, ruled on matters of fact. He found that 12 of the 14 incidents of alleged physical violence were proven to the civil standard. It will be hard for Depp to successfully appeal the judge’s extensive ruling, something the actor has already vowed to do. 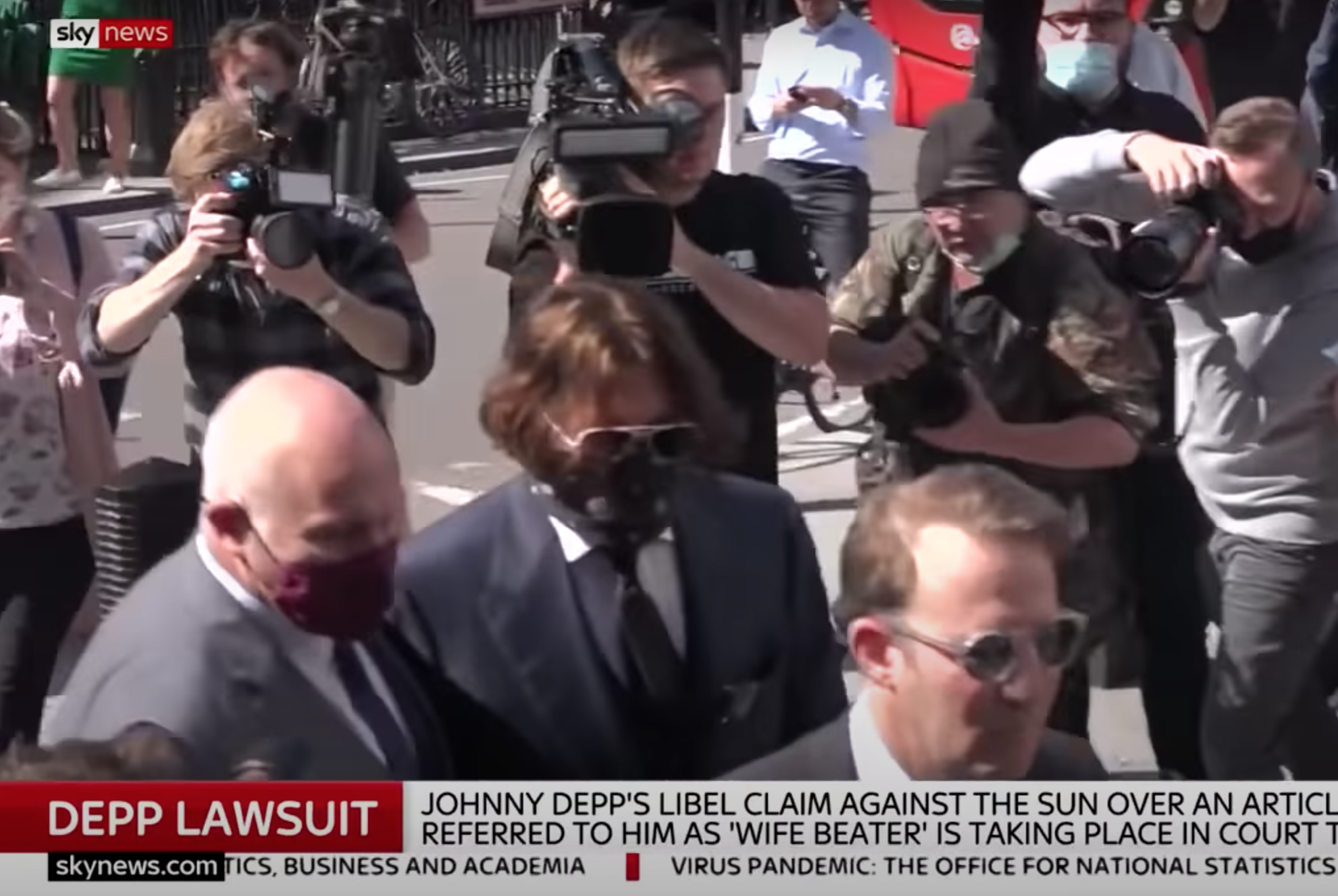 Johnny Depp outside the Royal Courts of Justice. Credit: Youtube

Securing justice for domestic abuse survivors is often hindered by harmful notions of the ‘perfect victim’. As with rape – where charging decisions are said to still be influenced by the perceived need for a victim to be sexually conservative, to resist in the correct way, and to forever shun their perpetrator – domestic abuse survivors can be overlooked for failing to adhere to inaccurate, and often sexist, stereotypes.

In Depp’s case, despite being a civil action against a newspaper, the judge took a hammer to many of those stereotypes.

Yes, the court was told how Heard arranged to meet Depp after she obtained a restraining order against him. But that doesn’t affect her credibility – victims often have conflicted feelings towards their perpetrators. Yes, Heard was said to have called the police and then refused to make a complaint. But that is quite common – abuse thrives off fear. Yes, Heard had a “shortness of temper”. But, as the judge said, that “is not the same as recourse to violence”. Nor does it justify abuse. Victims don’t have to be reasonable, calm or apologetic. Mr Justice Nicol went on and on, bludgeoning these myths.

She certainly would not be the first woman to have equivocal attitudes towards her partner, even if he had been abusing her.

In response, domestic abuse charities have welcomed the judgment. “Everyone who has experienced domestic abuse deserves to be listened to and believed…[which] applies to survivors who do not fit the image of the ‘perfect’ victim”, said Nicki Norman, acting Chief Executive of Women’s Aid. The Centre for Women’s Justice, quoted in The Guardian, agreed, adding that the case serves as a “warning to men who think they can silence those who speak out about their abuse.”

Despite the progressive message of this case, it also serves to highlight the obstacles that remain in cases of domestic abuse. Depp was evidently protected by the machinery around him – ‘enablers’ who turned a blind eye to his abuse. In response to her decision to speak out, Heard has suffered swathes of abuse and endured career setbacks. And at trial, Depp’s legal team made – what the judge deemed to be – irrelevant accusations against Heard in an attempt to undermine her credibility. Had Depp not been represented by lawyers, under current civil law rules he could even have cross-examined Heard personally, a practice women’s groups are lobbying to prohibit in the Domestic Abuse Bill.

Depp’s defeat, therefore, gives cause for cautious optimism. It is a human rights victory, but it also underscores some of the challenges that remain – both for journalism and domestic abuse survivors.

Justice / 6 Mar 2020 Learning To Talk About Being A Domestic Abuse Survivor Without Shame
Justice / 6 Mar 2020 How To Ensure The Domestic Abuse Bill Protects Us All
Discrimination / 29 May 2020 Equal Pay Act: Why Are Women And Minorities Still Paid Unfairly 50 Years On?
Discrimination / 21 May 2020 Elder Abuse Helpline Calls Have 'Surged During Lockdown' – Here's What We Can Do

Refuge supports women,children & men experiencing domestic violence with a range of services. For support, call its Helpline on 0808 2000 247.

Galop has been working for 33 years to support LGBT victims of abuse, violence and discrimination through a variety of services, including a helpline which you can call on 0800 999 5428

Women's Aid is a grassroots federation working together to provide life-saving services and build a future where domestic violence is not tolerated.