Imagine that the state was able to lock you up, with no time limit, on suspicion that you committed a crime, without ever having to justify its position to an independent tribunal. You could be detained, with limited access to a lawyer and even more limited access to an independent court, for as long as the state felt necessary to achieve its goals.

Framed in this way, it sounds like a system which we would associate with governments like those of China, Saudi Arabia or Russia.

Distressingly, the reality is much closer to home, reflecting the powers of the UK’s Home Office to detain those it suspects of being in the country illegally. Detention is epitomised for detainees by fear and uncertainty.

The current system does significant harm both to the UK’s reputation as a liberal democracy and to those who are detained under its powers regardless of if they entered legally or illegally.

The Joint Select Committee on Human Rights has published its report on immigration detention, and identified significant flaws in its operation, recommending a number of changes that recognise the rights of the detainees.

There is an urgent need to introduce both more judicial control into immigration detention, and a limit on the maximum length of such detention, making the system more just and more cost-effective.

At present, those who are suspected of being in the country unlawfully can be seized and detained by an Immigrations and Customs Enforcement team. Approximately 27,000 people are detained each year.

Admittedly, the majority of these are released relatively quickly. In the third quarter of 2018, 39 per cent left detention after seven days or fewer, and 54 per cent after eight to fourteen days.

However, this period of detention, however long it may be, is epitomised for the detainees by fear and uncertainty.

It is cruel and unusual to lock people up without telling them for how long.

At the root of this uncertainty is the absence of a time limit. It is cruel and unusual to lock people up without telling them for how long. There is no light at the end of the tunnel, no tally to scratch in the wall until the door to freedom is flung open.

When imprisoned, for that is what detention centres amount to, detainees receive little to no information as to when they might expect to be released.

Contrast this with France, Germany, or almost any other liberal democracy, where time limits are an integral part of immigration detention, providing a bulwark against the inefficient grind of state bureaucracy being used as a reason to keep people locked up.

Detainees face week-long waits for a mere thirty minutes with an immigration lawyer.

Couple this state power with the near impossibility of receiving competent legal advice, and it makes our criminal legal system seem, paradoxically, almost idyllic.

Accused criminals are quickly permitted to meet their lawyer, but no such equivalence is given to immigration detainees. There is no immediate right to counsel, and former detainees spoke to the Select Committee about the week-long waits for a mere thirty minutes with an immigration lawyer.

In many instances, this legal advice can, tragically, arrive far too late, with detainees deported before they are able to instruct a lawyer to challenge their deportation.

The Windrush scandal provides a good example of this, with four individuals deported to far-flung countries they had never seen in their adult lives, with the Home Office now belatedly trying to contact them to return them to the UK, the home they should have never been forced to leave.

The last piece of this dystopian puzzle is the inadequate oversight of the judiciary on this element of government – a gross violation of the principle of the separation of powers.

In criminal law, suspects are allowed to be detained after arrest by the police, but this is strictly controlled, with judicial agreement needed for detention beyond the first 24 hours.

On the other hand, the state is able to lock up those they suspect of being illegal immigrants for months without judicial approval, making immigrants second-class citizens.

To suggest that the government should introduce more substantial judicial oversight, immediate provision of legal advice, and a total limit on the length of detention should be not a controversial stance.

Our system makes us a pariah amongst western democracies, reflecting an intolerant stance towards immigration, which is now being writ large on the country in the Brexit negotiations. 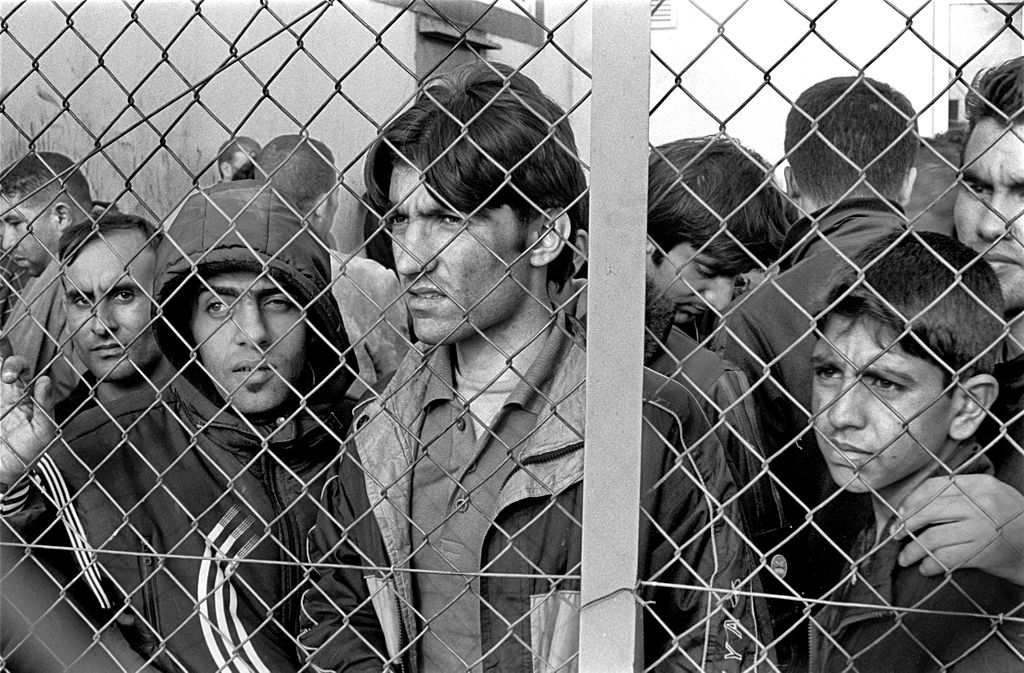