School exclusions are a direct violation of our right to education, writes Erin Campbell, a Member of the Scottish Youth Parliament. They argue that a rights-based approach is the best and most effective way forward.

Parents should feel safe in the knowledge that they have sent their children to a school in which they will learn new skills, make new friends and prepare for the all-important end of year exams. The school year is often a whirlpool of emotions: an equal measure of anxiety and excitement that lasts until students grasp their well-earned qualifications and take their final step out of the school gates.

For many families, this is the case. But for others – especially Black and ethnic minority parents – their children will become one of the 22 young people every day who are permanently excluded from a UK school. There’s no doubt about it: school exclusions are a direct violation of our right to education, as set out in the European Convention on Human Rights.

Watch our documentary, Excluded, to hear about the impact of exclusions from young people themselves.

However, the harm does not end with the denial of education. Human rights are interdependent principles that cannot work to their full potential without each other. Much like you may rely on a cup of strong coffee to power you through a particularly gruelling day, the right to a good standard of mental health depends, in part, on the right to education. If young people miss too much school, our mental health can deteriorate. If our mental health worsens, we miss too much school – and so on.

A human-rights based approach to education would ensure that every decision made by schools would be underpinned by young people’s fundamental human rights.

This is why a human-rights based approach to education in the UK is the best and most effective way forward for our young people. This is becoming the case in Scotland, where the government has committed to incorporating the United Nations Convention on the Rights of the Child (UNCRC) into Scots law by the end of the parliamentary term. This historic victory was the result of a tireless campaign – children, young people, and adults alike worked together in order to ensure that children and young people’s rights under the UNCRC gained legal protection in Scotland.

So, how would a human-rights based approach to education help to halt school exclusions and end the cycle of crime? Well, firstly, it would ensure that every decision made by schools would be underpinned by young people’s fundamental human rights. That means that every young person, irrespective of their gender, race or socioeconomic background, would be treated fairly and with dignity. It would empower students to stand up for their human rights and give them the ability to take their case to court if they believe their right to education has been violated. Above all, it would place an onus on schools to be accountable to human rights legislation.

Research has shown that school exclusions exacerbate pre-existing mental health problems, as well as disproportionately punishing pupils who are already struggling. In other words, there is a tendency within schools to completely remove at-risk children from the school grounds, rather than solve the underlying that lead to their exclusion. Few people would argue that a punishment unfairly targeting those with mental health problems is fit for purpose. 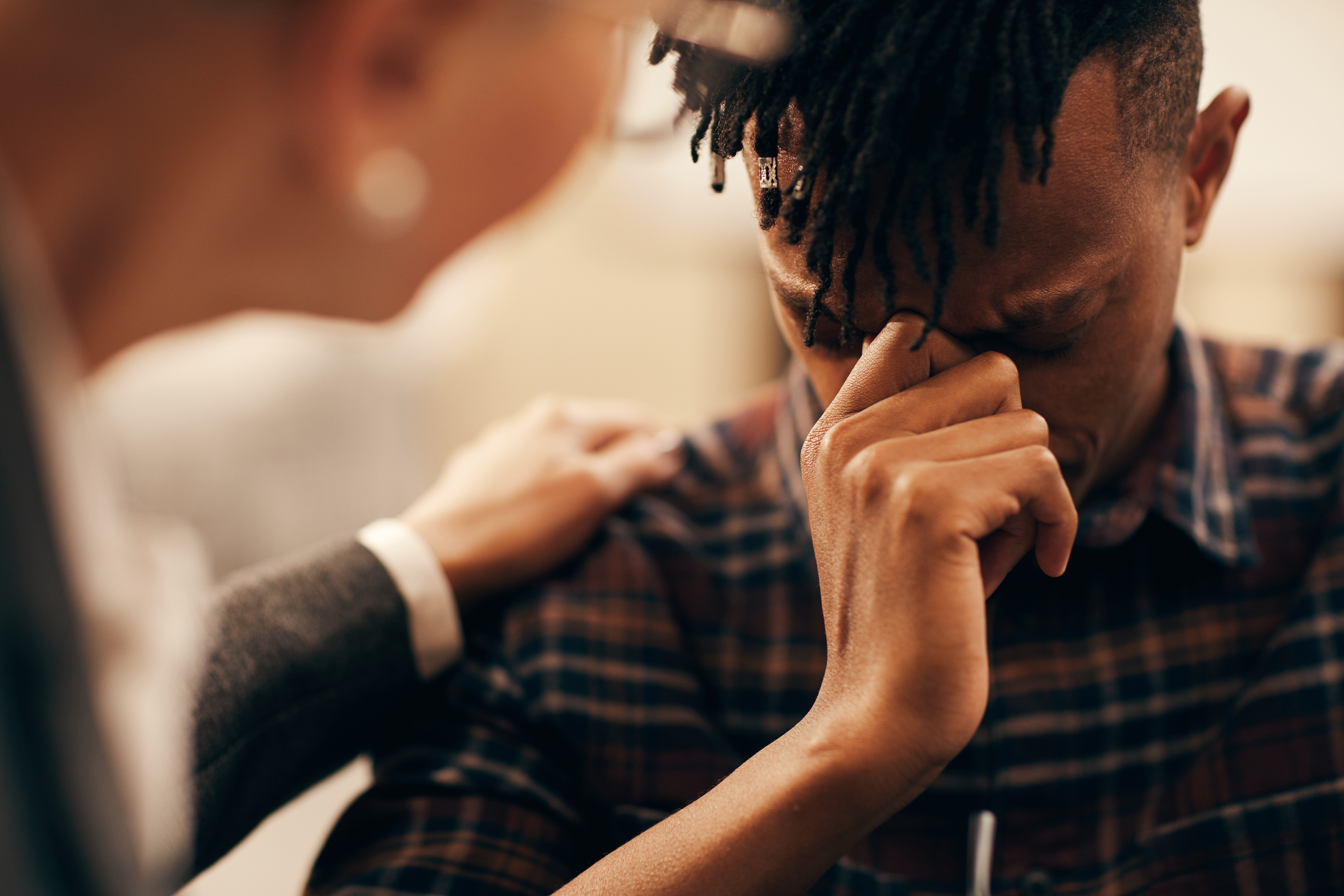 Young man worried about his problem and talking about it with the woman comforting him. (Image Credit: AnnaStills/Motion Array)

The exclusions system is deeply unfair and a world away from the right to be treated equally regardless of race. Black Caribbean pupils are three times more likely to be permanently excluded than white pupils. As a result, it comes as no surprise that Black young people are more likely to experience run-ins with the police: increased use of stop and search powers, higher rates of arrests, imprisonment and harsher sentences are all symptoms of a deeper issue that paints young Black people as ‘dangerous’, and it often starts at school.

The school to prison pipeline illustrates how codes and punishments on school grounds criminalise children from a young age – and increase their likelihood of ending up in the criminal justice system in later life. While the theory was coined in America, it can be used to describe a variety of societal issues. Let’s take knife crime, for instance. Almost a quarter of young people in England who have carried a knife in the past year have experienced school exclusion and young people who carry weapons in Scotland are at least two times as likely to have been excluded from school.

Not many people would argue that school exclusions are the sole cause of criminal behaviour, but it’s obvious that it plays a vital role in kick-starting the cycle of crime. 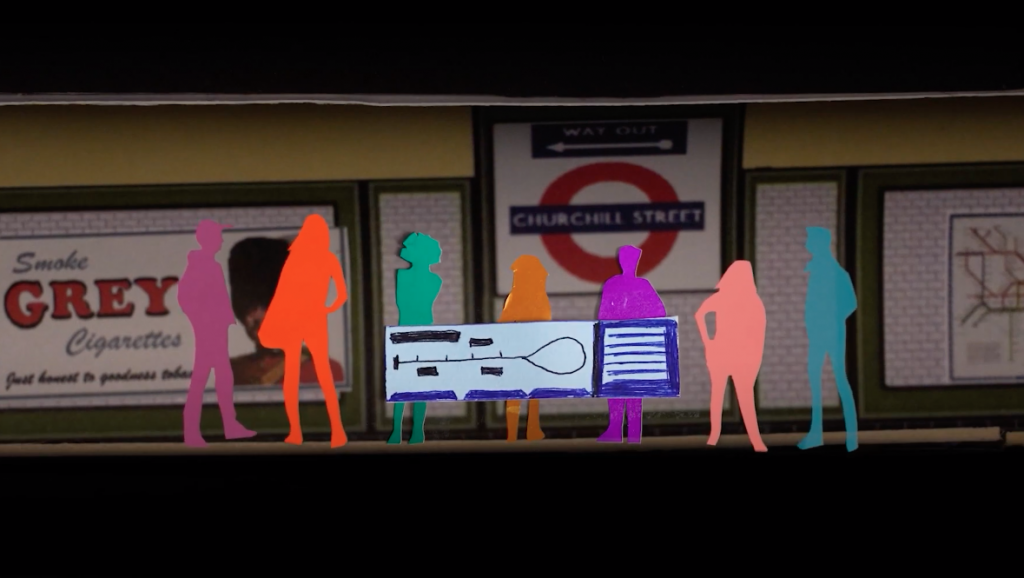 A still from an animated segment of ‘Excluded,’ showing how young activists staged a protest on the Tube against school exclusions. Credit: EachOther

It’s not just knife crime that is increased by school exclusion. The University of Edinburgh has found that children who are excluded before the age of 12 are four times more likely to end up in prison. When you add in the fact that a large proportion of prisoners come from very poor socioeconomic backgrounds, it seems very unlikely that social exclusion is not a leading cause of crime. How can we expect young people to prosper if we isolate them without the robust and effective support that they need?

Young people who display disruptive behaviour are removed from places that they once thought of as safe, with people who are trained to help them, and are pushed into unfamiliar territory with the same underlying problems.

To put this all into context, let’s imagine that I have a broken alarm clock. It makes a buzzing sound constantly and the noise keeps me from completing any tasks. I could try to fix the alarm clock, but instead, I hide it under layers of blankets where I cannot see it to mask the sound. When it gets too loud to cope with, I force my friend to look after it. I can no longer hear the sound, I can get my work done, and the alarm clock no longer bothers me – but I haven’t fixed it. The problem still exists, but it exists somewhere else, where I don’t have to deal with it.

Young people who display disruptive behaviour are removed from places that they once thought of as safe, with people who are trained to help them, and are pushed into unfamiliar territory with the same underlying problems. Young people with difficult home lives are placed back into toxic, sometimes abusive, households.

If we want to stop poor behaviour in schools and end the cycle of crime, we can’t afford to push our young people away. It’s time that we adopted a human-rights based approach to education – one that takes into account the unique experiences of every single pupil. The blanket approach of removing the most at-risk children has been failing for far too long. Young people deserve a positive future and by implementing a human-rights based approach that focuses on early intervention, that’s exactly what we will give them. 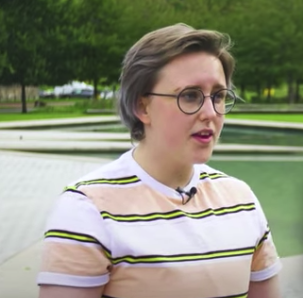