By How We Used The Human Rights Act To Win For Disabled Children Everywhere, 14 Jul 2015
Cameron Mathieson (Credit: BBC News)

Every good human rights case starts with someone saying ‘that can’t be right’. What couldn’t be right in the Mathieson case was the rule which suspends payment of disability benefits to sick disabled children once they have been in hospital for 84 days.

The rule affects hundreds of families every year and has been the subject of a long-running campaign by two national charities, Contact and Family and The Children’s Trust.

One of the affected families was the Mathiesons. Their son Cameron, a three-year-old boy, had lost his benefits once he had been an NHS inpatient for 84 days. The family contacted the charities, who put them in touch with lawyers who had been supporting their campaigning so that they could challenge the decision.

A Rule Affecting Thousands Of Families Every Year

The Supreme Court took a very different view, and one that focussed much more on whether the Secretary of State’s justification for the rule could really withstand scrutiny. None of the Justices found that it did. In large part that conclusion was due to the evidence of the charities, supplemented by written evidence from the Citizens Advice Bureau at Great Ormond Street Hospital.

This evidence showed that the Mathieson family’s case was not just a ‘hard case’ but was typical of the problems families with disabled children face when their children are hospitalised. It was essential in Mathieson that charities, affected families and lawyers worked together closely to take this test case forward.

Not Just A Hard Case The Human Rights Act was vital to the success in the Supreme Court in Mathieson. Not only does it bring the prohibition on discrimination in Article 14 ECHR into English law, it also provided the gateway for the court to consider the other relevant human rights treaties – the UN disability and children’s conventions. By contrast to the lower courts these treaties were central to the approach of Lord Wilson, who gave the leading judgment in the Supreme Court. This is a further sign that the rights contained in the wider human rights treaties are now being taken seriously by the highest court.

Like many human rights cases involving disabled children, the appeal in Mathieson was funded in part through legal aid. As legal aid isn’t available in the First-Tier Tribunal, the lawyers supporting the family acted pro bono at that stage. Some limited exceptional legal aid funding was granted in the Upper Tribunal and standard legal aid paid for the appeal to the Court of Appeal and the Supreme Court. Without legal aid funding it is very unlikely that this appeal could have reached the Supreme Court and this discriminatory rule would still be undisturbed.

A final lesson from the Mathieson case is the importance of perseverance. Human rights challenges are difficult, and many fail in the lower courts.

A final lesson from the Mathieson case is the importance of perseverance. Human rights challenges are difficult, and many fail in the lower courts. It was only through the courage and tenacity of this family, who were willing to keep going even after Cameron sadly died, that the Supreme Court had the opportunity to consider the rule and to ensure that Cameron’s human rights would be respected, if only retrospectively.

The Mathieson judgment has obvious and important implications for other families with sick disabled children in hospital – including over 16s, who lose payment of their benefits after only 28 days. It also has much wider implications for children and disability rights cases generally. Not least of these is to show that the rights contained in the UN conventions can be made real when read through the lens of the Human Rights Act.

Stephen Broach is a barrister at Monckton Chambers. This post was written with the approval of the Mathieson family. If you want more information, you can read our Human Rights Story summary of the case, the Supreme Court’s judgment and press summary. 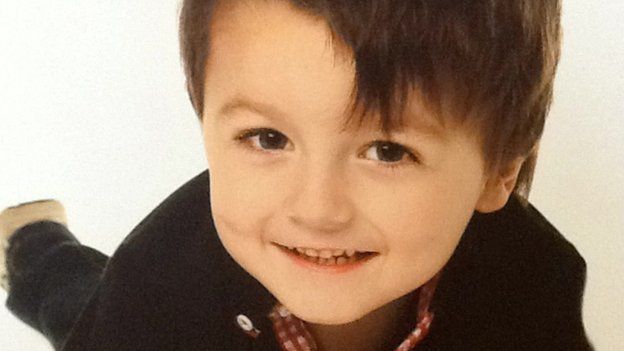 How We Used The Human Rights Act To Win For Disabled Children Everywhere
Visions / 17 Mar 2022 Should Access To The Internet Be A Human Right?
Institutions / 22 Jun 2022 Why It Is Vital To Know Your Rights
Institutions / 21 Jun 2022 We Need The Rule Of Law
Institutions / 20 Jun 2022 How British Is The European Convention On Human Rights?
Discrimination / 17 Jun 2022 Does The Mainstream Media Treat All Refugees Equally?