As Ramadan Begins, A Very Brief Introduction To The Right To Freedom Of Religion

By As Ramadan Begins, A Very Brief Introduction To The Right To Freedom Of Religion, 6 Jun 2016

Today is the first day of Ramadan, the period when Muslims fast every day from sunrise to sunset to mark the ninth month of the Islamic calendar, when some scholars believe the Quran to have been revealed.

In this religious period, we look at the right to freedom of religion in more detail.

What does the European Convention on Human Rights (ECHR) say?

Article 9 of the ECHR says:

(1) Everyone has the right to freedom of thought, conscience and religion; this right includes freedom to change his religion or belief and freedom, either alone or in community with others and in public or private, to manifest his religion or belief, in worship, teaching, practice and observance.

This is incorporated into UK law by the Human Rights Act. It means that you can go to a court to have this right protected by a judge.

What do we mean by ‘belief’? Belief in this context means more than mere opinion, it must be a genuine holding of a spiritual or philosophical conviction. The courts have found that this includes non-religious beliefs such as atheism, agnosticism, veganism and pacifism, and the State has no discretion to determine whether these beliefs, or the means used to express them, are legitimate.

What are the main protections under Article 9?

The right to hold or change beliefs under Article 9 is absolute, and cannot be interfered with by the State. Public authorities can’t stop you from practising your religion without a good reason, and you can’t be forced to demonstrate views or behaviour associated with a particular religion – this means that it would be unlawful to require somebody to swear an oath using a particular religious text. The State is not able to force somebody to reveal their religion.

How are these protections limited? The freedom to express your religion or beliefs only covers actions and gestures that are intimately connected to the religion or belief in question. This covers, for example, the ability to wear religious clothing, to talk about one’s beliefs or to take part in religious worship.

This may become contentious when a person is seeking the freedom to express their religion in a way that impacts upon others, perhaps at work or school. The courts have therefore had to consider in which circumstances this right should be limited. One such instance is where a person’s expression of religion could affect the health or safety of other people. For example, your right to express your religion by wearing a cross is protected if you work behind a desk, but not if you work as a nurse and there are concerns about hygiene.

An example where the courts decided that Article 9 did not apply was where a group of parents tried to overturn the ban on corporal punishment of children in schools. These parents believed that part of the duty of Christian education was for teachers to take on the parental role, which involved the freedom to administer physical punishment. However, the courts decided that the parents’ rights under Article 9 were limited by the children’s right to be protected from physical harm.

In an important case against France, the European Court of Human Rights decided that the French ban on face covering, which was generally understood to be aimed at banning the niqab, did not breach the applicant’s Article 9 rights. The Court accepted that the ban was necessary for “living together” harmoniously.

Is anybody not covered under Article 9? The courts have had to consider who is capable of exercising rights under Article 9. They found that in addition to individual people, the right also applies to organisations with religious and philosophical objectives, such as the Church of England. However, Article 9 does not apply to profit making corporations. 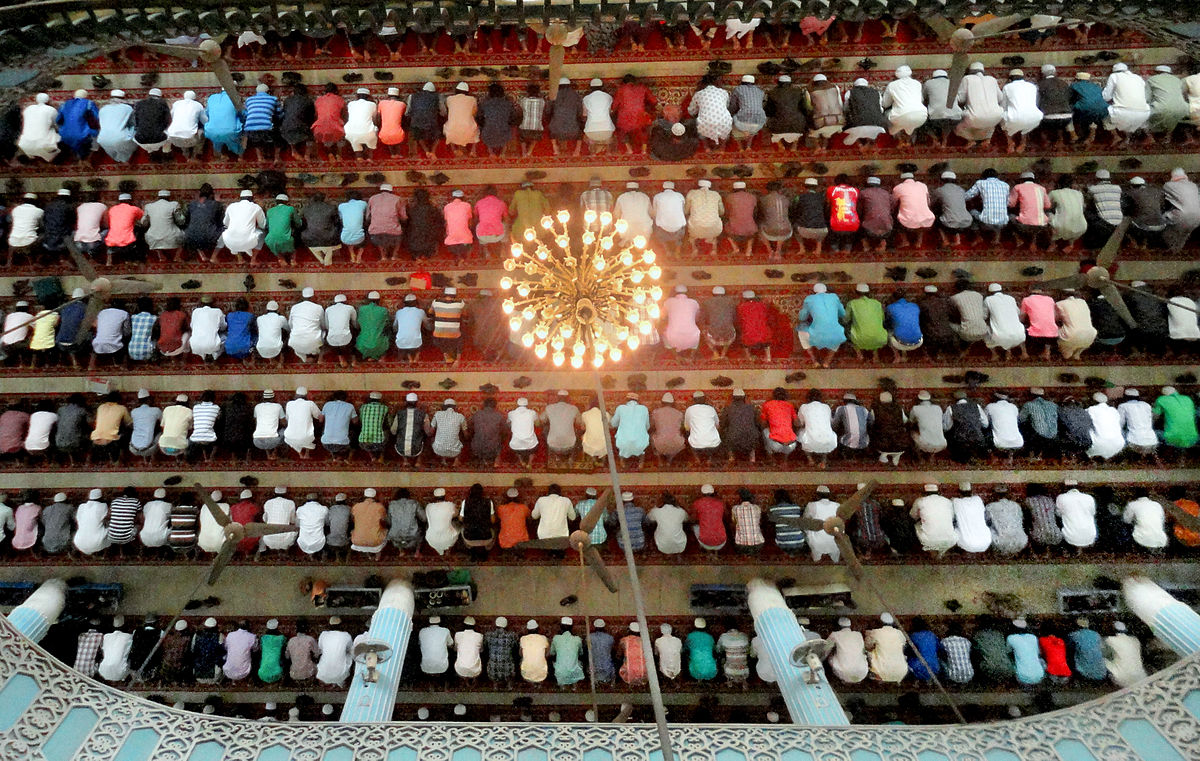 As Ramadan Begins, A Very Brief Introduction To The Right To Freedom Of Religion
Visions / 17 Mar 2022 Should Access To The Internet Be A Human Right?
Institutions / 22 Jun 2022 Why It Is Vital To Know Your Rights
Institutions / 21 Jun 2022 We Need The Rule Of Law
Institutions / 20 Jun 2022 How British Is The European Convention On Human Rights?
Discrimination / 17 Jun 2022 Does The Mainstream Media Treat All Refugees Equally?