By Children Forced Into Poverty Due To 'Hostile Environment' Policy, Charity Claims, 28 Feb 2019

Thousands of children across Britain are living in severe poverty and suffering from mental health issues because of the Home Office’s ‘hostile environment’ policy, new research by charity Project 17 warns.

Not Seen, Not Heard: Children’s Experiences of the Hostile Environment has found that many children of parents, whose immigration status means they are not entitled to mainstream benefits or homelessness assistance, are living in destitution and feel socially isolated, distressed, ashamed and unsafe.

Section 17 of the Children Act 1989 places a duty on local authorities to safeguard and promote the welfare of children ‘in need’ in their area. This statutory provision has become an essential safety net for children whose parents are unable to access mainstream housing support or welfare benefits such as Child Tax Credits.

This is called having ‘No Recourse to Public Funds’ (NRPF) and means that parents cannot access the usual government support they need to look after their children – to feed them, clothe them, and provide them with somewhere safe and comfortable to call home.

However, the report finds that many local authorities are routinely failing to provide essential support to such children. Six in ten families supported by Project 17 were unlawfully refused support when they first approached their local authority.

Home Office policy is said to have pushed the burden of supporting children living in families with NRPF onto local authorities. But the pressures of austerity and cuts to local authority budgets have seen councils largely unwilling to provide such support.

As a result, it’s claimed that hostile ‘gatekeeping’ methods have been introduced, and section 17 assessments focus “excessively” on the credibility of the child’s parents at the expense of a focus on the child. Not Seen, Not Heard found that in some cases, families were forced to sleep in churches, on buses or in accident and emergency departments because they were wrongly denied support by local authorities in London. Of the 17 children interviewed for the report, a quarter had been left street homeless by a local authority.

Nine-year-old Joel reported having to sleep in A&E after he and his mother were turned away by social services. “We had to keep going to McDonald’s every night and we would also go to A&E,” he said, “I would have to wear my school clothes and sleep like that.”

Joel continued: “They would say we have to sleep where the people wait but it’s just like lights and there is nothing colourful there. The chairs were hard…I felt sorry for my mum because she had to stay up and my head had to be on her lap. She had to stay awake, her eyes were open like 24/7, all night and all day so she could watch over me.”

Project 17’s research found that even where local authorities were providing section 17 support, it was often so meagre that families were still unable to afford essentials such as school uniform, food and transport.

82 per cent of children interviewed during the study reported not having enough money to meet their family’s essential needs, with a single mother and child who were interviewed living off just £35 a week.

READ MORE: The UK Is Letting Our Children Down On Food Poverty. Here’s What Needs To Happen >>

Jade, age 12, spoke of how she regularly misses lunch:

“I don’t get free school meals. My mum has to pay for my meals but sometimes I don’t eat lunch because like she needs to get money. Sometimes my belly will just hurt.” The research also highlighted that the challenges of having NRPF and the interconnected barriers to accessing local authority support have a significant emotional impact on children and young people.

Children reported feeling socially isolated, distressed, angry, ashamed and unsafe. 10-year-old Shanice and her family were accommodated by their local authority in a hostel 14 miles away from her school.

Speaking to Project 17, Shanice said she felt scared in the property as other residents were taking drugs:

“I felt a bit safer at school but when it was home time, I would kind of cry inside because I would know where I was going. I didn’t feel safe when I got back there.”

According to an NRPF Network data summary, it is consistently demonstrated that the primary reason for people being able to “establish a sustainable pathway out of dependency” on social services’ support is “being granted a form of leave to remain allowing recourse to public funds.”

Project 17 have launched a campaign to ensure children in families with NRPF are ‘Seen and Heard’. They are campaigning to make sure all children have the right to a home and enough to eat, regardless of immigration status.

They are also calling for action from the government and local authorities to ensure that the immigration status of parents should not be held against their children, some of the most vulnerable and disadvantaged young people in the UK.

It is also hoped that the Home Office will put an end to applying the NRPF condition to individuals granted leave to remain on human rights grounds.

You can find out more about Project 17’s aims, and get involved by visiting their website. 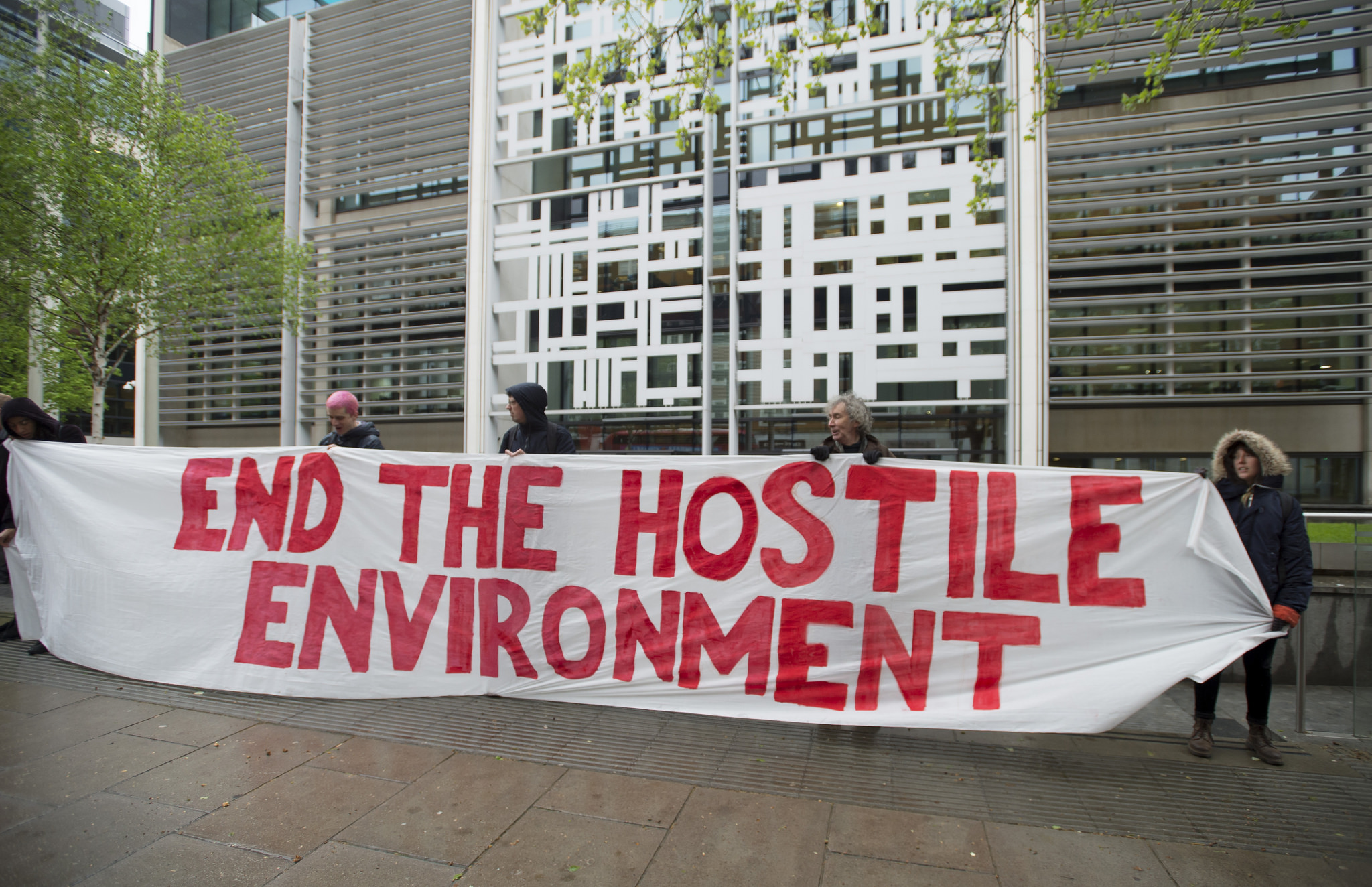 Children of parents whose immigration status means they are not entitled to mainstream benefits are living in destitution and feel unsafe.

Children of parents whose immigration status means they are not entitled to mainstream benefits are living in destitution and feel unsafe.