Harassment Warning Notices Are A Human Rights Issue. Here’s Why.

By Harassment Warning Notices Are A Human Rights Issue. Here's Why., 23 Nov 2018

Police can issue harassment warning notices, or Police Information Notices (PINs), to individuals where there are allegations of harassment or stalking. However their use has been criticised because there is no appeal procedure and some police forces have stopped using them.

What Exactly is a Harassment Warning? Credit: What Do They Know

Harassment warnings – properly called Police Information Notices (PIN) – are not covered by any legislation, as they do not constitute formal legal action.

They are issued by police following an allegation of harassment which, if true and repeated, would amount to an offence under the Protection from Harassment Act 1997. Under the Act it is a criminal offence to pursue a course of conduct (more than one instance) which amounts to harassment against another person, where the person pursuing the conduct knows – or ought to know – that their behaviour amounts of causing harassment, alarm or distress. There needs to be at least two separate occasions where someone’s behaviour can be said to amount to harassment.

The PIN lets the recipient know that a complaint has been received and that a charge may follow if the harassment complained of is repeated.

While the warning is not a criminal record it is recorded on the Police National Computer and can remain there indefinitely as it is not covered by the Rehabilitation of Offenders Act 1974.

If a person subject to a harassment warning wanted to work with vulnerable groups and underwent an Enhanced Disclosure and Barring Service check it is likely it would be revealed to future employers.

Does a Harassment Warning Affect your Human Rights?

The answer to this is possibly ‘yes’ as a harassment warning could amount to a quasi-criminal penalty without a fair hearing.

Article 6 of the Human Rights Convention, is one of our most celebrated and important rights as it protects the right to a fair trial. It states that “in the determination of his civil rights and obligations or of any criminal charge against him, everyone is entitled to a fair and public hearing within a reasonable time by an independent and impartial tribunal established by law”.

If a complaint of harassment is made the police can issue a PIN without investigating whether there is any basis to the allegation. The person issued with a PIN cannot consent it – as they would be able to reject a criminal caution – and there is no formal process for appealing the issuing of a PIN.

As well as appearing on enhanced DBS checks, if any future prosecution is undertaken then the PIN will be treated as evidence of a previous course of action.

Human Rights advocates have been concerned about PINs for some time. In 2015 the House Of Commons Home Affairs Committee produced a report critical of harassment warnings. The report noted “The lack of any procedure for appealing against a PIN can feel very unfair to recipients… the intended recipient of a PIN should at least be given the opportunity to give their account of the situation before a police decision is made on the issuance of a PIN. This is not happening in many cases at the moment.”

Last year a joint report by Her Majesty’s Inspectorate of Constabulary and Her Majesty’s Crown Prosecution Service Inspectorate recommended that “chief constables should stop the use of Police Information Notices and their equivalents immediately” because they were being used inappropriately in many cases.

How PINs Have Been Abused The case of Songs of Praise presenter and former Blue Peter presenter, Diane Louise Jordan, shows how PINs can be misused.

In 2015 Jordan was issued with a PIN for harassment in 2014. The allegations were subsequently shown to be fabricated and her accuser was convicted of perverting the course of justice.

However, despite being innocent of harassment Jordan spent three years trying to have the PIN removed – her career suffered and many charities she was working with refused to be associated with her. She stated she felt “guilty until proven innocent”.

In another case a local newspaper journalist, Gareth Davies, was issued with a harassment warning when he approached a suspected fraudster for her comments on an article he was writing. The woman was later jailed for 30 months for a £230,000 fraud.

Davies complained to the Independent Office of Police Conduct (formerly the Independent Police Complaints Commission) but his complaint was rejected. It was only when he started legal proceedings through a judicial review arguing that his human right to free expression under Article 10 of the Human Rights Convention had been violated, that the police backed down and revoked the notice.

Are PINs Useful to Victims of Harassment and Stalking?

We have withdrawn the issuing of Police Information Notices (PINs) to improve our response to stalking & harassment https://t.co/cvX4OgMoaq pic.twitter.com/fRsOnvpXoS

PINs are not necessarily helpful to genuine victims of harassment, as they may not stop any problematic behaviour against them. While the recent government review found that many people issued with PINs were not given a fair hearing, it found that equally, because PINs lacked a statutory or legal basis they gave victims of harassment a false sense of security.

Victims often wrongly believed that PINs had some form of legal standing, and that to breach one was a criminal act which would result in arrest and police action.

In many cases – particularly those involving domestic abuse – the police issued PINs as a matter of ‘solving’ a crime and closing the matter down when they should have carried out a thorough investigation and taken positive steps to protect the victim from future harm.

Two years ago, Surrey Police conducted an internal review of the use of PINs and concluded that in a large proportion of cases the PINs had not been issued appropriately, that some investigations had not been as thorough as they should have been and that some risks to victims had been missed.

In November 2016, Surrey Police decided to stop using PINs altogether and in July 2017 Bedfordshire Police did the same.

Clearly more thought is required to balance the interests and rights of victims of harassment and alleged perpetrators. 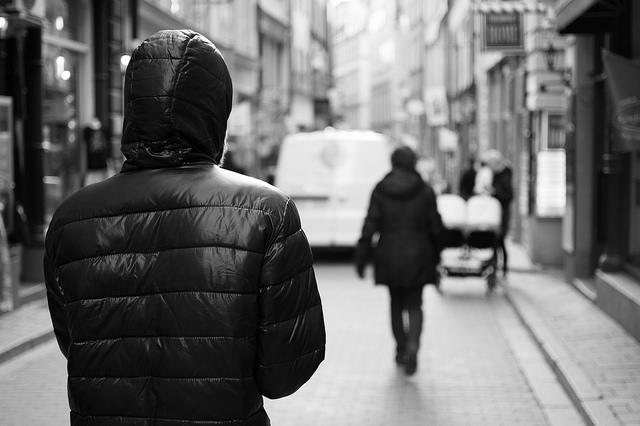 Harassment Warning Notices Are A Human Rights Issue. Here's Why.

Police issue harassment warning notices where there are allegations of harassment. However, there is no appeal procedure, which may breach human rights.

Police issue harassment warning notices where there are allegations of harassment. However, there is no appeal procedure, which may breach human rights.