Assisted Dying Debate Begins in Guernsey, Which Could Become First Place in British Isles To Pass Such Laws

By Assisted Dying Debate Begins in Guernsey, Which Could Become First Place in British Isles To Pass Such Laws, 17 May 2018

The Channel Island of Guernsey has begun considering a bill that would legalise assisted dying for people with terminal illnesses. If it passes, it would lead to the island becoming the first jurisdiction in the British Isles to allow such laws.

The bill is backed by the island’s President of the Policy and Resources Committee, Gavin St Pier, whose decision to support the legislation was shaped by his father’s death from cardiovascular disease nine years ago.

Speaking to the Huffington Post, he recognised that it “wasn’t a death he would have chosen for himself. He very clearly wanted to be in control and, of course, he wasn’t.”

He added that he believes there is “pretty strong evidence that there is public support for this,” alongside six other members of the States of Guernsey.

‘A Lack of Outline on Funding and Logistics’

However, despite support from St Pier, the Committee itself will not be supporting the legislation, owing to the lack of outlines for funding and logistics. St Pier has also backed down from several of his original proposals.

[There is] pretty strong evidence that there is public support for this.

Discussions are expected to carry on throughout today and tomorrow, with St Pier opening yesterday deliberations yesterday by arguing it was “the right thing to do”.

“It is often said that this is an immensely complex moral, ethical and legal issue,” he explained. “But at its heart is very simple principle – that of autonomy and the right to self-determination.

“Increased rights of autonomy and self-determination is self evidently the right thing to do even if we disagree with the choices made and never choose to exercise those rights ourselves. So it is with assisted dying.”

Division and Debate on the Issue of a ‘Right to Die’ While the Human Rights Convention protects our right to life via Article 2, there is no similar ‘right to die‘, with the Human Rights Court previously ruling that a blanket ban on assisted death does not breach our fundamental rights.

However, there have been a number of campaigns aiming to challenge this in the British Isles, such as the case of Diane Pretty, and more recently Noel Conway, both of whom claim they should be allowed autonomy over their death.

Similarly, there have also been divided opinions in this case, with the Guernsey Branch of the British Medical Association (BMA) opposed to the measures. In an issued statement, they argued that a focus on “end of life care plans” should be prioritised instead. Likewise, doctors must be registered with the General Medical Council, a body that classifies assisted suicide as a criminal offence.

Someone near the end of life needs emotional support, comfort and care, good pain control, respect and loving communication – not suicide on prescription

Conversely, neighbouring islanders seem to support the bill.  For example, a poll run by Jersey’s Bailiwick Express found that of the approximately 1,000 islanders sampled 90.6 percent of them said that they would support assisted dying in Jersey, whilst only 9.4 percent of respondents rejected the idea.

Meanwhile, a recent survey of 733 medics on doctors.net.uk found that 55 percent agreed or strongly agreed with the case for assisted dying, with 43 percent opposed, and 2 percent of no opinion.

Church leaders in Guernsey are opposed to the bill, with Philip Egan, the Bishop of Portsmouth whose diocese includes Guernsey, urging Catholics to “speak out against this proposal.”

The former Archbishop of Canterbury, George Carey, however, has spoken in favour, stating his belief that assisted dying would not be “un-Christian”.

Could the UK Block The Bill If It Passes? Although Guernsey is part of the British Isles, and thus held under “territories for which the United Kingdom is responsible,” the island is independent of the United Kingdom when it comes to enacting legislation, save for the Privy Council. Therefore, Guernsey is able to largely skirt around much of the Suicide Act 1961. Under this Act, assisted suicide is punishable by up to 14 years imprisonment.

However, given the nature of the islands’ autonomy, concerns have been raised that the Privy Council could withhold Royal Assent from the bill. The President of Guernsey’s Home Affairs Committee, Mary Lowe, has in turn suggested that islanders would still be subject to punishment by UK courts if they were involved in assisted dying, thanks to the extra-territorial reach of the Act.

Both of these concerns were raised recently by Lord Falconer, the former Lord Chancellor and Secretary of State for Justice, and an advocate for assisted dying.

In a letter to St Pier, he described any possibility of the Privy Council acting to withhold Royal Assent as having “no precedent,” whilst UK courts acting against its practice would be an “abuse of process,” owing to the distinction between Guernsey and UK laws.

Where is Assisted Dying Legal?

Assisted Dying in the UK

1967 – Suicide is decriminalised as an offence, however, it remains illegal to assist someone to end their life.

2002 – Diane Pretty loses a legal battle where she argued it was her human right to be allowed to chose her own death.

2014 – Lord Falconer tables an Assisted Dying Bill in the House of Lords. However, despite passing its second reading, the bill ran out of time due to the General Election.

2015 – Labour MP Rob Marris introduces a bill based on Falconer’s proposals to the House of Commons. A free vote was granted, but only 118 MPs voted in favour, to 330 against. A second attempt to pass the Scottish End of Life Assistance Bill in Scotland also fails.

2017 – Noel Conway, a terminally ill man, has his appeal for a right to die rejected at the High Court.

Assisted dying continues to be a contentious issue on a global level, with only a tiny number of nations and jurisdictions enshrining the practice in law.

So far, all attempts to legalise it in the United Kingdom have failed, however, there are some notable exceptions both in Europe and further afield.

Assisted dying has been legal in The Netherlands since 2001, and accounts for 4 percent of all deaths. The law dictates that such a decision can only be administered by doctors in cases of “hopeless and unbearable” suffering. Belgium adopted similar guidelines in 2002.

Switzerland permits assisted suicide for non-selfish motives by an omission in the law. One may be prescribed a lethal drug as long as the recipient is active in its administration. 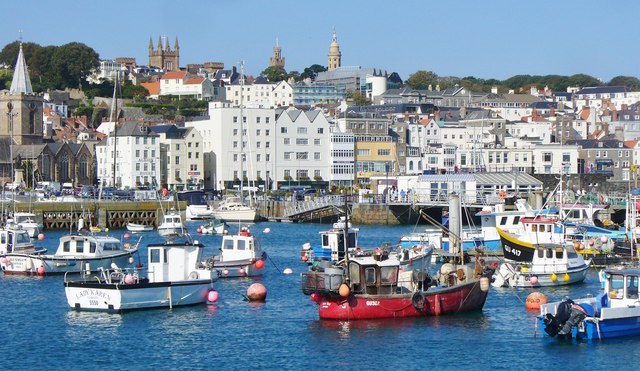 Assisted Dying Debate Begins in Guernsey, Which Could Become First Place in British Isles To Pass Such Laws

The Island of Guernsey could become the first place in the British Isles to pass assisted dying laws.

The Island of Guernsey could become the first place in the British Isles to pass assisted dying laws.