GRA Reform – We’re Listening To The Voices Most Affected

The proposed changes to the Gender Recognition Act could be a watershed moment for the rights of transgender people in the UK.

The Gender Reform Act (GRA) was ground-breaking when it was passed 14 years ago as the result of a human rights case brought by Christine Goodwin. It allowed trans people to legally change their name on their birth certificates.

But, as trans rights have advanced globally, it has become clear that there are many problems with the legislation.

It requires a psychiatric diagnosis of “gender dysphoria” which can be stigmatising and enforces the idea that being trans is a form of psychological or mental illness. Then they must undergo a bureaucratic, invasive and often dehumanising process to change their name on their birth certificate.

The process involves living in their “acquired” gender for two years and then submitting medical evidence to a panel, who the applicant never meets, to make the final decision. The panel may decide that their lived gender identity is inauthentic and there is no right to appeal their decision.

The process is also closed to 16 and 17-year-olds and doesn’t account for non-binary identities, where a person identifies neither as male or female.  Since it was introduced, less than 5,000 of the estimated 200,000 to 500,000 trans and non-binary people in the UK have gone through the process.

So, what was 14 years ago a transformative moment for the human rights of transgender people in the UK is in desperate need of reform.

In response to the government’s consultation on reforming the GRA for England and Wales, which closes at the end of this week on Friday October 19th 2018, there has been a great deal of media coverage which paints trans people as a threat to our society.

This is reminiscent of how certain sections of the media covered lesbian and gay rights in the 1980s.

This hostile coverage only serves to foster division and make people with genuine questions reluctant to ask them.

It is inevitable that radical change, particularly in an area which may be new and unfamiliar to many people, can breed uncertainty and even fear. People should be encouraged to respectfully ask questions and engage in meaningful discussion. This is natural and healthy and should not, it itself, ever be labelled as transphobic.

At RightsInfo we are determined to challenge the dangerous myths about trans people and propagated by sections of the media and some campaigners.

We want to inspire people to think again about these reforms from an empathetic and well-informed perspective.

That is why over the next week we will be running a mini-series on the proposed GRA reforms focusing on the voices of the people affected most: trans people and their families. 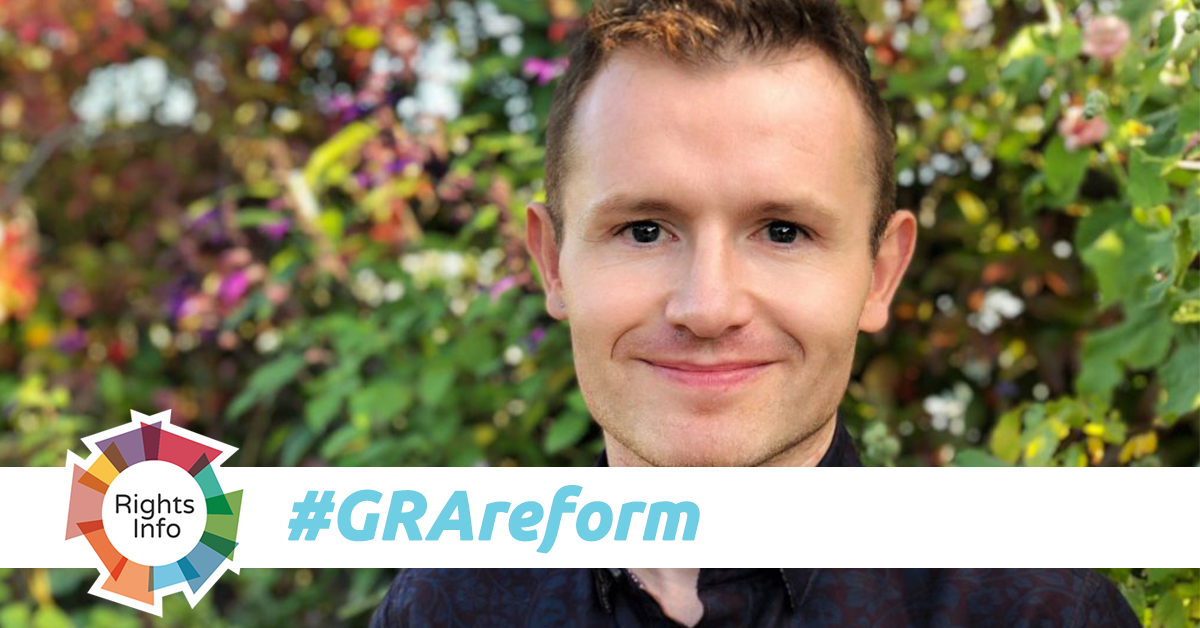 GRA Reform - We're Listening To The Voices Most Affected

RightsInfo is running a series of articles on proposed changes to the Gender Recognition Act, focusing on the voices of people most affected by the current legislation: trans people and their families. RightsInfo CEO Alex Feis-Bryce explains why.

RightsInfo is running a series of articles on proposed changes to the Gender Recognition Act, focusing on the voices of people most affected by the current legislation: trans people and their families. RightsInfo CEO Alex Feis-Bryce explains why.