From Green Spaces To Air Pollution, We Aren’t All Treated Equally When It Comes To The Environment

By Zeena Elhassan, Aziz Journalism intern 29 Jan 2021
A banner which writes 'There is no Planet B' at a climate change protest. Credit: Unsplash

He pointed to disasters such as flash floods, coastal flooding, wildfires, infectious diseases, extreme heat and pollution. As well as being directly related to climate change, all of these examples pose significant threats to our right to life, as protected by Article 3 of the Universal Declaration of Human Rights.

However, despite the pleas of Alston and many campaigners for immediate action, some 18 months later, on 26 January, we faced the news that the UK’s Environmental Bill will be delayed for another six months. The bill, first introduced in July 2018, sets vital targets for improving the UK’s natural environment.

“Time and time again the Government tells us that ‘urgent action’ is needed to restore nature, that it will ‘build back greener’ and that we can’t afford to ‘dither and delay’”, said Rebecca Newsom, Head of Politics at GreenPeace UK. “What then is it playing at by delaying the most important piece of environmental legislation for decades?”

While it is essential we do not lose sight of the global threat that climate change poses, it is also vital that we appreciate the very real, and very local threats to our lives and rights. More often than not though, this is not felt equally, and it is a pressing human rights issue for the Government.

Here are just three issues to focus on, illustrating why our efforts need to be intersectional.

Access To Green Space Has Become A Pressing Issue 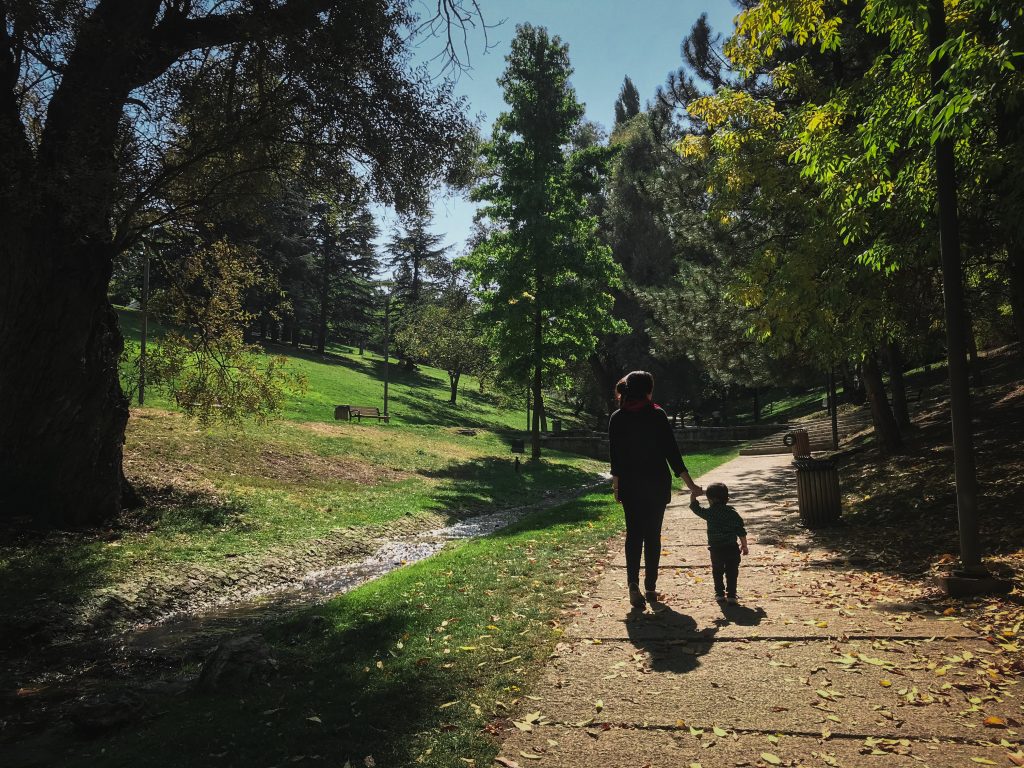 A mother and a toddler walk on a park pathway covered with trees. Credit: Unsplash

A major issue brought into focus by the ever-changing regulations around the coronavirus pandemic has been the disparity in access to outdoor space.

Whether through taking strolls or outdoor exercise, being able to access outdoor space has a significant impact on our overall health and wellbeing. However, just how accessible are outdoor green spaces to all of us?

Black and Asian people are more likely to live in urban areas with a deficiency of access to green spaces, meaning that they not only need to travel further to access space, but it may also be of a lower quality and size.

Almost 40 percent of people from these backgrounds live in the most green-space-deprived areas, compared to just 14 percent of white people. While the Office for National Statistics (ONS) has also found that just over one in five households in London do not have access to a private garden, which is also true of 37 percent of Black people in Britain nationally.

We all need access to nature and open green space as an antidote to the everyday stressors of city living, and not least the anxiety-inducing impact of this COVID-19 crisis.

“If there has been a benefit from this Corona period, for many it’s the enjoyment of the natural world, and a heightened awareness of nature’s capacity to offer us respite and rejuvenation,” says Beth Collier, who has conducted extensive research into access to green spaces.

Stressing the importance of access for all, she adds: “We all need access to nature and open green space as an antidote to the everyday stressors of city living, and not least the anxiety-inducing impact of this COVID-19 crisis.”

It is also worth comparing this data with other areas. The overlap between overcrowded households, low-income families and limited access to outdoor spaces means that children, who have been home learning for much of the pandemic, have spent even longer indoors.

As well as the emotional benefits of evoking meditative feelings, reducing frustration and connecting with nature, exposing skin to sunlight for vitamin D intake has been shown to be vital for maintaining a healthy immune system throughout the pandemic and beyond.

Since skin with higher melanin pigmentation does not absorb as much UV radiation, Black and Asian people can exhibit a vitamin D deficiency, one of the risk factors in COVID-19 susceptibility.

Racial and socioeconomic disparities are thrown into stark relief when considering housing, access to green open space, our living arrangements and the consequences for physical and mental health throughout the pandemic.

Climate Refugees Will Emerge In Nations Worldwide – Even Here 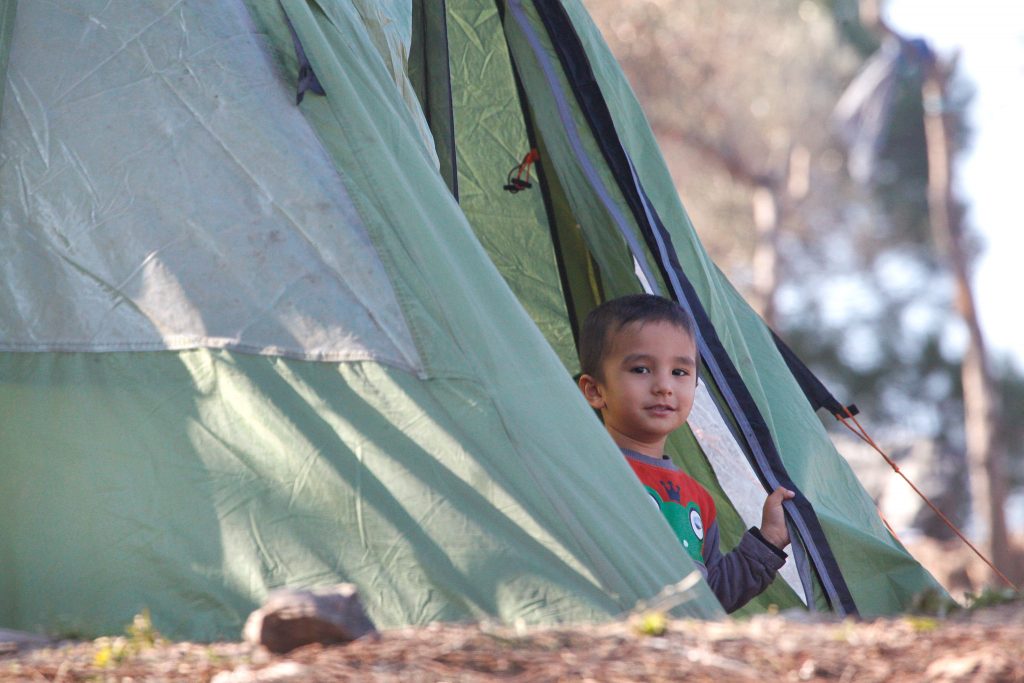 Climate refugees are, in short, exactly what they sound like: people who have been forcibly displaced as a result of environmental factors caused by climate change. Much like refugees fleeing persecution or conflict, it is those who are already economically vulnerable that will bear the brunt of climate change’s effects.

However, for climate refugees, they currently have limited legal protection, primarily because the term is a comparatively recent concept, thanks to the rapid and destructive nature of global warming. It’s estimated that there will be 200 million climate refugees by 2050.

It is vital to apply an intersectional lens when looking at these climate justice issues. Both in the Global South, which includes regions of Latin America, Asia and Africa, and within minority communities living in wealthy nations, the struggle of climate change disproportionately affects black, brown, and poorer communities. Meanwhile, those with wealth will be able to buy their way out of the effects of the crisis.

Environmental racism, the unequal access to a clean environment or basic environmental resources based on race, means that countries in the Global South will face greater effects – but the UK will also have its own climate refugees sooner than we think.

This is a wake up call for the country. This is going to happen elsewhere. Sometimes you have to see someone else go through it. We just happen to be the first.

For residents of Fairbourne, a village in Gwynedd, North Wales, the moment is already nearly here. Due to the threat of sea-level rise and coastal flooding, residents have been informed that all 450 houses, a pub, post office and several shops will be decommissioned by 2054.

While still several decades away, this means that money will no longer be spent on protecting the community and businesses that reside there. It has been seven years since residents were informed, and they still do not know when they will move, or where, or how, if at all, this will be paid for.

“This is a wake-up call for the country,” resident Bev Wilkins told The Guardian. “This is going to happen elsewhere. Sometimes you have to see someone else go through it. We just happen to be the first.”

Even if the world’s governments succeed in reversing increasing emissions in line with the climate commitments in the Paris Agreement, sea levels are set to rise for centuries. In the UK, they have risen by 15.4cm since 1910, and the Met Office expects them to rise by as much as 1.2m by 2100.

Currently, there are 1.6 million people in the UK whose homes are at risk of flooding, but this is due to rise to up to 3.6 million by the 2080s. As with other environmental issues, those in socioeconomically deprived areas will likely face the most long-term effects.

Air Quality Is Also An Issue Of Environmental Racism 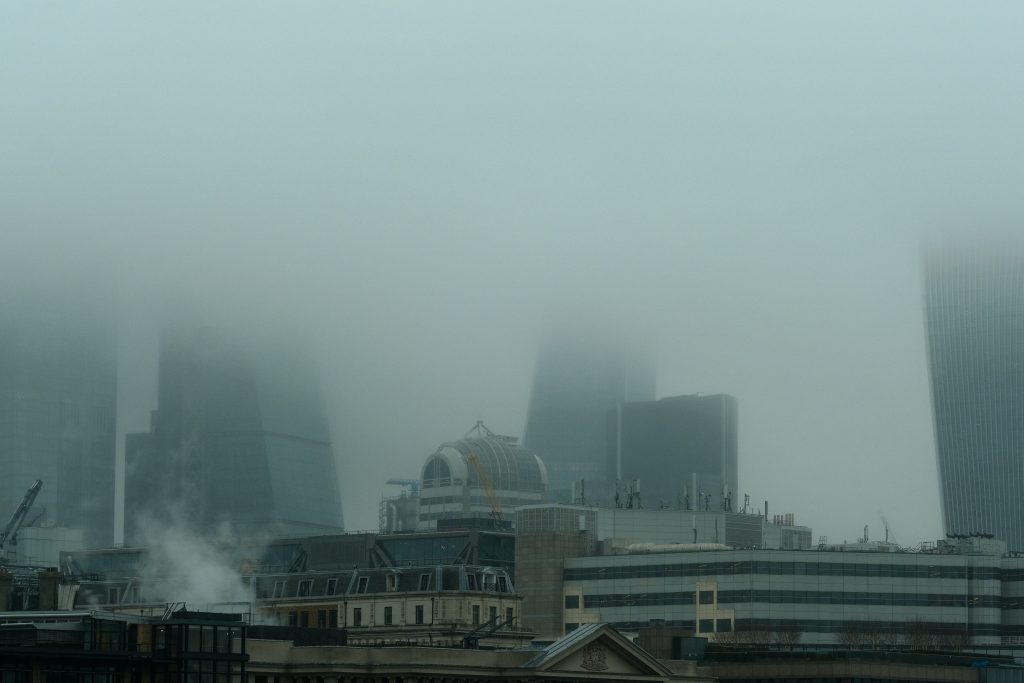 Air quality has always been a pressing issue, but even more so since the coronavirus hit. Research into COVID-19 deaths suggests that air pollution could be a significant contributor to the risk of fatality, with higher rates of deaths in areas with higher air pollution.

The London Borough of Newham, for example, has some of the highest coronavirus death rates, as well as the highest levels of air pollution in the UK. It is also one of the UK’s most deprived areas, where 78 percent of residents are from ethnic minorities

However, the impacts of air pollution go beyond its interaction with coronavirus. Speaking to EachOther, Destiny Boka Batesa of the campaign group, Choked Up, said: “Air pollution is everywhere. From commuting to school to ice-cream vans coming around my old estate in the summer, its impacts [seem] abstract [but is] even more dangerous.”

“I’ve been exposed to dangerously polluted air all my life, directly affecting my loved one’s asthma attacks, leaving me feeling so helpless and worried.” She added that being part of the Choked Up campaign has finally given her and others the chance to voice these anxieties.

A study conducted for the Mayor of London Sadiq Khan also showed how Black, African and Caribbean people account for 15.3 percent of all Londoners exposed to nitrogen dioxide (NO2) levels which breach EU limits.

As well as being one of the main causes of asthma attacks, claiming 36,000 lives a year, long-term exposure to nitrogen dioxide and other pollutants from road traffic can have significant impacts on other aspects of our health.

While charities such as Asthma UK and the British Lung Foundation have pushed the Government to commit to stronger and safer legal limits in the Environmental Bill, some fear that now we are no longer held accountable by EU directives, communities in deprived areas will continue to be neglected.

Our voices are criminally underrepresented in the environmental movement. We do not feel as though the Government takes our narrative seriously enough, or at all.

It comes after the death of nine-year-old Black school girl Ella Kissi-Debrah in 2013 became the first to be officially attributed to air pollution, in a landmark case last year. Her mother, Rosamund Kissi-Debrah, commenting on the uphill struggle it has taken to secure justice, said: “I think I have to work harder. I’m not resentful. That’s the way it is. Should it be that way? Probably not.” She continued that Black people in the UK are less affluent than other ethnic groups and less likely to be able to spare time for meetings, protests or lobbying.

“Our voices are criminally underrepresented in the environmental movement,” agrees Destiny. “We do not feel as though the Government takes our narrative seriously enough, or at all, and if anything, it is extremely hurtful.

“My working class and Black identities intersect wholly into this campaign, as we want the Government to enshrine and protect Black and Brown communities in clean-air laws.”

Addressing environmental issues cannot be isolated from acknowledging how deeply ingrained structural racism, classism and other inequalities exacerbate the consequences for our most marginalised communities.

However, it is often these same communities who are overstretched, with fewer resources and political clout to oppose these injustices, making it even more vital that we all make our voices heard.

What Is The Environmental Bill? 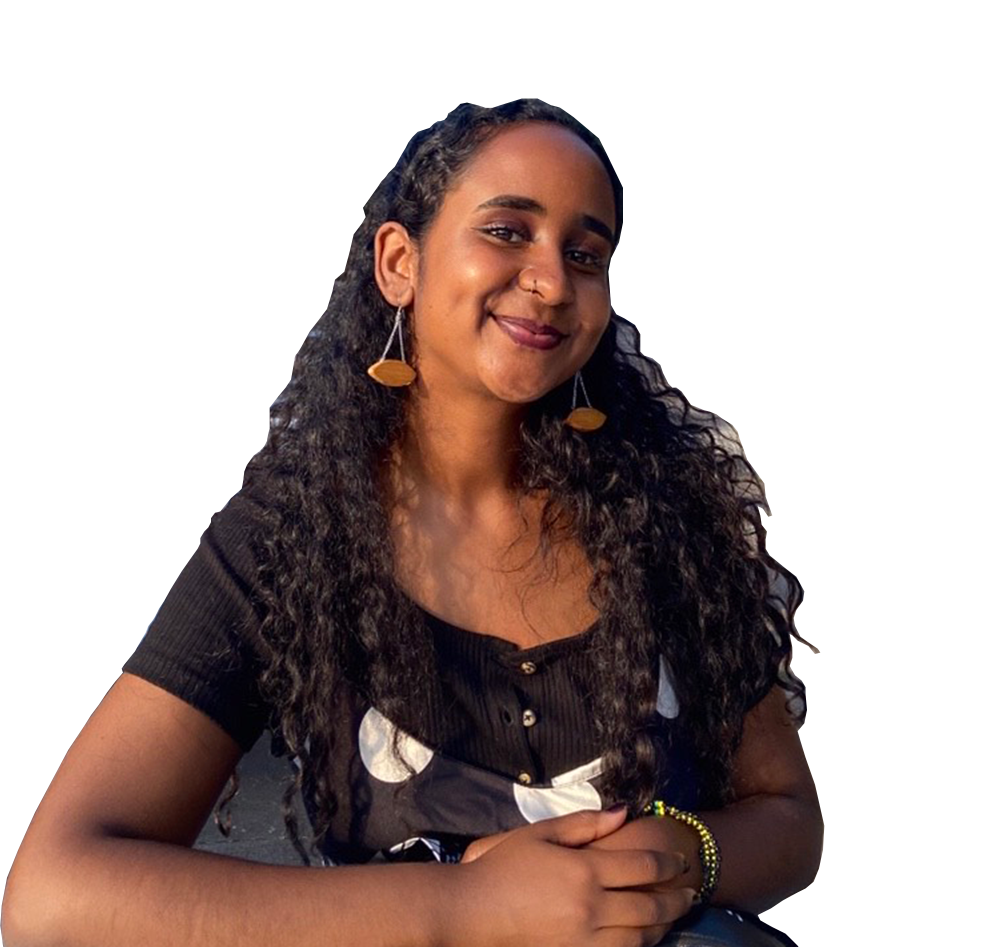