For Gypsy, Roma and Traveller Communities, May 6th Offers an Opportunity To Be Heard

Through a new campaign, The Traveller Movement is encouraging Gypsy, Roma and Traveller communities to vote next month.

The upcoming elections across the United Kingdom on May 6th will affect the lives of people up and down the land. Comprising of mayoral, local and police and crime commissioner elections, along with elections for the Scottish Parliament and National Assembly of Wales, May 6th will be an important moment, shaping the experience of local communities, especially those marginalised by society.

The Traveller Movement works predominantly with Gypsy, Roma and Irish Traveller communities – minority ethnic groups that have contributed to British society for centuries and yet remain very much marginalised. They have launched #OperationTravellerVote to “ensure Gypsies, Roma and Travellers are registered to vote and, most importantly, have their voices heard during elections”.

If a community’s voice is being silenced or going unheard, this democratic juncture offers a chance to vote for someone who promises to do better.

If a community’s voice is being silenced or going unheard, this democratic juncture offers a chance to vote for someone who promises to do better. May 6th gives people across the country that opportunity.

If an individual is unsure which party has policies which most closely reflect their own priorities and beliefs, The Traveller Movement has a handy manifesto guide that breaks down each of the main parties’ relevant promises into handy categories. 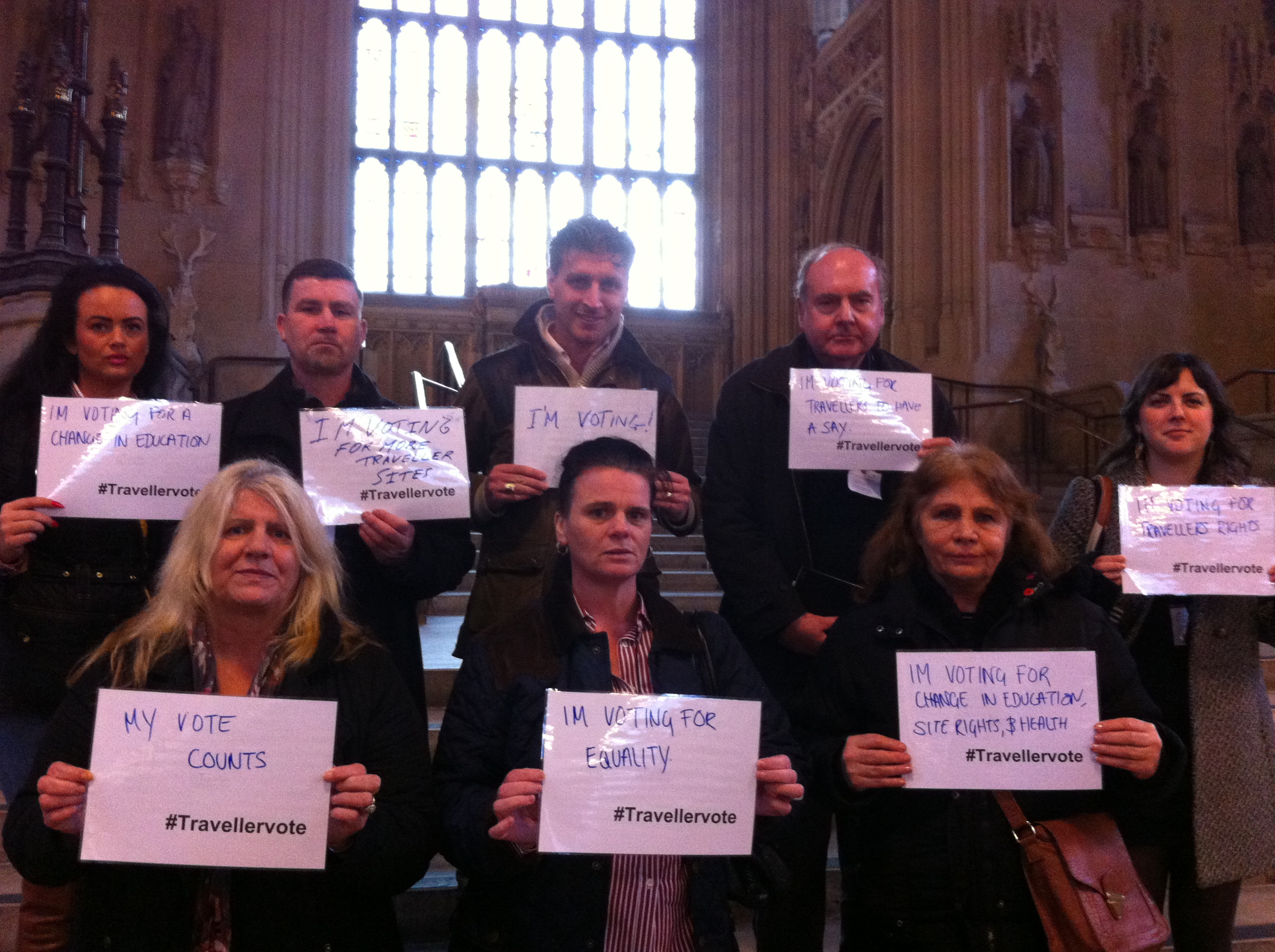 Taken at Parliament in 2015 (Credit: The Traveller Movement)

Economic turmoil, following a decade of austerity, against a backdrop of a generational pandemic, has driven many Gypsy and Traveller families into hard times. Travellers are describing this as “a crisis in the community”. For generations, they have already been widely considered to be among the most socioeconomically excluded communities in the UK.

With a much lower average life expectancy than the general population, Travellers also have a higher rate of infant mortality, maternal death and stillbirths than the population at large. Racist sentiments in the media and from other parts of society target Traveller and Gypsy communities, while young Travellers are one of the most at-risk groups in terms of access to education.

Government at all levels rarely includes Travellers’ views adequately in the planning and delivery of public services. May 6th allows people to change that.

The Traveller Movement partnered with us to create the videos below on why you should vote:

Education / 8 Dec 2020 As An Irish Traveller, School Transformed My Life – With Empathy, Not Exclusion
Discrimination / 29 Jul 2020 'It Wasn't A Choice For Me': The Gypsy, Roma And Traveller Campaigners Fighting Prejudice
Discrimination / 21 Jan 2020 'Victory' For Traveller Communities Against Blanket Council Bans
Discrimination / 11 Dec 2019 Operation Traveller Vote: 'The Fight To Make Our Voices Heard Does Not End With This Election'
Equality / 29 Nov 2019 Does the right to vote matter?
Institutions / 29 Nov 2019 Put Down Those Cat Videos and Register to Vote
Women / 29 Nov 2019 Key moments in the fight for women to vote