In the current climate, human rights reporting is more important than ever before.

As we’ve recently recruited a new Editor, how other journalists approach human rights issues is something we’ve been thinking about at EachOther. Many of the CVs we received showed that often journalists started writing about human rights while they were at university, and at the hundreds of different student publications around the country. Many of those publications are members of the Student Publication Association.

EachOther was introduced to SPA through our first full-time Editor Jem Collins, who is a SPA Trustee. In 2018 she was responsible for recruiting me to be a judge on the design awards at the conference in Cardiff. I was impressed with their awards process. Later that year, we sponsored two awards ourselves – Best Human Rights Story and Best Human Rights Journalist – presenting them for the first time in 2019 at the conference in York.

We ran the same awards in early 2020 and were very much looking forward to the awards ceremony planned for Sheffield later in the year. Due to the pandemic, it was postponed and then eventually – despite the best efforts of the organising committee – moved online. 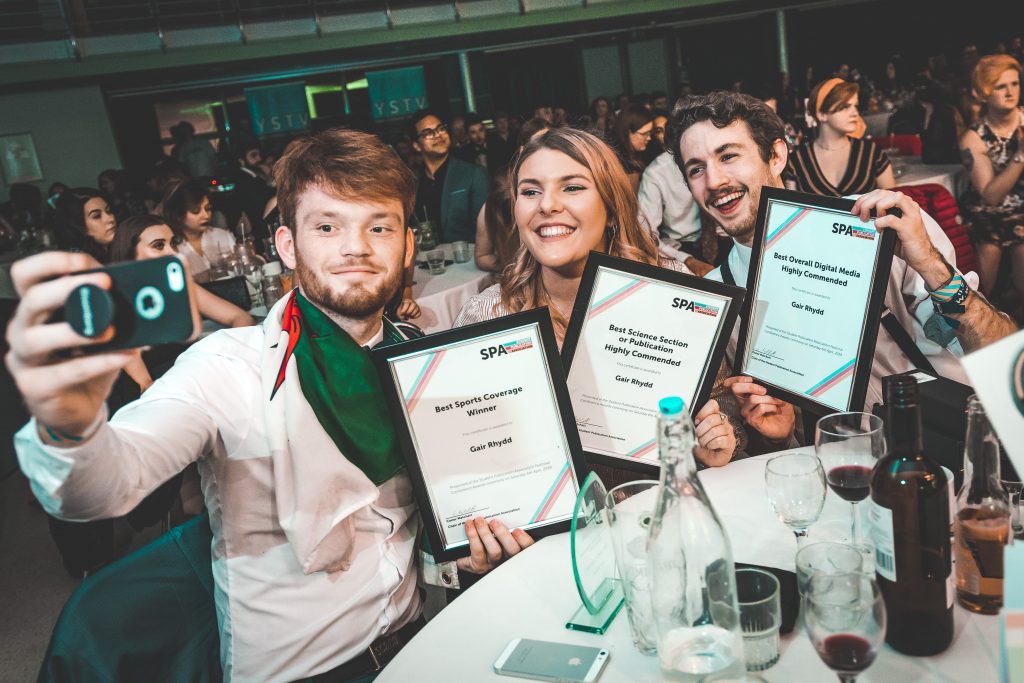 When the entries came in for the two categories last year, we were surprised to discover that we didn’t have many applicants for the Best Human Rights Journalist, but instead had a fabulous range and diversity of submissions for Best Human Rights story.  Having had discussions with the SPA team, we decided to collate both sets of submissions.

Last September, I got to present four awards for that one category, and we got to celebrate four incredible stories. (You can read the winner, runner-up and two highly commended stories below).

We decided that for this year we needed to have a rethink about the remit for our awards to student journalists to be clearer about what we feel constitutes a great human rights story.

We’d been so impressed by the sheer innovation in the story category, and we wanted to ensure that continued this year. There were articles, opinion pieces and long reads; we had video submissions, fashion spreads, theatre reviews, stories about strikes, stories about blood donation, microaggressions, about race and LBGTQIA+ issues. We also wanted to be clearer in the criteria as to what we were looking for. 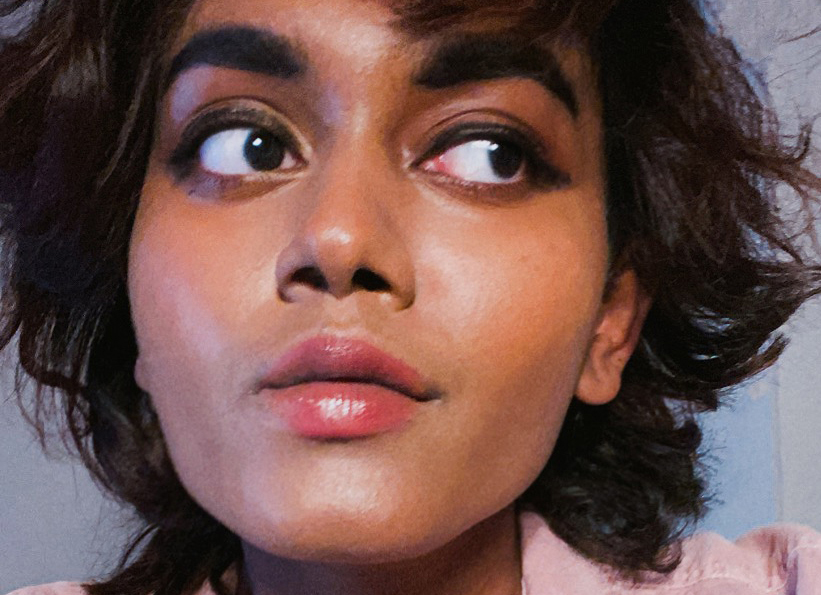 Neha, who was highly commended, told me that they’d been concerned about what a human rights story might look like: “I think I had assumed that a ‘human rights story’ would constitute things like speaking to marginalised people, interviewing destitute people or refugees, etc. That was something I personally wanted to avoid in my own writing for fear of slipping into exploitative territory, [and] being aware that I was writing for a student paper in a very upper middle class white populated university. My dilemma there was, why should I write these stories that can steer so closely to trauma porn considering the viewership.”

So, this year – heeding opinions like Neha’s – we’ve reworked the ask. We’re just going to focus on one award this year, and we’ve amended the criteria to encourage people to be creative as to what they think a human rights story might be, and what format it might take.  The criteria for the submission can be found here while the link to submit is here. The deadline is 23:59 on Wednesday 14 April. 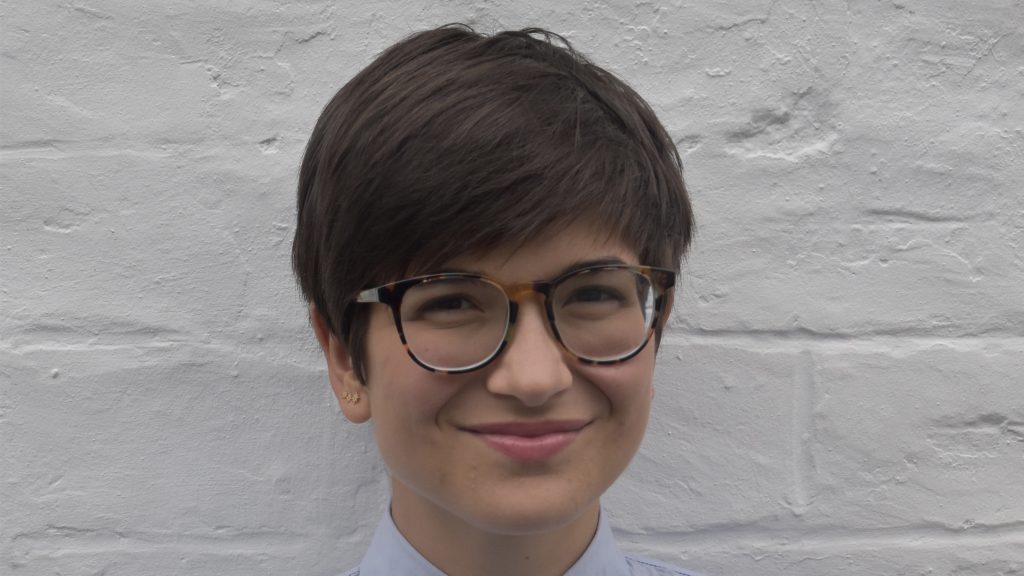 Lucia Posteraro – we loved her really strong piece of video journalism and her empathetic capture of people with lived experience. It was an absolutely clear choice for the overall winner: Talking to Glasgow’s homeless, The Glasgow Guardian

5,873 applications for homelessness assistance were filed in Glasgow in 2019. It is an 11% increase since the previous year, the largest in Scotland. I truly wanted to respond to facts with a story that stresses the human tragedy hiding behind simple numbers. That is also why I decided to make a video report which captured the nightly attempts of shelter volunteers and staff to live up to the city’s motto: People Make Glasgow. […] Most importantly, I like to believe that the report shows how everyone, from unpaid contributors to the City Council’s staff at the Shelter, makes an effort to improve the life of individuals whose main fault was to go through a rough patch and not have sufficient support at the time. The focus on human dignity in the piece was a priority when interviewing people under considerable emotional stress, even more so as they faced another night in search for hope and a humane treatment.

Izabela Chmielewska – was runner-up with her well-constructed piece on a really under-reported issue:  Blood, Sex and Bias, Swell Magazine

Government legislation prevents sexually active gay and bisexual men from donating blood even if it’s perfectly safe to use. Izabela Chmielewska speaks to the men campaigning for change. After Ethan’s failed attempt to donate blood, he decided to set up the Freedom To Donate, an organisation that campaigns against the existing UK policy. Freedom To Donate successfully lobbied the government to change the deferral period for gay and bisexual men who are sexually active from 12 months to three in 2017. However, Ethan says the fight is nowhere near finished.

Universities adore Prevent policies. Quite recently, an Independent investigation showed that essays were getting turned into Prevent from Universities. Yet Prevent is a hostile, xenophobic approach to terrorism, and does not take into account insidious white nationalist ideologies that are beginning to take root on University campuses. A student’s right to dignity in study is infringed upon egregiously, with profiling, stereotyping, and the prioritisation of a certain type of terrorist. This piece looks at the methods of white nationalist radicalisation, but also the perpetrators; websites, journalistic spins, and academic institutions.

And secondly, Colin Vanelli’s piece on cleaning staff at the London School of Economics (LSE) was an example of clear, determined and considered reporting: LSE cleaners sound alarm on “second class” treatment, two years after in-sourcing, The Beaver

Colin’s investigation into a “culture of degradation” for cleaning staff at LSE broke the story on a number of critical rights issues facing cleaners at the School and in the broader university community. This piece documented and substantiated a worrying pattern of mistreatment: allegations of differential treatment, overwork, and managerial harassment; LSE’s demand that cleaning staff submit to biometric sign-in procedures; and complaints of retaliation over previous strike action. Its focus on cleaners’ mental health, developed in interviews with nearly two-dozen cleaners, put a human face to an issue that often fails to gain traction among student bodies. The investigation received significant attention on campus and in the broader London university community and helped to centre a broader resurgence of workers’ rights activism at LSE. The piece received direct attention from the LSE Directorate, who attacked the reputation of our paper but was unable to discredit any key allegations within the piece, many of which were being reported for the first time.