EachOther is delighted to announce our new editor, Dhruva Balram, and Aziz Foundation Journalism Intern, Khadija Kothia, both of whom will contribute to our drive for original and quality journalism. 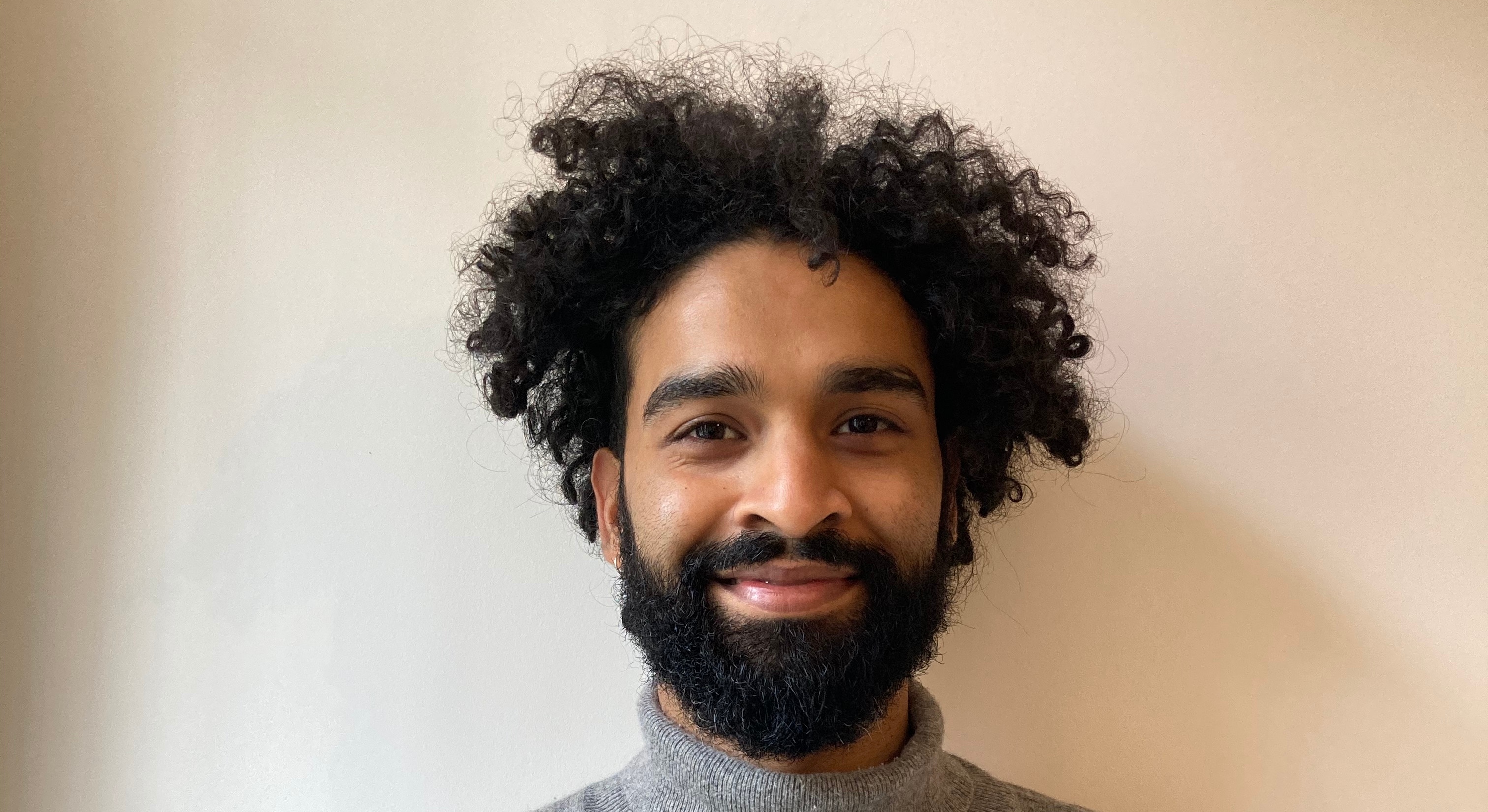 Dhruva Balram joined the team on Tuesday and has been writing professionally for nearly a decade. His experience as a freelance journalist across four countries and continents enriches his ability to write on a multitude of human experiences. Dhruva has previously written for the likes of The Guardian, Vice, NPR, GQ, DJ Mag and Huck Mag, and has also guest lectured at Goldsmiths University on ‘Anti-Blackness in the South Asian community’. Dhruva recently co-edited a book of essays, Haramacy, that amplifies under-represented voices from South Asia and the Middle East.

Speaking about his appointment, Dhruva said that he was excited to take on a role which helps shape human rights discourse in the UK.

“There’s potential to do so much, and I’m excited to shine a deserved light on marginalised issues.”

Dhruva’s vision as editor for EachOther includes bringing the organisation further into a journalistic sphere with a focus on long reads, interactive features and slow journalism.

“Using our manifesto as our base, I want to help Sarah Wishart and Andy Hull drive the organisation to its deserved next steps while ensuring rigorous editorial standards are maintained.”

Khadija Kothia has also joined the team for three months. She has previously been the Editor of her university newspaper, The SOAS Spirit, and an intern at The Guardian, as well as working with organisations such as Freedom from Torture and Centre for Media Monitoring. Khadija enjoys using research and journalism as a means to highlight social inequalities and make journalism more inclusive.

Khadija also recently completed her Master’s degree in MSc History of International Relations from LSE, which was funded by an Aziz Foundation scholarship. Her current journalism internship was also offered through the Foundation, who aim to support British Muslims to bring positive change within under-represented industries.

Speaking about her appointment, Khadija said, “I am thrilled to be given this opportunity to expand my journalism skills within a supportive environment and write about such important topics.”

“I particularly admire EachOther’s ‘nothing about us without us’ approach, which allows marginalised groups to speak about issues from their personal perspective. Providing a platform for under-represented voices can make a huge difference to diversifying the industry.”

In her first week with the EachOther team, Khadija has been busy updating our social media accounts with interactive threads and is currently pitching stories and researching for her first opinion article with us.

Sadly, we are often unaware about the human rights that protect us. EachOther’s educational purpose is necessary and ever-timely.

EachOther chief executive officer, Andy Hull said about the appointments: “Dhruva and Khadija both join EachOther at an exciting time, as we set about turning the words of our new strategy into action, putting the human into human rights. They each have an impressive track record of amplifying the voices of people whose rights are at risk. Their independent journalism is set to take EachOther’s storytelling to the next level.”

Sarah Wishart, EachOther’s creative director and editorial lead – added, “We’re so happy to welcome Dhruva and Khadija to the team – it was a really competitive process for both positions and we’re over the moon to welcome such skilled people with exciting ideas for the next chapter in our story.”