It is a happy coincidence that World Poetry Day coincides with the International Day for the Elimination of Racial Discrimination. Few tools in the fight for racial equality have been as powerful as poetry.

Racism is premised on the bizarre idea that humans are reducible to a few racial features. It reduces us from thinking, feeling and complex individuals into pre-determined categories. And then it stereotypes those categories to sow seeds of separation and proliferate prejudice. It dehumanizes people by asserting that superficial shades of skin and arbitrary outcomes of ancestry make some humans less human than others. In our world as it is today, forged through the wrongs of empire, eugenics and slavery, people of colour bear the brunt of this burden.

Poetry shows that racism is absurd by reminding us of a truth often forgotten: beneath the superficial features that distinguish us are common human foundations we share. We share a desire to be treated with respect. We yearn to be free. We demand equality.

Take the blinders from your vision,
take the padding from your ears,
and confess you’ve heard me crying,
and admit you’ve seen my tears.

Hear the tempo so compelling,
hear the blood throb in my veins.
Yes, my drums are beating nightly,
and the rhythms never change. Angelou first shames the indifference of the white supremacy that oppresses her. She shows us how racism makes the oppressor blind and deaf to the hurt and suffering of the oppressed. And how artificial ‘blinders’ dehumanize both the oppressor and oppressed. The pain of this dehumanization is expressed through Angelou’s tears.

Angelou then forces her oppressor to recognise her unbreakable humanity. The ‘throb’ of her flowing blood invokes the most basic similarity of human life. And her cries for equality and freedom, beating nightly, never changing, show that she shares the most complex of all human capacities: the ability to dream determined dreams.

In I, Too Langston Hughes invokes the inevitability of a better tomorrow. Published in 1945, around ten years before the start of the American Civil Rights Movement, Hughes’ poem inspired a generation that changed the world. I, too, sing America.

I am the darker brother.
They send me to eat in the kitchen
When company comes,

But I laugh,
And eat well,
And grow strong.

Tomorrow,
I’ll be at the table
When company comes.
Nobody’ll dare
Say to me,
“Eat in the kitchen,”
Then.

Besides,
They’ll see how beautiful I am
And be ashamed–

The separate tables and segregated meals indicate the second-class citizenship that racism imposed on Americans of colour. But Hughes’ poem urged them to never lose zest, no matter how harsh the insults and indignities faced. The poem is also a stark response to his oppressors; Hughes proves that he is just as human as they are. He experiences the same simple pleasures they do: the joy of breaking bread and laughing over a hearty meal. Take some Picts, Celts and Silures
And let them settle,
Then overrun them with Roman conquerors.
Remove the Romans after approximately 400 years
Add lots of Norman French to some
Angles, Saxons, Jutes and Vikings, then stir vigorously.
…
Sprinkle some fresh Indians, Malaysians, Bosnians,
Iraqis and Bangladeshis together with some
Afghans, Spanish, Turkish, Kurdish, Japanese
And Palestinians
Then add to the melting pot.
Leave the ingredients to simmer.
As they mix and blend allow their languages to flourish
Binding them together with English.
Allow time to be cool.
Add some unity, understanding, and respect for the future,
Serve with justice
And enjoy.

Note: All the ingredients are equally important. Treating one ingredient better than another will leave a bitter unpleasant taste.

Warning: An unequal spread of justice will damage the people and cause pain. Give justice and equality to all.

Zephaniah demonstrates that varied ancestries and languages infuse vitality into our national life. This does not only help people of colour, it benefits us all. He echoes another great poet, Martin Luther King Jr, in emphasizing that discrimination anywhere is an affront to everyone, everywhere.

George the Poet is another UK-based poet who is working through issues around race and identity. In Can I Have A Word, he refers to one of the UK’s most notorious race killings, Stephen Lawrence, and explains why despite racism he still uses the word “nigger” in his poetry:

I am my brother’s keeper
Cos hate is deep but love is deeper
Everything we’ve been through is a crying shame but
We’re living proof Stephen didn’t die in vain. We
Run our own businesses and go to university, Ra-
Shid makes his decisions, most of you have heard of me be-
Cause I’ve expressed some views that weren’t unheard. That’s got
Nothing to do with the fact I use a certain word. Many
Of us live in a world where bigger dreams suffer
I was given a world where “nigger” means “brother” and
That felt good so I kept this recognition but
Someone else wants to use it for evil and
You’re telling me to accept his definition?

Another famous poet, Walt Whitman, was racist. For those who know his work, it is a shocking fact to discover. He’s not excused by the fact that, at the time he was writing, nearly all white Americans were white supremacists – in fact, that’s the problem. Whitman’s work is so inspiring precisely because his enlightened empathy is far beyond the petty prejudices of his age. Song of Myself, his epic masterpiece, begins:

I celebrate myself and sing myself,
And what I assume you shall assume,
For every atom belonging to me as good belongs to you.

Whitman recognizes that we are built of the same material. We possess equal moral worth: no human is intrinsically better or worse than any other. His message is so exceptionally ahead of its time, so seemingly anti-racist, that it hurts to think the man behind it was not.

Thankfully his readers took inspiration from their own interpretations of his work. As a result Whitman’s poems have inspired generations who fought against racism in its various forms. Gandhi for example, who fought the racist subjugation of India and other colonies by the British Empire, was deeply inspired by Whitman. Today, as World Poetry Day and Anti-Racism Day coincide, we have a chance to reflect on something that is often overlooked. The fight against prejudice requires the protection of courts and the action of law. Prejudice prospers when law doesn’t do its job, as Benjamin Zephaniah highlights in his poem about Stephen Lawrence, a black British man who was murdered in a racially motivated attack.

But the fight against prejudice also requires more than laws and courts. In Inaugral Poem, Maya Angelou wrote:

History, despite its wrenching pain,
Cannot be unlived, and if faced
With courage, need not be lived again.

The fight against racism requires courage, honesty and other qualities equally hard to articulate: like empathy, emotion, mutual concern and humanity. Qualities that are best expressed, fostered and popularized through poetry. The fight against prejudice needs poetry.

Thanks to all who sent many fantastic suggestions for poems on the theme of combating racism and discrimination via our Facebook and Twitter pages.

You can learn more by reading our Explainer on how human rights laws help to fight against race discrimination or by browsing our equality resources. 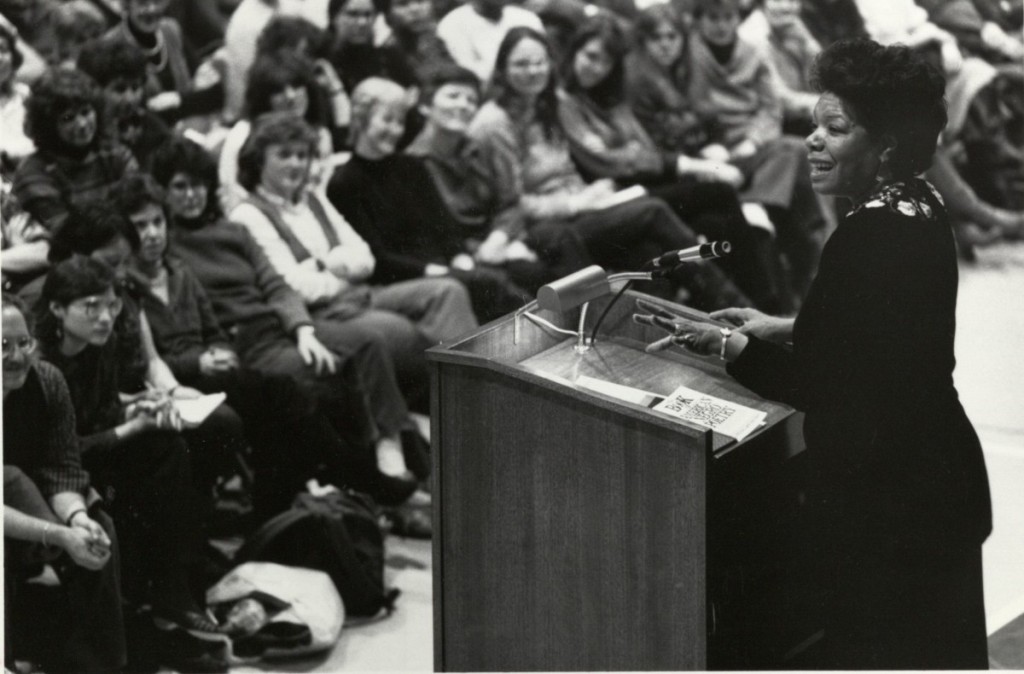 Fighting Prejudice With Poetry
Visions / 17 Mar 2022 Should Access To The Internet Be A Human Right?
Institutions / 22 Jun 2022 Why It Is Vital To Know Your Rights
Institutions / 21 Jun 2022 We Need The Rule Of Law
Institutions / 20 Jun 2022 How British Is The European Convention On Human Rights?
Discrimination / 17 Jun 2022 Does The Mainstream Media Treat All Refugees Equally?