Extinction Rebellion Student Activist: ‘We Are In A Climate Catastrophe’

By Extinction Rebellion Student Activist: 'We Are In A Climate Catastrophe', 18 Apr 2019

Ciara Macfarlane, an 18-year-old student based in London, is a member of Extinction Rebellion. She tells Ollie Cole why the group is protesting in London and other cities across the globe for governments to take urgent action on climate change.

I’ve been involved with Extinction Rebellion since October 2018. We started out with ‘Rebellion days’ where thousands would come for one day to take part in bridge blocks, road blocks, marches, and other forms of non-violent direct action.

On Monday (April 15), we launched our International Rebellion week, organising mass movements in at least 80 cities in over 33 countries, with ordinary people calling on their governments to take decisive action on the climate and ecological emergency.

‘What We Are Doing Is A Minor Inconvenience,’ Says Extinction Rebellion Student Activist We apologise to the people whose days have been affected by us blocking the streets. But, in the big picture, being late for work is nothing compared to what is awaiting our futures. In reality, what we are doing is a minor inconvenience.

It’s so important that something is done about this climate catastrophe. The government is not doing enough and we demand more action. We will not be leaving the streets until something is done. Why are we having to fight for the survival of our planet?

I’ve been stationed at Piccadilly Circus in central London, with hundreds of members from Extinction Rebellion’s youth section. It’s so important for young people to make a stand. It’s our future we are fighting for, so we’re doing all we can to help.

It’s so important that something is done about this climate catastrophe. The government is not doing enough and we demand more action.

We started on Monday and marched from Hyde Park Corner to Piccadilly Circus. We chanted along to the rhythmic beats of the samba band and carried two huge banners, which read: “A Flood is coming.”

At Piccadilly Circus, we painted the streets. We put banners and flags on the Eros statue and on lamp posts. We covered the floor using chalk, writing messages, and blocked the nearby streets. We ate lunch here, partied, and had fun. We welcomed members of the public who were curious as to why we were protesting. We would politely explain our cause and mostly received a positive response. Many thanked us for what we are doing for the earth’s future.

People have come from all over the UK to be part of this mass movement in London. The main site is Marble Arch where we have formed a festival type environment. We’ve also blocked Waterloo Bridge and have managed to keep it occupied despite police requests for us to move out. And, we’ve occupied Parliament square, too, blocking the roads in all directions – forming a gentle, powerful resilience.

Extinction Rebellion: We Want The Government To Declare A ‘Climate Emergency’ Climate change has already taken its affect on some countries in the world, soon it will be too late. We have 11 years to sort things out. If we don’t the world will change uncontrollably quickly, food shortages, mass migration, severe weather, sea levels rising and more. It is us who caused this mess, and it needs to be us who does something about it.

For more information about Extinction Rebellion, go to their website. 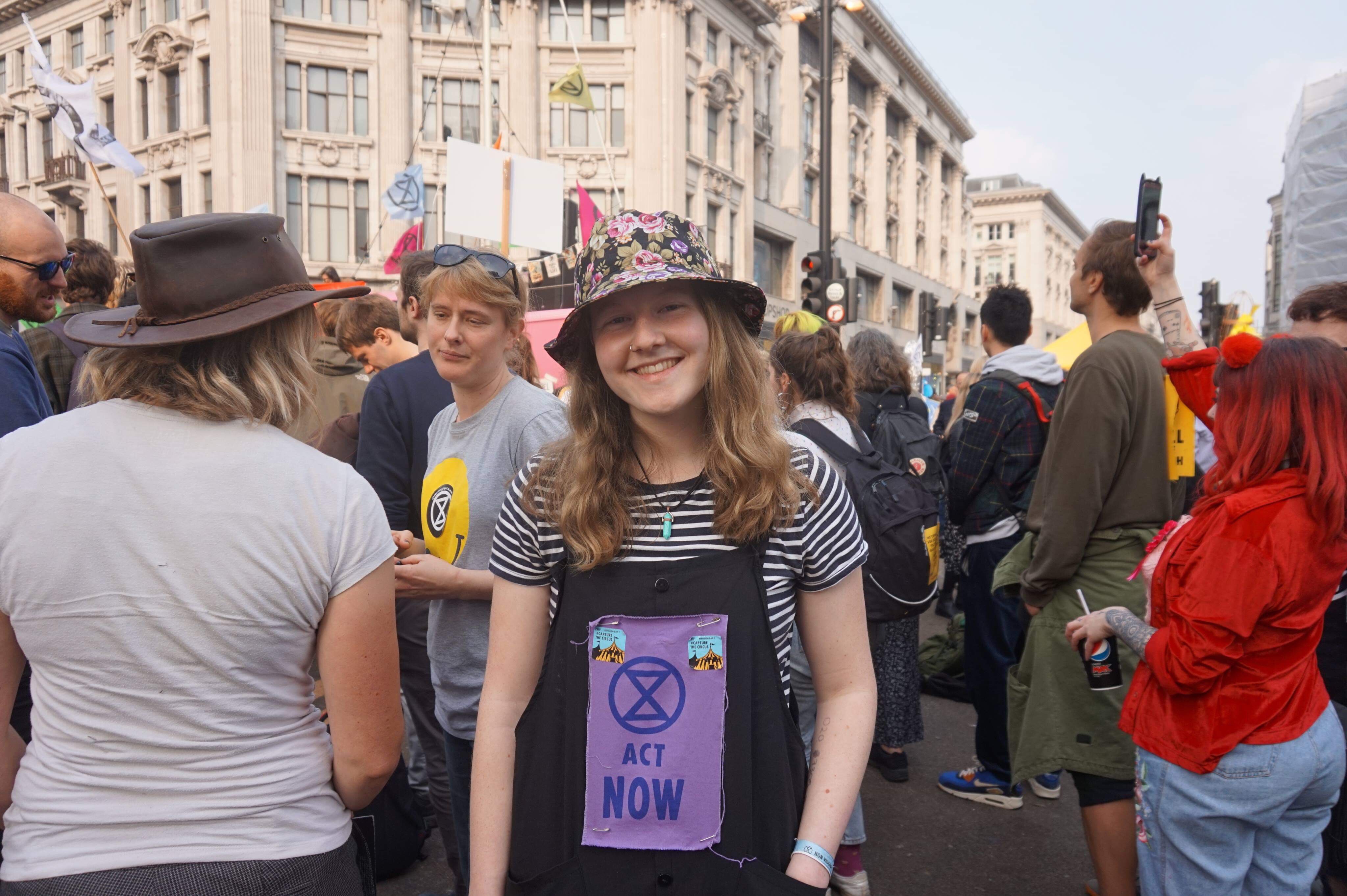 Extinction Rebellion Student Activist: 'We Are In A Climate Catastrophe'