Educating Children About Their Rights Will Help Safeguard Them

TRIGGER WARNING: Please note this piece contains references to invasion of privacy and degrading treatment which some readers may find triggering.

What Lord Neuberger says is undoubtedly true, between 2017 – 2019, 47 bills received Royal Assent from both houses of parliament. This means that new laws were made or existing ones altered at least 47 times across those two years. Some of those might have been very minor but more recent proposals, such as those under the Police, Crime, Sentencing and Courts Act 2022, are much more significant in their interactions with our fundamental rights.

All legal rights are important and what is most important to a person will vary from moment to moment. For example, if someone has been arrested by the police and is being prosecuted for a criminal offence, then their right to liberty and a fair trial will be at the forefront of their mind. If someone is being persecuted or otherwise discriminated against because of their religious beliefs then their rights to freedom of expression and freedom of thought, belief and religion will be the ones that they will be most grateful for at that time.

The Human Rights Act 1998 (HRA) gives a helpful framework that represents the basic backbone of all the rights that people in the United Kingdom enjoy. It gives effect to a document that has been agreed upon by a group of nations called the European Convention on Human Rights (ECHR).

These are your basic human rights, which are protected under the HRA:

While the law can be, as Lord Neuberger says, increasingly complex and detailed in its execution, they must all make sure that the rights set out in the Human Rights Act are respected. Understanding those rights will enable anyone to question whether they are being treated correctly and to know that if they aren’t they can take that person or company or state body to Court for compensation.

It is clear from recent events that state bodies of all different kinds sometimes do things that are not in keeping with their responsibilities under the Human Rights Act, which highlights why legal education is vitally important.

In partnership with The Bingham Centre, Eachother have made a brand new series of videos which explores just that, the importance of public legal education for young people, particularly as it relates to the Rule of Law.

In March 2022 a 15-year-old girl was taken out of an exam at school and strip-searched by two female police officers who suspected that she might have cannabis in her possession.

In the case of Child Q, schoolteachers had reported that the 15-year-old student had previously been seen ‘hanging out’ with other students who had previously possessed Cannabis (illegal under the Misuse of Drugs Act 1971) and that Child Q, ‘smelt of cannabis at the time’ and had ‘on two previous occasions at school’. The police considered this as ‘reasonable suspicion’ and removed her from her exam, took her to a private room elsewhere in the school and ordered her to take off her underwear, exposing her genitals and to submit to a search of her intimate areas.

This case clearly shows the danger posed by only a piecemeal understanding of the law by people who should be safeguarding young peoples rights. While the teachers and police officers clearly understood that possession of cannabis was illegal Child Q’s human rights were disregarded.

In this case in particular there was detailed guidance on intimate searches that wasn’t followed and key internal school guidance about informing parents when the police were called to deal with students that weren’t followed – but it is abundantly clear that better legal education for all the professionals and adults involved in that situation would have led to that child avoiding such a damaging and humiliating incident.

While it is not a child’s, or any survivor’s responsibility to try and reason with the person violating their rights, by educating a child about their rights, they are then able to inform a family member, carer, friend, or a trusted adult that something has happened to them.

We hope that no child is subjected to a violation of their rights on this scale. However, we know that cases like Child Q’s happen and we want children and teenagers to be aware of their rights so that they can safeguard themselves and each other. It is a sad reality that this measure falls on individuals to actively attempt to defend and protect their basic human rights from people, often in positions of authority.

Child’s Q case is an example that children’s rights can and are violated and that all too often the rights of young people are not taken seriously, let alone protected. However, equipped with the relevant knowledge and properly supported by trusted individuals, they may be able to achieve justice.

Leducate is a charity that is dedicated to making an understanding of legal rights and responsibilities commonplace amongst everyone in England & Wales. Leducate’s first step is to bring a comprehensive curriculum of legal education into schools so that every student leaving school can have a good baseline of understanding of what their rights are and give them the confidence to be able to enforce them effectively. Whether that’s against the government, against a rogue landlord or a big corporation – without knowing your rights you can’t use them. Leducate passionately believes that legal education is the level through which everyone can better engage with the legal landscape that, as Lord Neuberger says, is becoming more and more complex every day. But, as is shown above, if one can understand the basic skeleton of the core rights, we all enjoy – it becomes much easier to protect yourself and potentially others. 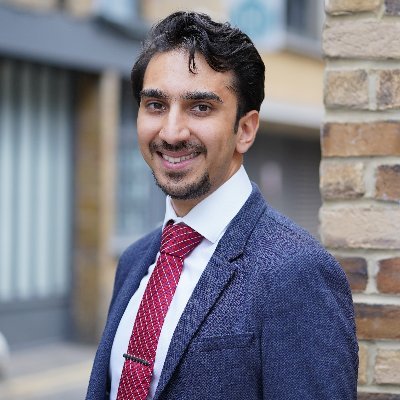 7 min read
Discrimination / 24 Mar 2022 Which Of Child Q's Rights Might Police Or Teachers Have Violated?
4 min read
Education / 23 Jun 2022 Young People Need To Be Taught About Rights In Schools
Inspired Source
4 min read
Institutions / 22 Jun 2022 Why It Is Vital To Know Your Rights

The Bingham Centre was founded in 2010 by the British Institute of International and Comparative Law, to take forward Tom Bingham's vision. It was an inspiring vision then, with the Rule of Law coming under increasing strain.

Leducate is an educational charity founded by six people with a passion for the law, that aims to promote an understanding of everyday legal rights among secondary school-aged students in England and Wales.

The Law Society is the independent professional body for solicitors. We are the voice of solicitors, driving excellence in the profession and safeguarding the rule of law.