On the 25th anniversary of Derek Jarman’s death, and in the middle of LGBT History Month, a prestigious Blue Plaque was unveiled at Butler’s Wharf, on the south bank of the River Thames in London.

Plus there were his notable books, including Dancing Ledge, Modern Nature, Kicking the Pricks and At Your Own Risk.

He voiced the belief of many people with HIV It was as an HIV and queer rights campaigner that I knew him best.

Long openly gay, Derek was the first UK public figure to come out as HIV-positive. It was an incredibly brave thing to do in 1988, during an era when HIV was denounced as the “gay plague” and when people with HIV were demonised as a public health threat by the tabloids and right-wing MPs.

There were hysterical calls for people with the virus to be compulsorily quarantined and their property burned to prevent the spread of contagion.

Long openly gay, Derek was the first UK public figure to come out as HIV-positive. It was an incredibly brave thing to do in 1988, during an era when HIV was denounced as the “gay plague.

I invited Derek to speak at the world’s first-ever ‘AIDS and Human Rights’ conference, which I organised to coincide with the World Health Ministers Summit on AIDS, held in London in January 1988.

Derek’s speech was incredibly moving and powerful. He voiced the belief of many people with HIV – and their non-HIV allies – that governments had to shift the focus from denial, indifference, scapegoating and repression to education, prevention, treatment and support.

His words, and our conference, influenced some of the assembled Health Ministers; helping to shift the consensus towards greater compassion and enlightenment with respect to the rights of people living with HIV. Soon after the group’s formation in 1990, Derek turned up at our weekly meetings at the then London Lesbian and Gay Centre. He became a regular attendee. Despite his fame, he never acted like a diva. He was just an ordinary member. There was no entourage. He just slipped in alone, mingled and contributed ideas, along with everyone else.

His involvement was extremely helpful. He was a bit of a celebrity, so that gave our campaigns and issues a much higher news profile than we may have otherwise achieved; helping raise public awareness and putting homophobic authorities under added pressure to act.

Derek participated in many of our feisty zaps. At the start of the Equality Now! campaign in February 1992, Derek and more than 50 others were arrested when we tried to march on Parliament to demand the repeal of anti-LGBT+ laws. The police blocked our way. We sat down in the road and were arrested. Along with the rest of us, Derek ended up in police cells. On principle, he refused a caution and was eventually released without charge.

Despite his fame, he never acted like a diva.

The early 1990s saw the formation of the gay village around Old Compton Street, Soho, London. OutRage! decided to re-christen this part of Soho as Queer Town and to rename Old Compton Street as Queer Street. On Valentine’s Eve 1993, we organised a huge, colourful Queer Valentine Carnival.

Amazingly for that time of year, it was gloriously warm and sunny. People dressed as queer gods and goddesses of love. There was a heady, Bacchanalian atmosphere. We paraded through the streets with an entourage of Brazilian samba bands, led by Saint Derek Jarman, who had not long previously been canonised by the Sisters of Perpetual Indulgence in tribute to his work for queer human rights and for people with HIV.

When we got to Old Compton Street, Derek unveiled the new street sign, Queer Street. I remember him standing astride the stage wearing resplendent robes from his film Edward II, looking grand and magnificent. It was a joyful occasion in celebration of LGBT+ life and love. Derek was incredibly kind and generous. When he heard on the grapevine that OutRage! needed a new fax machine, he went out and bought one; turning up unannounced at our office to deliver it in person. He was very practical and helpful like that.

Instinctively anti-establishment, Derek was critical of the mainstream gay lobby group, Stonewall. He believed it was too tame, assimilationist and conformist. He didn’t like its uncritical aspiration to mere equality within the unjust status quo. Like many of us in OutRage!, he wanted to transform society for the benefit of everyone – queer and hetero. He had a healthy scepticism towards straight-serving laws and institutions, such as the police, church and armed forces which, in those days, were still witch-hunting us.

Derek was irreverent, rebellious, questioning and barrier-breaking – not at all cosy and comfortable. He never sought the establishment’s embrace or approval. He loathed the power elite and what it stood for.

Derek was incredibly kind and generous. He was irreverent, rebellious, questioning and barrier-breaking.

The Artist Embodied The Art A politically committed artist and film-maker, all his films make subversive political statements.

He saw his film Edward II, for example, as a way of using historical events depicted in an ancient play to shine a light on present-day homophobia: Britain in the era of Section 28, HIV panic, rising anti-gay violence, police repression and church attacks on the LGBT+ community.

The film resonates with modern homophobia. Church and state officials conspire against Edward II, partly because of his homosexuality and his affair with Piers Gaveston.

He was a polite queer revolutionary, with the knack of being able to articulate radical, challenging ideas in a charming, non-threatening manner.

Derek wanted to give the film an added, explicit contemporary feel and relevance. He invited OutRage! activists to be part of the film and shot us staging a protest against police harassment and queer-bashing violence, complete with real banners that we’d used in actual protests. Cinematically, it was a risky switch from the past to the present and back, but he pulled it off; in the process making a strong point about early 1990s homophobic violence and state repression.

Edward II sums him up. Derek Jarman’s subversive ideas were always expressed creatively and gently. He was a polite queer revolutionary, with the knack of being able to articulate radical, challenging ideas in a charming, non-threatening manner. Quite an achievement. Bravo! 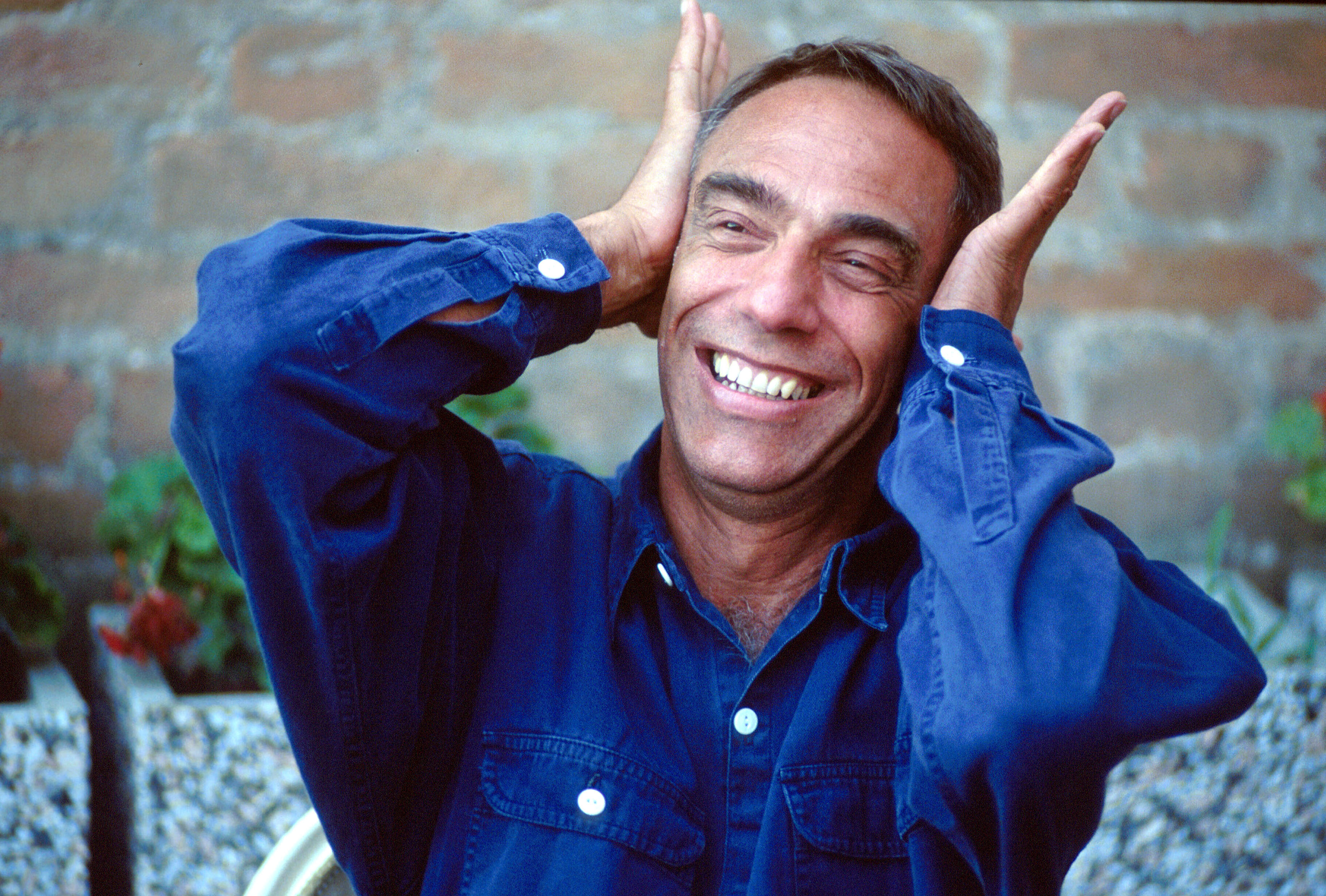