The Cumbria Coal Mine: Why Climate Change Is A Human Rights Issue

By Ella Braidwood, Freelance Journalist 12 Mar 2021
Campaigners in the town of Kendal protest against plans for a coal mine in west Cumbria. (Credit: Courtesy of Maggie Mason/South Lakes Action on Climate Change)

“It’s absurd to say it’s a purely local issue when it’s got international and national implications,” says campaigner Maggie Mason of a proposed deep coal mine in Cumbria, north west England, which would be the UK’s first such project in 30 years.

Mason, a campaigner at the local South Lakes Action on Climate Change group, is calling for the plans in west Cumbria to be scrapped amid concerns about the environmental impact. In the latest development last night (11 March), a letter sent on behalf of local government secretary Robert Jenrick called in the planning application, meaning that central government is set to decide whether it will go ahead or not, instead of the local authority.

The project has drawn sharp criticism from environmental campaigners, from Greta Thunberg to the government’s own Climate Change Committee, who have highlighted how it undermines the UK’s plans to cut carbon emissions to net zero by 2050.

West Cumbria Mining, the company behind the proposals, says the mine would create about 500 new jobs in a deprived area. However, a report released today (12 March) by climate change group Cumbria Action for Sustainability found that there is the potential for around 9,000 environmentally-friendly jobs in Cumbria, including just under half of these in the west of the county near to where the mine would be situated.

Mason says the implications of this mine would spread far beyond Cumbria – by sending a message to the world that coal mining is acceptable. Environmental campaigners are highly critical of this process as coal is a fossil fuel, meaning that it has a high carbon footprint: per unit of energy, coal releases 75% more CO2 than gas. It comes as Britain gears up to host a major international summit in Glasgow later this year, the United Nations’ COP26, on mitigating climate change.

Cumbria coal mine has ‘international and national implications’ 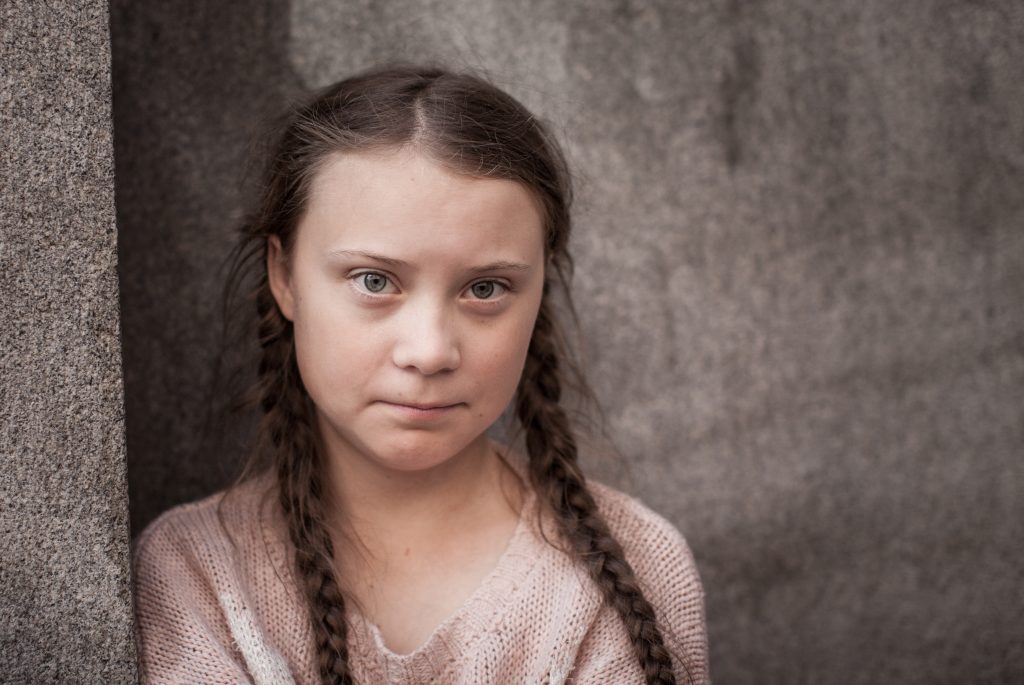 Greta Thunberg is among those to have objected to the proposed mine in Cumbria. (Credit: Wikimedia Commons/Anders Hellberg)

Experts are increasingly linking extreme weather in the UK to the impacts of climate change, with communities in Cumbria repeatedly left devastated by flooding since the start of the millennium, in 2005, 2009 and 2015. In turn, these weather events are predicted to have a knock-on effect on human rights in Britain, from healthcare to housing, especially when it comes to those of future generations.

“This coal mine in itself won’t have a huge impact on rising river levels in Cumbria,” says Mason. “But, indirectly, by discouraging other countries from reducing their emissions, it does.”

Last month, the Climate Coalition, which is made up of more than 130 organisations, released a damning report which found that the health of 12 million people – equivalent to the combined populations of Greater London and Greater Manchester – is vulnerable to the impacts of climate change. This includes those vulnerable to heatwaves, such as elderly people or those with pre-existing health conditions such as diabetes or heart disease.

It also found that around 1.8 million people are living in areas at significant risk of flooding in the UK, noting that this figure could rise to 2.6 million by 2050.

“Climate change is definitely a human rights issue in the UK,” says Jake Woodier, who is the COP26 campaign manager at Climate Coalition. “We all have a right to a safe living environment and access to health care, and being safe from the impacts of ill health.”

In the UK, bouts of extreme weather are becoming more frequent, causing drastic damage to lives and livelihoods. Last February, which was the wettest since records began in 1862, Storm Ciara flooded more than 1,700 homes in Yorkshire, Derbyshire, Nottinghamshire and Lincolnshire, and left more than half a million without power. In the same month, Storm Dennis flooded more than 1,000 homes in south Wales, leaving tens of millions of pounds worth of damage in its wake and at least four people dead. 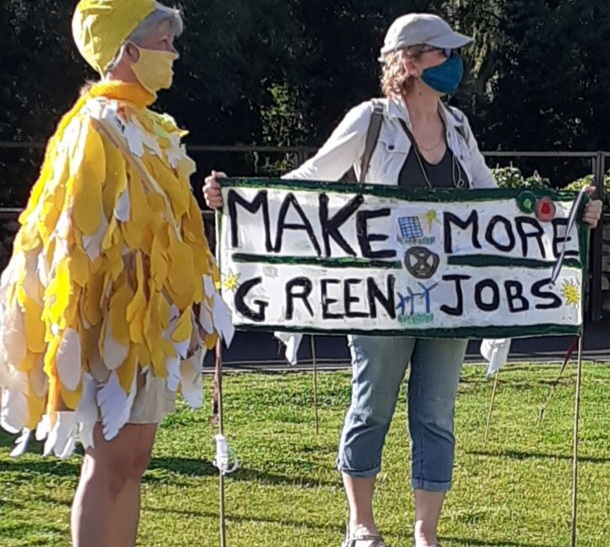 There are a growing number of court cases linking climate change to human rights in Europe. (Credit: Courtesy of Maggie Mason/South Lakes Action on Climate Change)

When it comes to human rights law, a growing number of cases are being linked to the impact of climate change. Earlier this month, Tim Eicke, the UK judge at the European Court of Human Rights, gave a talk on the role of the human rights convention in helping to tackle climate change.

While such a case has not yet been brought before UK courts, other European countries have issued climate change court rulings which cite the European Convention on Human Rights (ECHR). In 2019, the Netherland’s Supreme Court found that the government had a positive obligation to take steps to reduce its greenhouse gas emissions. Last July, the Republic of Ireland’s Supreme Court ruled that the Irish government had “acted unlawfully and in breach of rights in the manner in which it has adopted a statutory plan for tackling climate change”.

Existing UK legislation such as the Equality Act could potentially be used to make human rights claims relating to climate change in the future, says Rowan Smith, a public law solicitor at Leigh Day.

“We’ve got pretty stringent equality legislation in the UK. Every public body has to abide by the public sector equality duty, which means, effectively, not making decisions that increases inequality,” explains Smith, who specialises in human rights and environmental law. “I think probably the next frontier on climate change and human rights is that discrimination angle between the current generations and future generations. I can definitely see that being essentially the first test case of whether human rights arguments can be used to stop government from making decisions that are bad for the climate.” 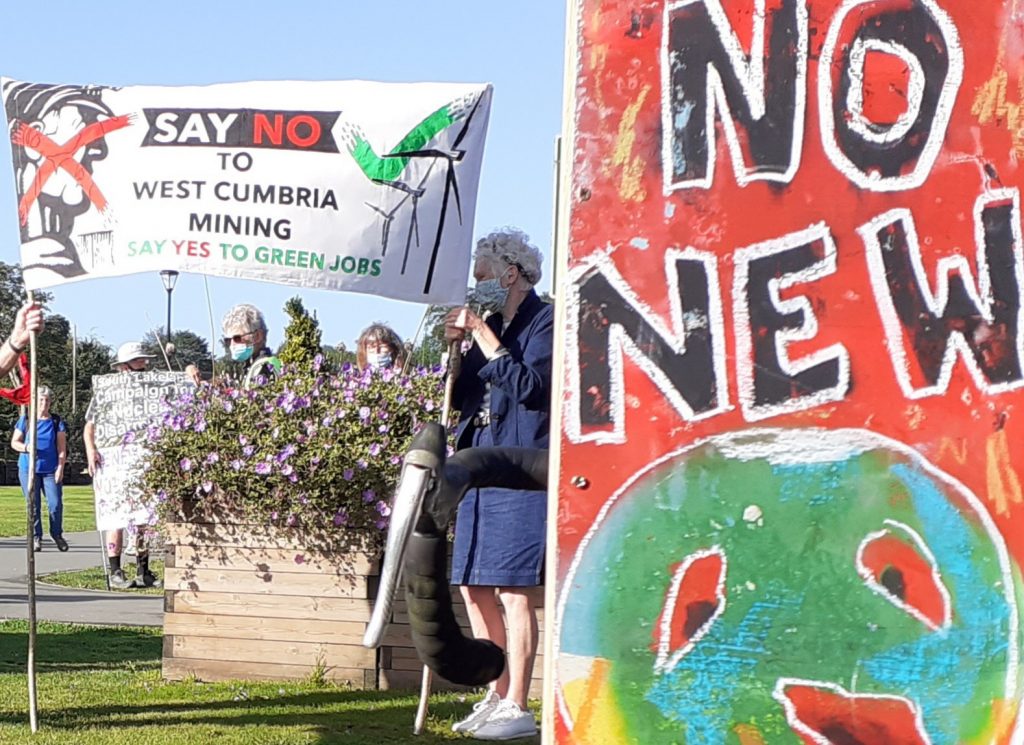 “We’re seeing an increasing frequency in this type of event, which puts people’s lives and livelihoods at risk.” (Credit: Courtesy of Maggie Mason/South Lakes Action on Climate Change)

In addition, the UK is included in the first climate change case to be officially communicated by the European Court of Human Rights, last November. The court is requesting input from the 33 countries singled out in the claim, including Britain, which was crowdfunded by a group of young Portuguese people. It claims that the conduct of these countries violates Articles 2 and 8 (the right to life and respect for private and family life, respectively) of the ECHR, and also amounts to discrimination under Article 14 on the grounds that their generation will suffer disproportionately due to the effects of climate change.

Earlier this year, Met Office analysis found that the decade of 2010 to 2020 was the warmest on earth on record, with the UK experiencing wetter winters. This included UK temperatures surpassing 34C for six consecutive days for the first time since records began in the 1960s. In 2018, Met Office analysis found that the record-breaking summer of that year was made 30 times more likely due to climate change – 650 excess deaths were recorded at the height of the heatwave.

“We’re seeing an increasing frequency in this type of event, which puts people’s lives and livelihoods at risk,” explains the Climate Coalition’s Woodier. “It’s important that we view climate change in a very holistic way, so it’s across the board. It’s not just the direct weather impacts, it’s the really broad impacts it has on people’s individual health, their living environment, their economic opportunities as well.”

Projects such as the Cumbria coal mine will only impede the global fight to lessen the impacts of climate change, says Woodier. “It’s important to also recognise that the decisions and actions we take here in the UK have wider impacts in the global economy,” he says. “The role that the UK has, as one of the richest economies in the world is very wide reaching and we can kind of be a shining beacon by what we do here and supportive of others like less rich economies the world over.”

For Mason, authorities should not only be considering the impacts of the Cumbrian coal mine on the local community – they must also consider how this could affect future generations living in the area. Research by US non-profit organisation Climate Central predicts that large parts of the west coast of Cumbria could be underwater by 2050. “Intergenerational justice, as well as intragenerational justice means this should not happen,” adds Mason.

Asked to comment on the Cumbria coal mine planning application, a spokesperson from the Ministry of Housing, Communities & Local Government said: “As this is a live litigation matter, it would not be appropriate to comment”.

Cumbria County Council and West Cumbria Mining have both been contacted for comment.

5 min read
Environment / 18 Nov 2019 Flood Survivors Should Be Given Proper Support – Instead They're Told To Get 'Resilient'
7 min read
Discrimination / 29 Jan 2021 From Green Spaces To Air Pollution, We Aren't All Treated Equally When It Comes To The Environment