By Gassed Pets, Forced Separations and Homelessness: ‘We Have Been Forgotten’ say Exiled Chagos Islanders, 16 May 2018

The Windrush scandal has been a pivotal moment for migrants rights in the UK, with as many as 63 people wrongly deported. It’s become a matter of worldwide importance and outrage, with Google searches for the term spiking by more than 100 percent.

However, they’re not the only group of migrants fighting for justice. The plight of the Chagos Islanders has been an ongoing campaign for decades, but it has yet to reach mainstream public attention, with searches at a virtual flatline compared to Windrush.

A Story Yet To Find Its Way Into The Spotlight

The Chagos Islands are an archipelago (essentially an extensive group of islands) situated in the Indian Ocean, approximately 500km south of the Maldives. Despite being inhabited from the late 18th century, the region now lies empty of its people, after forced expulsions in the 1960s and 70s, as the Islands were turned into a US military base.

It would be naïve to believe racism did not play a major part. Chagossians were described as ‘Tarzans’ and ‘Man Fridays’ by senior UK diplomats.

Despite the fact that the Chagossians who lived there for five or six generations were British subjects, they were deported under UK government orders – initially to the slums in Mauritius and the Seychelles, before arriving in the UK in 2002 – with reports of those on holiday simply told they couldn’t return and their pets gassed. They were given no compensation to build a new life.

In exchange for the removal of the Islanders, the UK government received a large discount on the Polaris Nuclear Weapons system, the country’s first nuclear system for submarines.

An Ongoing Fight to Return Chagossians have been fighting for the right to return to their homeland ever since. Speaking to RightsInfo, Stefan Donnelly, Vice Chair of the UK Chagos Support Association said it would be “naïve to believe racism did not play a major part”.

“Chagossians were described as ‘Tarzans’ and ‘Man Fridays’ by senior UK diplomats. The UK government could have supported Chagossian return decades ago, but has instead spent the last 18 years spending millions of pounds of taxpayers’ money fighting to prevent Chagossians from living in their homeland.”

We owe it to the Chagos Islanders to ensure they have access to the most basic human democratic right, to go home.

Many families were forced apart by immigration law, whilst poverty, debt and mental health issues are rife amongst those now living in the UK. These are all issues which touch on the very heart of our human rights, with the right to a family life protected by the Human Rights Convention.

We’re also all entitled to the free and peaceful enjoyment of our property – a complex issue for Chagossians who previously owned and lived in their houses, but now are being forced to pay again for homes in Britain.

The grandchildren of the original deportees now face the financial and emotional burden of a lengthy and expensive process to remain here, with no realistic prospect of ever being able to return home.

A Citizenship to ‘Heal The Heartache’ Another issue central to the Chagos Islanders’ plight is citizenship. While they can apply for British citizenship, this is not an automatic process, despite being forcibly relocated here.

With the majority of Chagossians now living in Crawley, West Sussex, their MP Henry Smith is stepping up a campaign for a new bill to provide a much cheaper and simpler route to British citizenship.

Marie Isabelle Charlot is Chairperson of the Chagos Islanders Movement, a campaigning organisation that aims to restore the culture, identity and dignity of Chagossians. She told RightsInfo that the proposal would “help to heal some of the heartache – it is the least that can be done.”

Similarly, Stefan Donnelly added that if the bill succeeds: “As one Chagossian put it to me, it would mean ‘they recognise what they did to us.'”

On Sajid Javid’s first day in the office as Home Secretary, I questioned him on the floor of the House of Commons. I’m hopeful this is the best opportunity to rectify this injustice.

Smith, a Conservative MP, added: “Chagossians are a very strong addition to the town of Crawley. However, the issue of citizenship is dividing families. My proposed Citizenship Bill is a private member’s bill – these don’t have a great record of making it onto the statute book.

“On Sajid Javid’s first day in office as the new Home Secretary, I questioned him on the floor of the House of Commons. He is committed to meeting with me to discuss the issue, and I’m hopeful that this is the best opportunity to rectify this injustice.”

The Chagossians also wish to overturn the decision made by the Foreign Office in 2016 that denied them the right to return to their homeland. There is still a strong desire, amongst both young and old, to rebuild their lives there.

‘I Am Ashamed to be British’ As well as their own tireless campaigning, Chagossians have also recruited the support of broadcaster Ben Fogle, who is unequivocally clear they have suffered a breach of their human rights.

He explained: “The Chagos Islanders’ treatment at the hands of the UK government is one for which I am ashamed to be British.

“It has shaken my beliefs in conservation and democracy… The wrongs of the years of deceit and tragedy can never be undone. We owe it to the Chagos Islanders to ensure they have access to the most basic human democratic right, to go home.”

We might be a little community, but do we not deserve the same rights as other humans?

The fight, however, is far from over. The second reading of the Chagos Citizenship Bill is scheduled for October, whilst Chagos Refugee Group leader Oliver Bancoult is contesting the UK government’s 2016 decision at the High Court.

For islanders though, it’s an issue of basic human rights. “We might be a little community,” adds Marie Isabelle Charlot, “but do we not deserve the same rights as other humans? Because there really is no place better than home.” 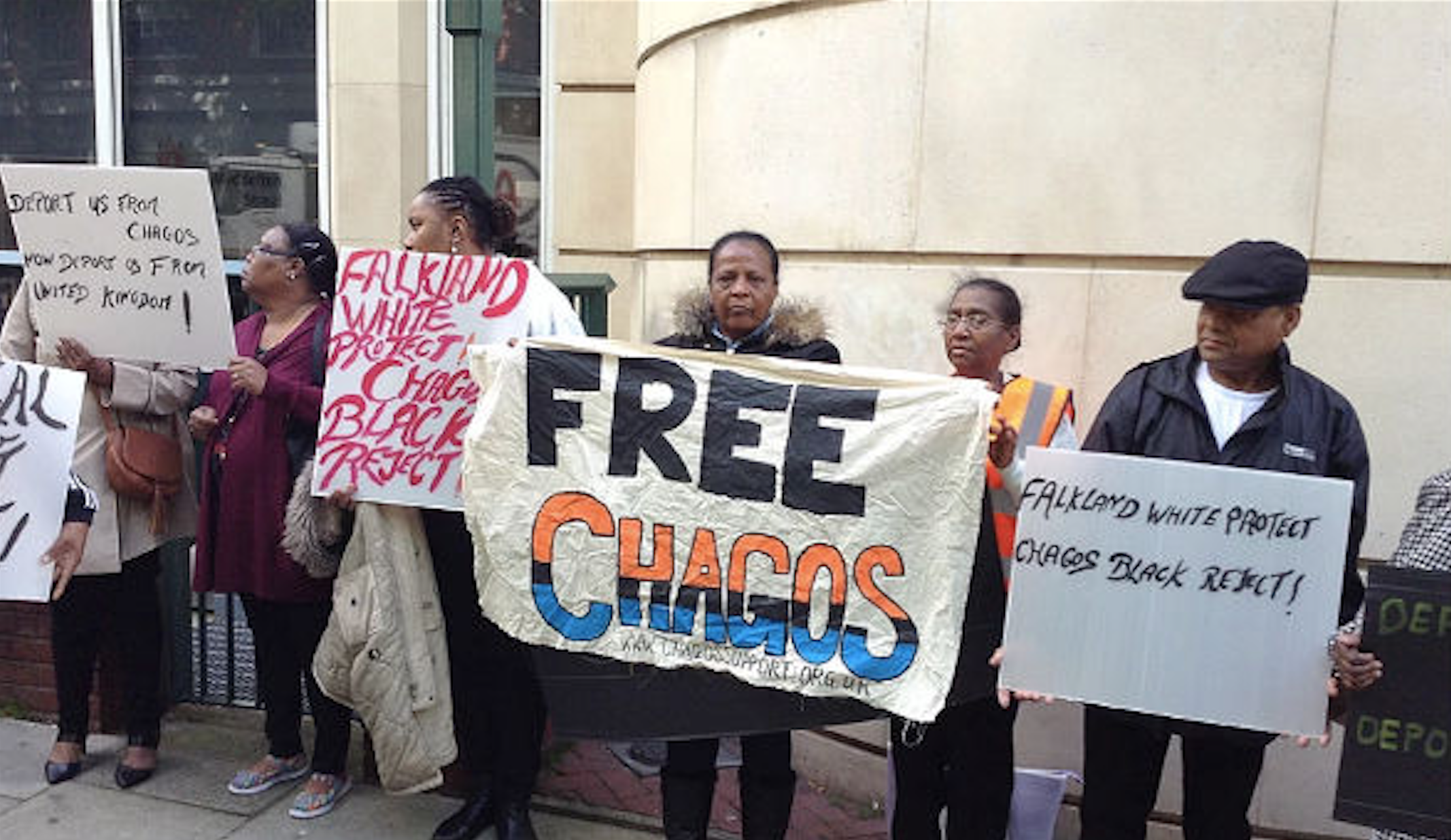 While the recent Windrush scandal has highlighted

While the recent Windrush scandal has highlighted