Why Can’t Mental Health Patients Make Decisions About Their Own Treatment?

By Why Can't Mental Health Patients Make Decisions About Their Own Treatment?, 15 Jan 2018

The law in England and Wales currently allows for mental health patients to be treated against their consent, even if they are able to give it. Is this consistent with their human rights?

In a recent report, the Law Commission suggested that the UK Government should consider following Northern Ireland in getting rid of existing mental health legislation, and replacing it with a single test for whether the patient lacks mental capacity (being able to make your own decisions). The Law Commission argued that such a move would place ‘the person at the centre of decision-making’ and tackle ‘the stigma and discrimination faced by those with mental health problems’.

There are clear human rights problems with the current discriminatory treatment of mental health patients. However, many people disagree about whether a single capacity test really solves the problem of when the law should respect a person’s decision. In England and Wales, the two most important pieces of legislation in this area are the Mental Health Act 1983 (which was amended in 2007) (MHA) and the Mental Capacity Act 2005 (MCA).

The MCA concerns the care and treatment of patients when they have been found to lack the mental capacity to make certain decisions. Generally, patients are presumed to have mental capacity to decide what happens to them and cannot be treated without consent. However, section 3 of the MCA contains a test which says that if a person with a ‘mental impairment’ cannot understand, retain, use and weigh, or communicate a decision, then that person lacks mental capacity. The treatment of that person will then be whatever is deemed to be in his or her ‘best interests’.

The MHA creates an exception from the MCA for patients with mental illnesses who, because of their status as mental health patients and the perceived risk which they pose to themselves or others, may be subject to forced psychiatric assessment and treatment. This can happen even if they have the mental capacity to consent or refuse the psychiatric treatment.

What Human Rights Are Relevant? Under the Human Rights Convention, the most relevant provision is Article 5 – the right to liberty. Disappointingly, the standard set regarding the treatment of people with mental illnesses is reflective of the attitudes of the time in which it was drafted. The right to liberty is qualified in Article 5(1)(e), which permits the ‘lawful detention’ of ‘persons of unsound mind’. On the face of it, then, it appears that this permits the detention (and treatment) of mental health patients.

However, the Human Rights Convention is often referred to as a ‘living instrument’ – it can develop over time in accordance with emerging values. For instance, to take into account the Convention on the Rights of Persons with Disabilities (CRPD). This is widely recognised as the most comprehensive and up-to-date affirmation of the equal rights of disabled people, and the UK signed up to it in 2009.

This speaks directly to legal systems around the world which allow for the forced assessment and treatment of mental health patients.

Some people argue that the risk which mental health patients pose justifies depriving them of liberty, rather than the existence of a mental illness. However, this leaves the question: why is this kind of risk-averse law is only applied to patients with mental health problems? We don’t apply this to others who are seen as ‘risky’ in society.

The answer is that locking people up who might be dangerous in the future would undoubtedly violate their right to liberty.

Is a Single Capacity Test the Way Forward? While an overarching single capacity test would treat all patients equally according to whether or not they can consent to treatment, judging whether a person has mental capacity is not a straightforward task and it requires a lot of training to ensure consistency.

Some argue that the MCA is still discriminatory as a person can only be found to lack capacity if he or she has a mental impairment – something that is unfair to single out. Equally, while the MHA may discriminate against mental health patients, it does provide those detained under it with robust rights to review by granting access to a dedicated tribunal system.

The Northern Ireland Assembly should be commended for being the first legislature in the world to eliminate separate mental health legislation. Close attention must now be paid to see if a law which treats all patients equally is as able to uphold human rights in practice as it does in principle. 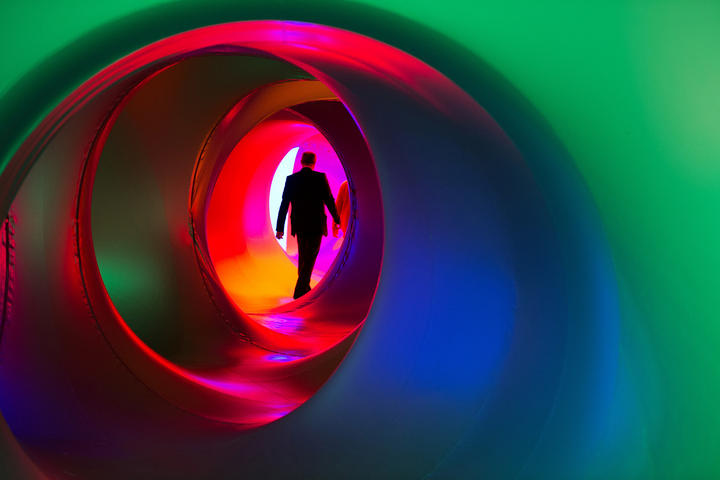 Why Can't Mental Health Patients Make Decisions About Their Own Treatment?
Visions / 17 Mar 2022 Should Access To The Internet Be A Human Right?
Institutions / 17 May 2022 More Needs To Be Done To Uphold Freedom Of Information In Scotland
Equality / 16 May 2022 What's New In Human Rights In Scotland? EachOther Is!
Disability / 13 May 2022 Repeat Safety Failures In A Mental Health Unit Contributed To A Man's Death
Discrimination / 12 May 2022 Homeless People Sleeping In Cars Or Tents Could Be 'Committing' A Criminal Offence