After forcing the government into a second U-turn on its refusal to provide free school meals, footballer Marcus Rashford MBE has brought another area of shocking inequality to the top of Britain’s news agenda – access to books.

The 23-year-old Manchester United forward last week announced the launch of a book club, in partnership with Macmillan Children’s Books, to help the 400,000 children across the UK today estimated to have never owned a book.

It appears his initiative could not have come at a better time. Research published by the National Literacy Trust (NLT) in March indicates that only 26% of under-18 year olds spend time reading every day, which marks the lowest recorded daily level since the Trust first studied children’s reading habits in 2005.

There are number of factors behind falling literacy rates among younger people – a key one being the ability to get hold of engaging and rewarding books in the first place.

This was the case for Rashford, who said he did not start reading until he was 17 years old – something which “completely changed his outlook and mentality”.

“I just wish I was offered the opportunity to really engage in reading more as a child, but books were never a thing we could budget for as a family when we needed to put food on the table,” he said.

Reading is cool. Books are cool.

Rashford and the publisher will release a series of books for five to eight-year-olds, and say that children will be able to relate to a cast of characters of all race, religions and genders “depicted correctly for modern society”.

“My books are, and will be, for every child, even if I have to deliver them myself. We will reach them,” he added.

The scheme aims to encourage young people to embrace reading from an early age, without having to worry about the financial constraints placed on family budgeting as a result. 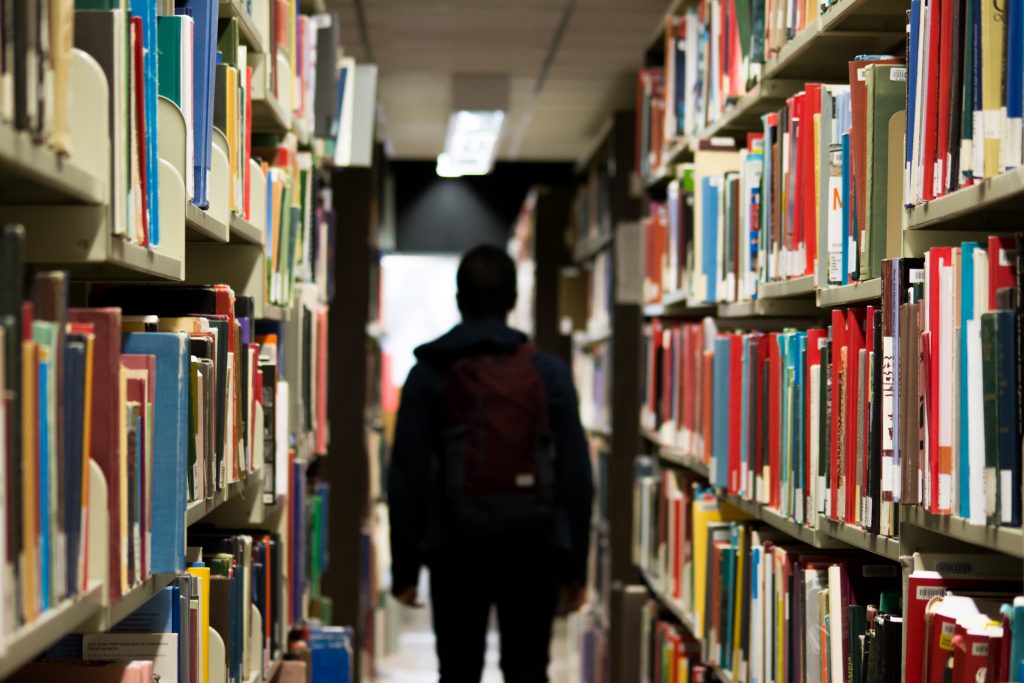 The scheme aims to encourage young people to embrace reading from an early age. Credit: Unsplash

Despite concerted efforts by teachers, parents, and pastoral care teams to restore a sense of continuity, the pandemic has fundamentally disrupted the way we learn. Six months without school is likely to have widened the literacy gap, where children from the poorest backgrounds are left months behind their peers in terms of reading ability.

People from some minority ethnicity backgrounds are also likely to be disproportionately affected. The Education Policy Institute has recently reported that Gypsy and Roma pupils were already 34 months behind their peers at the end of secondary school.

Libraries have been touted as a way to close a rising lockdown literacy gap – but they have faced challenges pre-dating the pandemic.

Schools have reportedly let librarians go in a bid to balance tightening budgets. Figures reveal that almost 800 libraries have shut in the UK since 2010 – which is just one example of a number of critical services to face funding cuts over the years. 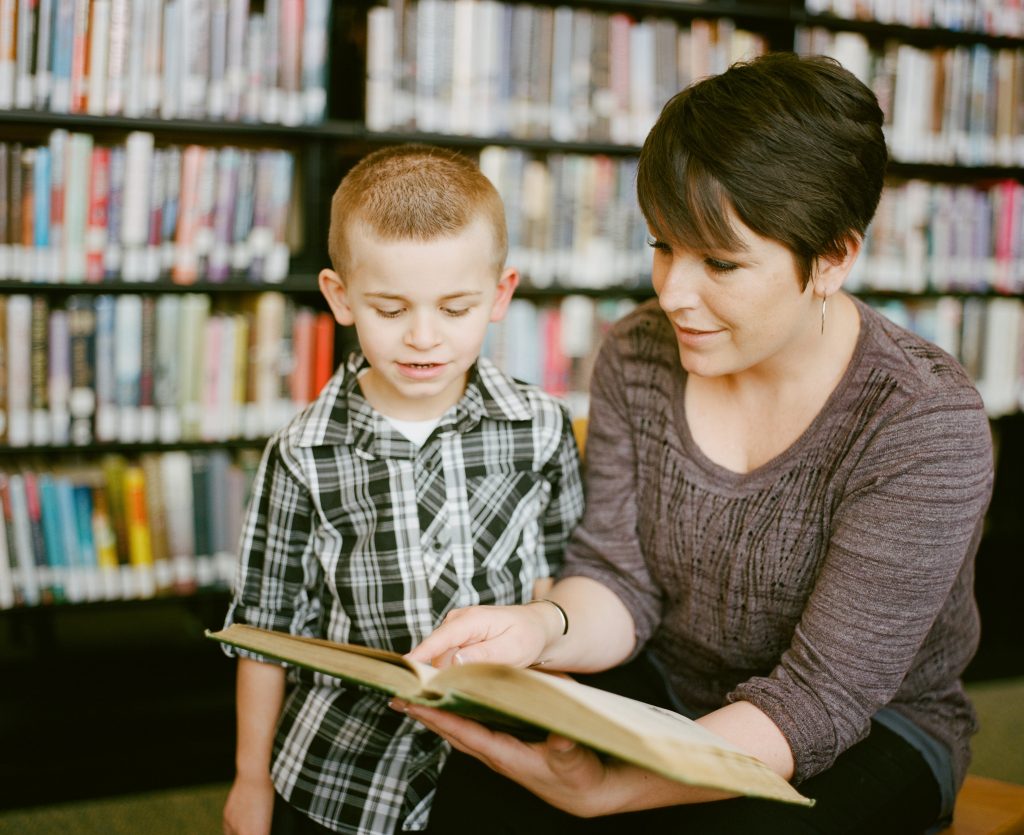 Almost 800 libraries have shut in the UK since 2010. Credit: Unsplash

The effects of the literacy gap on young people’s life chances is profound.

Research from NLT shows that children who have a limited command of vocabulary at age five are twice as likely to be unemployed at age 34 as their more articulate peers.

While those most engaged with literacy are “three times more likely to have higher levels of mental wellbeing than children who are the least engaged”.

An NHS study discovered that one in eight (12.8%) of five to 19 year olds in England has at least one mental health disorder, with emotional ones being the most prevalent.

The transformative potential of reading gives opportunities for children to think towards the future, and allows them to expand their imaginations and horizons. Reading leisurely also offers escapism for those in less fortunate positions.

Reading gives opportunities for children to think towards the future. Credit: Unsplash

Additionally, children from diverse backgrounds are seeing more representations of their experiences reflected in books, which has a positive impact overall for their self-worth and confidence.

For example, reports from the Centre from Literacy and Primary Education (CLPE) have shown a progress over the past three years (2017-2019) in the “number of protagonists of colour” which has “increased five-fold, from 1% in 2017 to 5% in 2019”.

Yet, while representation is slowly improving, Melanie Ramdarshan, from CLPE, argues that these figures are low when we consider that “33.5% of school-age children in the UK are from ethnic minority backgrounds”.

From books such as 2010’s “My brother Charlie”, which encourage awareness about disabilities from a young age, to 2020’s “Boy, Everywhere”, which details the journey of a 14-year-old Syrian boy migrating to Manchester, there are an increasing number of authors in the UK documenting different paths of life for children to enjoy today.

It has been shown how reading encourages empathy, an understanding of similarities and differences across experiences, and overall emotional intelligence in children.

What Is The Right To Education?

In the UK, your right to education (incorporated into UK law by the Human Rights Act 1998) means you have:

The UK signed up to the first two of these in 1976 and the CRC in 1990. They are international treaties under which the UK and other countries agree to respect certain rights and freedoms.

The European Convention on Human Rights (ECHR), which came into force in the UK in 1953, did not initially contain a right to education.

However, a year later in 1954 the UK ratified the First Protocol of the ECHR, which contained the right to education. Its Article 2 said this:

No person shall be denied the right to education. In the exercise of any functions which it assumes in relation to education and to teaching, the State shall respect the right of parents to ensure such education and teaching in conformity with their own religious and philosophical convictions.

There is currently no explicit human right to gain access to books, but it underpins many other protections of children’s rights that will continue into adulthood.

“The ability to access and engage with books – whether in hardcopy or digital form – is crucial to ensuring children’s enjoyment of their rights under international human rights law,” Professor Aoife Nolan, Professor of International Human Rights Law at the University of Nottingham, told me.

“This includes their rights to education and to seek and receive information. More broadly, reading directly contributes to the child’s mental, social, cultural and spiritual development, a key concern of the UN Convention on the Rights of the Child.

“An inability on the part of children to access books will undermine their human rights – both as children in the here and now and into adulthood.”

Discrimination / 9 Dec 2019 'No Change Happens For Young People, If We Don't Have A Seat At The Table'
Discrimination / 21 Jan 2020 'There's A Chasm Between The Expectations Of Mums And Dads'
Justice / 20 Nov 2019 At What Age Is It Right To Prosecute Children?
Discrimination / 2 Sep 2020 'I Could Speak More Freely': The Enduring Need For Black British Media