By As We Look To Brexit It's Vital We Reinforce Our Human Rights Protections, 9 Nov 2018

David Isaac, Chair of the Equality and Human Rights Commission, reflects on the progression of rights since the Human Rights Act 1998 received Royal Assent and look at some of the challenges rights and equality might face in the next 20 years.

There is a huge amount to celebrate as we mark 20 years of the Human Rights Act. It’s given people direct access to justice in British courts, protected the rights of British soldiers serving overseas, delivered justice for the families who lost loved ones in the Hillsborough disaster and promoted the right to private and family lives for many people, to give just a few examples.

When the Act received royal assent in 1998, Facebook hadn’t been invented and only 9% of households in Britain had access to the internet.

Celebrating a 20th anniversary reminds us just how much the world has changed. When the Act received royal assent in 1998, Facebook hadn’t been invented and only 9% of households in Britain had access to the internet. Fast forward 20 years and access to the internet has risen to 90% and social media has transformed the way most of us communicate. Much else has also changed. Only five years ago, same-sex couples couldn’t be legally married, Donald Trump was a reality TV judge, and leaving the European Union was a sideshow discussion.

If fundamental changes can happen in such a relatively short period, we need to anticipate what might happen in the next 20 years to ensure human rights legislation continues to give us the protections we need to live fulfilling lives.

Although we’ll still be protected by the Human Rights Act once we leave the EU, the EU Charter of Fundamental Rights will no longer have effect in UK law and we won’t automatically gain new rights if and when they are brought in by EU members.

As we look to the future through the lens of Brexit, it is vital that we find ways to reinforce our human rights protections.

Many of our rights are protected by UN treaties, which are binding on the UK, but unlike the Human Rights Act they can’t yet be directly enforced in UK courts. As we look to the future through the lens of Brexit, it is vital that we find ways to reinforce our human rights protections.

We have therefore called on the Government and others to work with us to plug all the gaps left by the non-incorporation of the EU Charter and to explore ways to make our UN human treaties enforceable in domestic law.

It’s crucial that the public understands that the Human Rights Act has secured justice for many ordinary women, men and their families.

Brexit provides the UK with an opportunity to be world leaders in human rights. Human rights have suffered a very bad press in some quarters during the last 20 years and the conversation has all too often been dominated by a focus on the way that promoting the rights of some minority groups diminishes the rights of the majority. Human rights are not a zero-sum gain and it’s crucial that the public understands that the Human Rights Act has secured justice for many ordinary women, men and their families.

Our research found that people who feel they know a lot about human rights are significantly more likely to view them as important. If we can increase public understanding of what human rights are – and their positive value to society as a whole and connect them with what people value – then I’m confident that we have an opportunity to create more advocates for the importance of human rights in Great Britain.

Every day, people – particularly women, disabled people and the LGBT community – are subjected to shocking levels of abuse online

There is another inescapable factor likely to affect human rights in the future. Technology has transformed the way people share ideas and information but sadly some of these changes are in danger of pushing us apart. Every day, people – particularly women, disabled people and the LGBT community – are subjected to shocking levels of abuse online, where perpetrators often remain hidden. Algorithms can tell what we like or how we might be feeling, and can therefore directly target us with information designed to influence or reinforce how we think so that we filter out opposing views and facts.

We need to ask what the right to privacy means in the digital age where virtually everything is public. And is there a danger of technology and misinformation fabricating situations where our understanding, opinions and choices are not as free as we imagine?

When developing new technology, whether for recruitment or policing or health, we need to ensure it is as free from the prejudice and bias that can cloud human judgment as possible. For example, Amazon was recently reported to have scrapped an AI recruitment tool after it appeared that results were skewed in favour of male candidates. This is a tall order but awareness of the risks is essential is we are to identify and address the rights and equality issues that these new technologies create.

Much has changed in the last 20 years. Whatever your views about the challenges of the next two decades and, in particular, Brexit and the impact of technology, we must all be prepared to discuss what sort of country we want to be.

Only by this means can we properly protect our current rights, deliver on our international obligations and future-proof our protections so that they are meaningful in a digital world. As part of this debate it is essential that we educate people about the universal nature of human rights and how they are intended to work for everyone.  The Human Rights Act is a massive achievement and one that we can ill afford to squander. 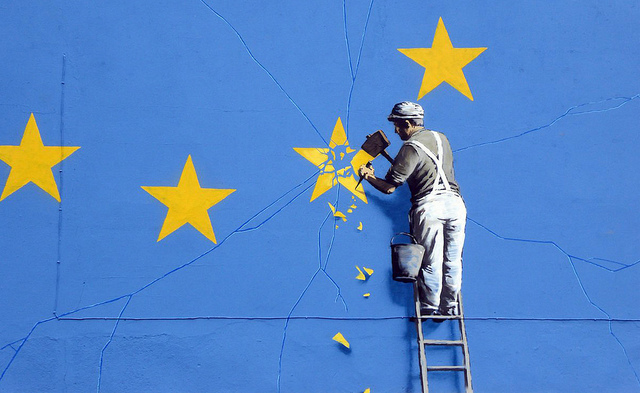 Equality and Human Rights Commission Chair David Isaac reflects on the progression of rights since the Human Rights Act 1998 and looks at challenges rights and equality face in the future.

Equality and Human Rights Commission Chair David Isaac reflects on the progression of rights since the Human Rights Act 1998 and looks at challenges rights and equality face in the future.