As RightsInfo Turns Three, Here Are Some of our Best Moments

By As RightsInfo Turns Three, Here Are Some of our Best Moments, 24 Apr 2018

RightsInfo is three years old now, and like all the best toddlers we’re very proud to be standing up properly on our own little legs.

To celebrating by looking back at the last year and how the human rights landscape has shifted, for better and worse, and what we’ve done to put your rights into context with every breaking story.

On 21 April 2015 I introduced you to @rights_info. 3 years later, we have reached millions of people with a positive message about human rights. Thanks to staff, volunteers and all the amazing people who have made it happen pic.twitter.com/x2m6BZRp3I

We’ve talked about how robots could ‘steel’ your rights, helped explain why Henry VIII became such a big deal again, and that – legally speaking – you absolutely are entitled to good sex, forever. Well, kind of.

While it’s been a bit of a chaotic year news-wise, we’ve noticed some important shifts in how our politicians, the media, and (most importantly) normal people are talking about rights issues. So, here’s our rapid-fire round-up of our last year…

Brexit (In All It’s Many Forms)

As ever, we’ve been on top of all the human rights repercussions that might follow Brexit. We’ve got an (extremely clickable) infographic right here that will help with all your burning Brexit questions, from free movement and health to data privacy and the Human Rights Act.

The story is always changing, so the page is always updating. You’re welcome!

In the last year we launched a wide-ranging, comprehensive campaign of coverage looking into a then relatively unknown domestic rights issue, and the amazing campaigners who were putting it in the spotlight. From the women living with period poverty and the scale of the issue, to the human rights implications, we’ve tried to give you the full picture.

Less than a year later, we don’t have to explain period poverty to you. Passionate activists like Amika George and Gabby Edlin pushed this issue into the mainstream news, receiving coverage from every major publisher before the government finally took action last month. That’s a lot of progress in a year! We’ve also been putting together a pretty snazzy collection of resources on the rights of children and families – both here in the UK, and everywhere else. Here’s just a couple of highlights:

Some of our most successful content has been to mark Holocaust Memorial Day, with our 2016 video now being watched more than seven million times. Yes, you read that right, seven million.

Today is #HumanRightsDay and the first day of the Universal Declaration of Human Rights’ 70th year. Now that’s something to celebrate! pic.twitter.com/BZwZtXDWP8

Putting human rights into perspective against the horrors of genocide resonated with people on a huge scale, and gave us some ideas on contextualising how we can tackle modern issues to put the human rights concerns at the heart of each story. Cue our next section…

Later in the year, following a far-right resurgence headlined by the Charlottesville Riots, we wanted to talk about hate crime. We spoke to three genocide survivors – one each from the Holocaust, Rwanda and Bosnia – to talk about the warning signs, their experiences, and how we can ensure this never happens again.

We raised more than £10,000 to produce the short film, which received coverage from major publishers and broadcasters, including the BBC and Evening Standard. We’ve also taken a look at the current situation and are publishing an ongoing suite of coverage, which you can find here. And now we’re doing another one! #RightsSaveLives is a campaign we’re currently fundraising for to help put aiming to put human rights at the heart of healthcare, empowering doctors, nurses and patients to improve care with a rights-based approach.

Human rights can transform health services, even in times of austerity. If you’d like to back us, please click here to donate to the campaign. Oh yeah, and here’s to next year! 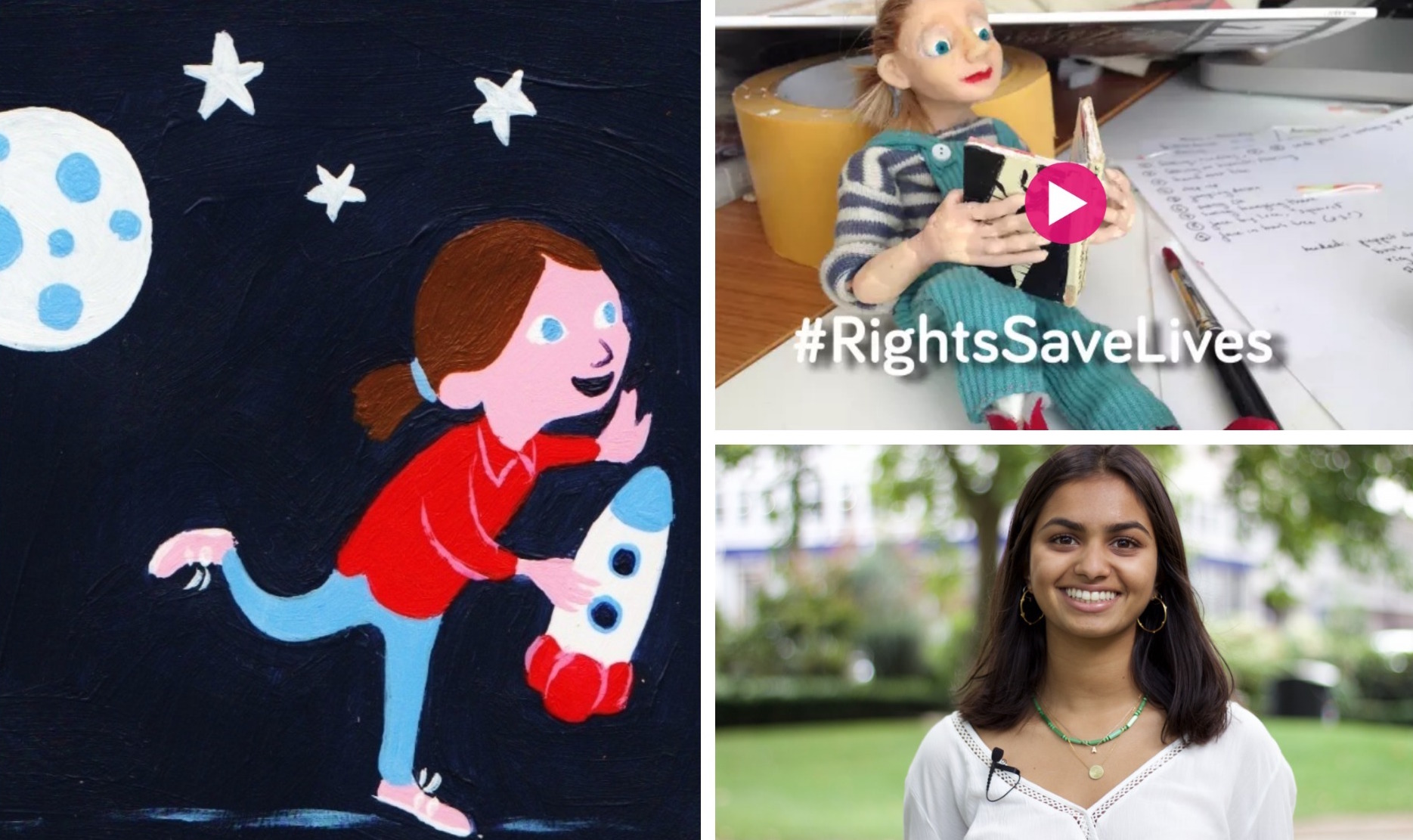 As RightsInfo Turns Three, Here Are Some of our Best Moments

We've just had our birthday - and it's all a bit exciting.

We've just had our birthday - and it's all a bit exciting.