Nearly 1.5 million young people have registered to vote in next month’s general election – and more could join them.

According to the government’s live statistics on voter registration, just under 1.5 million people aged under 34 applied to register to vote from 22 October to 19 November. Under-34s make up the majority (64 percent) of applications to vote in this general election.

However, millions of people – especially young people and members of minority ethnic groups – are still unregistered. With less than a week to go before the registration deadline of 26 November, the Electoral Commission published research that said one in three eligible teenagers still hadn’t registered to vote.

Add that to 32 percent of 20 to 24-year-olds and 26 percent of 25 to 34-year-olds, and you will realise there is still a long way to go. Compare that with six percent of pensioners and 17 percent of the whole population to see the problem.

Young people are motivated by a wide range of issues that may differ from what older voters want, as we’ve seen with Brexit. Their party preferences are also often different from older voters. Make no mistake, though, young people will lose their vote if they have not registered to vote by the deadline. 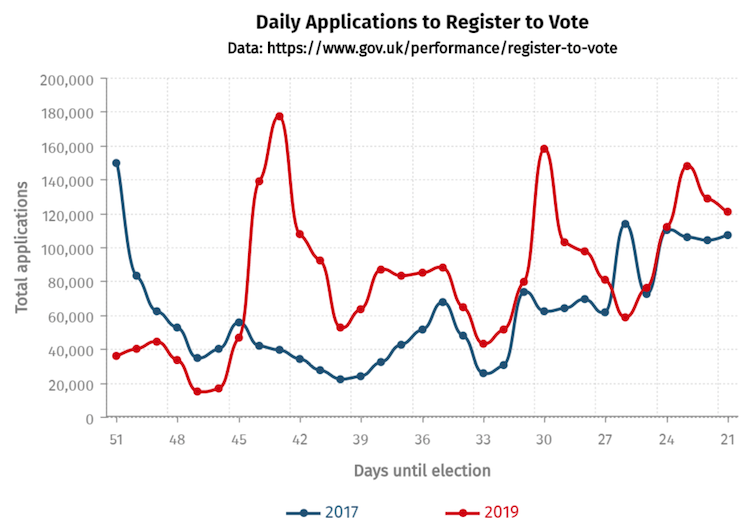 The Electoral Commission also points out that one in four people from a black or Asian ethnic background are still unregistered to vote. They will also lose their vote unless they register by the November 26 deadline.

Government reforms to the election rules in 2014 made it more difficult for young people – especially students – to vote. Now, every person has to register themselves before a given deadline – one person can’t do it on behalf of their household.

According to research, this had the worst effect on students, young adults, and private renters. Campaigns to change the registration rules continue, but, for now, voters are stuck: register to vote, or lose your vote.

It’s also true that lots of people don’t know they have the right to register to vote. For instance, it’s not always known, even among Commonwealth and Irish citizens in the UK that qualifying Commonwealth citizens and Irish citizens in the UK have the right to vote in general elections, and can register to vote just the same way at https://www.gov.uk/register-to-vote.

In 2017, the single biggest day for voter registration was deadline day, and it’s probably going to be the case in 2019 too. Deadline day is November 26. Voters can register online at any point before then. 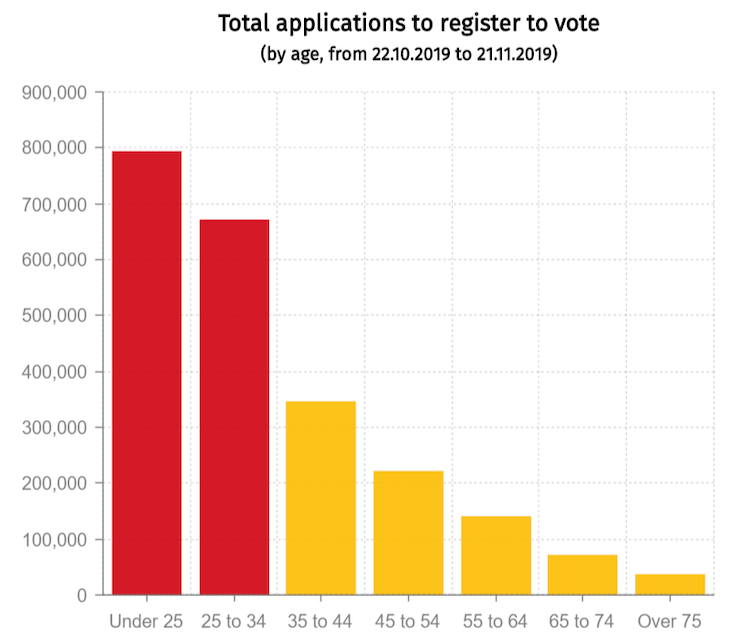 The big question for young voters may be where they decide to vote. Students can register twice if they have a home and term-time address – although they can only vote once. Lots of websites are offering tools to help students pick where they vote, like this comparison app from the Guardian, which will compare your home constituency to your university constituency.

Let’s say your home address is in a very “safe” constituency, where the current MP’s majority is really high. Let’s also say your university address was very close in the 2015 election. In this case, you might fancy voting in your university constituency, because it’s a closer fought thing. If lots of students organised to do this, it could really shake up university cities like Bath, Bristol and Sheffield. Young people have been taking to the streets this year for climate change, but will they vote, too? Image Credit: Wikimedia Commons.

In 2017, postal voters were 16 percent more likely to vote and lots of students, who may be moving home from university for the Christmas holidays, might choose a postal vote so they can pop their ballot in the post before they move.

Getting a postal vote requires filling in a form and sending it to your local electoral registration office by the deadline at 5pm on November 26. You can find the address to send it online, or use this tool: https://www.gov.uk/get-on-electoral-register.

There are even campaigns like Votey McVoteface, run by folks who live on canal boats, to help people without a fixed address register to vote. As the charity Crisis points out, you still have the right to vote if you don’t know where you’ll be living on December 12, and there are ways to register and people to support you.

Why Have More Young People Registered To Vote?

It’s hard to say at this point why there’s a surge in electoral registration. What we do know is that every day but one of the 2019 campaign, more people have applied to vote in this general election than at the corresponding day in 2017. It’s not a flash in the pan.

Some caveats apply. Going on the website and applying to register is not exactly the same as registering, because it’s possible to apply when you’re already registered. It’s so easy to apply that many people may be re-applying, just to be safe, even though they’re already registered. And young people are more likely to need to register, as first-time voters, or as people who have recently moved home and changed address.

However, the rise in registration is still fairly remarkable for an election that many pundits thought would leave voters feeling “poll fatigue”. Quite the opposite: if voter registration is anything to go by, it seems like people out there are fired up for the election.

And, with 64 per of applications to vote coming from under-34s, raises the question: will young people vote in December, and for whom? Will students get smart about where they choose to vote? Will we see young people using postal votes to avoid the December cold?

Only one thing is for sure. To vote, young people have to register. 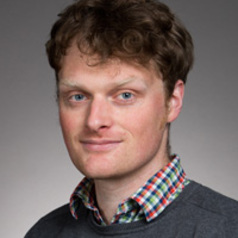