Why Do Young People Join Gangs? Members Explain The Appeal Of Risk Taking

As the rate of knife crime continues to rise, there have been many attempts to investigate why some young people resort to potentially fatal violence: from problems at home to a lack of opportunity, or simply a desire to fit in.

But there is another motivation that has powerful effects on the mind and body, and is seldom considered by police or lawmakers because of its sensitive nature. That is, the simple but compelling allure of risk taking.

Since 2008 and the onset of austerity, many disenfranchised young people have felt the effect of cutbacks to youth services, which have in turn affected where and how they spend their time. The emergence of street gang culture in many marginalised areas has also seen an increased police presence, which further constrains young people’s liberty – whether they are involved in gangs or not.

Faced with the banality of routine existence and limited opportunity, risk-taking behaviour can, for some, become highly alluring and exciting. It’s thought that some people engage in illegal risk-taking – or “edgework”, as it’s called by criminologists – for the intense emotional feelings they experience during the act. In effect, a temporary sense of self-empowerment and freedom from society’s rules and constraints.

As part of new research published in the Journal of Criminological Research, Policy and Practice, I interviewed 44 young men involved in street gangs on Merseyside, which is among the UK’s most deprived areas. Many of them described the “buzz” of badness, in relation to risk-taking behaviour, and the “bad boy” image it projected to others. The status of identifying as a gang member and adopting an all black dress-code; the anticipation of meeting up with the other members and planning antisocial or criminal acts; the exhilaration of the act itself and the thrill of getting way with it. All of these elements combine to create a high-intensity emotional experience, according to my respondents, which can be further enhanced when there is some degree of success through material gain after a drug deal, car theft, or robbery.

Another explanation could lie in what psychologist Philip Zimbardo calls “deindividuation”, or the power of anonymity. The theory suggests that people who dress the same, or cover their faces, may act more aggressively and show less self awareness and inhibition than they would otherwise. Put simply, people feel a sense of liberation when running with a mob or being involved with a known street gang.

The gang members on Merseyside that I interviewed for my research described wearing the same branded clothing, not only because it was a designer brand but also because they believed it made it more difficult for police to identify specific people from CCTV footage. One young interviewee called it “being blacked out.”

Being part of a gang can be seen as a pathway to manhood, offering young men social status, acceptance, and role models in the form of more senior gang members. What’s more, the young men who participated in my research said they believed women were attracted to – and excited by – their “bad boy” image, which reinforced perceptions that being part of a gang helps to fulfil masculine ideals.

While research into edgework is growing, it has been slow to feed into practical interventions. The young people in my study valued a range of experiences derived from gang membership, from the sense of anonymity, to the excitement of risk taking and the social status they cultivated among their peers. Any efforts to prevent young people from joining gangs must address these experiences, rather than ignore them. One idea that emerged from my research, is to focus on the possible life-changing consequences of being injured through violence or being caught. During my interviews, several participants spoke of the shame, embarrassment and guilt they felt when confronted by police officers about gang-related, antisocial acts on the streets. This was particularly evident among younger participants, especially when their parents and siblings were informed.

The work of the Violent Reduction Unit (VRU) in Scotland has already demonstrated the merits of this approach. The VRU has worked with partners in the NHS, education and social work to inform young people of the damaging consequences of joining gangs, and to offer them alternatives. Similarly, research has shown that former gang members can become excellent mentors for teenagers who are at risk of being drawn into crime, because they can empathise with their experiences.

The motives that drive young people to join gangs are complex, and there’s no doubt that marginalisation and a lack of opportunity leaves young people with limited choices. But it’s also crucial to recognise the appeal that risk taking and rebelling can hold for young people living in such circumstances. 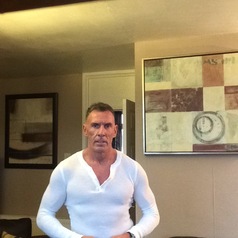 Robert Hesketh Lecturer in Criminal Justice, Liverpool John Moores University
Visions / 17 Mar 2022 Should Access To The Internet Be A Human Right?
Institutions / 17 May 2022 More Needs To Be Done To Uphold Freedom Of Information In Scotland
Equality / 16 May 2022 What's New In Human Rights In Scotland? EachOther Is!
Disability / 13 May 2022 Repeat Safety Failures In A Mental Health Unit Contributed To A Man's Death
Discrimination / 12 May 2022 Homeless People Sleeping In Cars Or Tents Could Be 'Committing' A Criminal Offence