In Pictures: Young People Affected By The Justice System

Linden was only 16 years old when he was forced to undertake a three-year court battle to become a British citizen.

The Home Office had rejected his citizenship application, even though he has lived in the UK since he was four and remembers nothing of where he was born – Saint Kitts.

His mum, Tessa, had to borrow more than £1,000 to cover the costs of registration – a fee which the High Court has since ruled to be unlawful.

Solange Valdez-Symonds, a solicitor with the Project for the Registration of Children as British Citizens (PRCBC), carried out years of pro bono work to secure Linden’s right to remain in the UK.

Now aged 19, Linden is studying electrical engineering at the University of Portsmouth. He is also a talented musician and performs across the country with the Wandsworth Symphony Orchestra.

But he still remembers the feelings of fear and anxiety caused by being left in limbo over his immigration status. 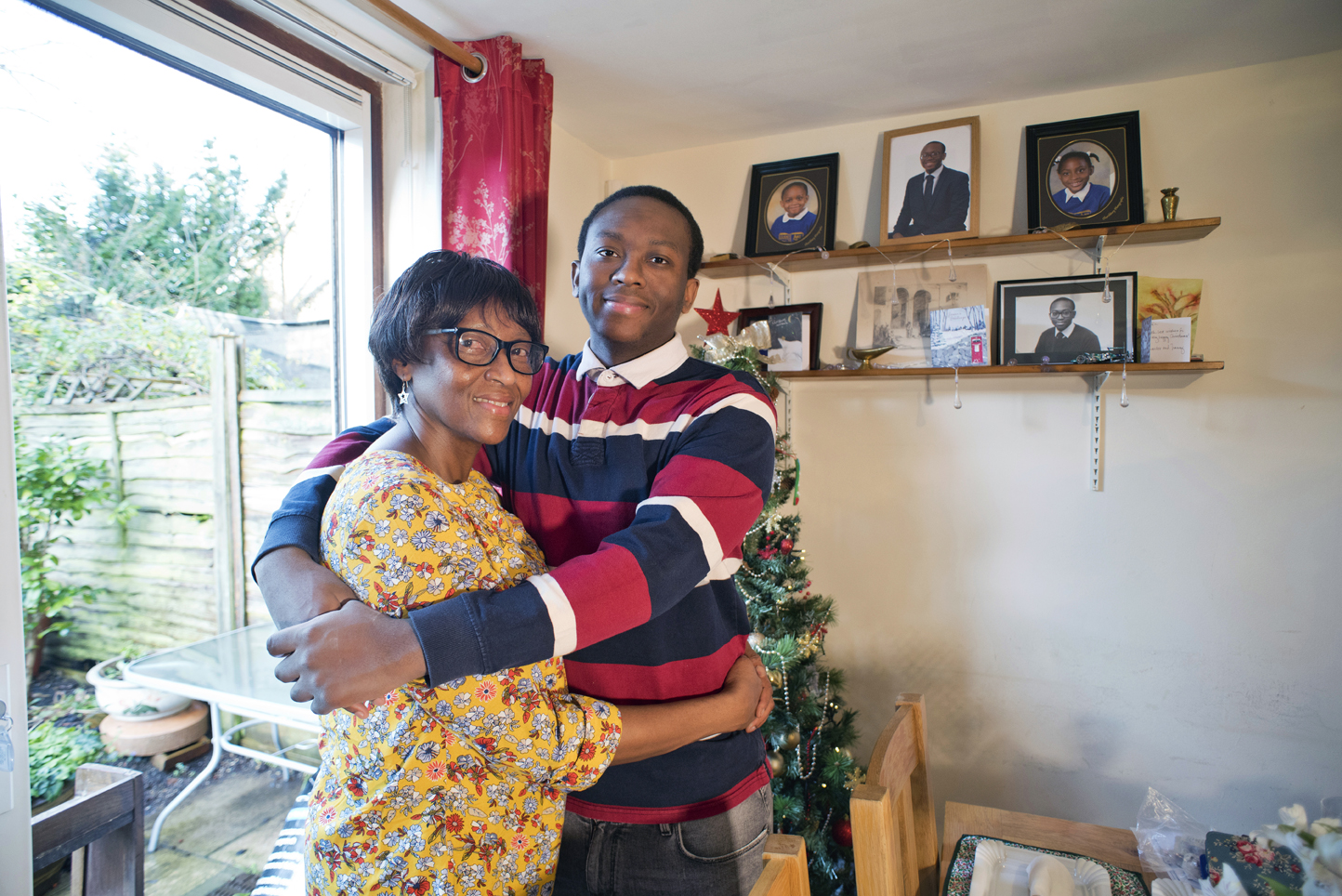 Linden’s story is one of many included at a new exhibition in London by photographer Alice Mutasa, featuring portraits of children and teenagers who have come into contact with the UK justice system.

Among the collection are stories of young people caught up in family disputes, challenging inadequate housing conditions and rebuilding their lives after entering the criminal justice system.

“I just wanted to show how legal issues can impact young people and ask them to explain their thoughts on what is wrong with the legal system and how it might change,” she told EachOther.

“It is also to celebrate the professionals who work in this area and make sure that young people can access justice.”

Mutasa, whose work has taken her to Mali and Niger to photograph the nomadic Tuareg tribe, said that turning her lens towards an issue closer to home was “fascinating”.

Among the stories included in the collection is that of seven-year-old Hope, whose rare metabolic condition – Glutaric Aciduria Type 1 – means she needs to use specialised equipment around the home.

She has been looked after by her grandfather, John, since she was six months old. For years, the family was stuck in a tiny two-bedroom flat, Hope sleeping in a tiny cot at the foot of her grandparents’ bed.

John said: “Our home was damp, cramped and there was no space for Hope to use the specially designed walker to help build up her legs and give her some independence.

“When Hope was in her adapted feeding chair for meals, it took up all the space in the living room, and you just couldn’t move.”

John battled with his local authority for three and a half years, but got nowhere. “We were stuck, and it was having a really bad impact on the whole family,” he added.

That was until John attended a drop-in service run by the solicitors’ pro bono group LawWorks. They wrote an 18-page letter about the case to the council – who swiftly moved the family into a more suitable flat.

John said: “The flat is perfect to help Hope grow, develop and have more independence. Her movement is better now she can freely use her walker. It’s made a tremendous difference to all of us.”

When a family have their final hearing, the impact of that decision is lifelong

When a family have their final hearing, the impact of that decision is lifelong

A third case is that of Katie, 20, who came into contact with the family justice system when her parents separated 10 years ago.

Aged just 10, she took the decision to live with her dad – a move she feels was, at the time, wrongly seen as a rejection of her mum. But it was not that she did not want to see her mother, she explained. She just could not bear the thought of not seeing her dad.

Her seven-year-old sister remained with their mum. Katie said that it has felt like a battle between “us and them” ever since.

“When people ask how long my case was being heard for; I say it is still ongoing,” she said. “The number of weeks, months and years is of little importance, because when a family have their final hearing, the impact of that decision is lifelong.”

Throughout her case, she often felt pressured to compromise to please both her parents and avoid accusations of being disloyal to her mum, she said.

But Katie is now using her experiences to drive change. She joined the Family Justice Young People’s Board – a network of children across England and Wales who are working to improve the family justice system – which she described as the “best thing I’ve ever done”.

She is also in the third year of a law degree and hopes to become a barrister in family law. “I want to contribute to family justice in a way that will help professionals more readily understand children’s true feelings,” she said.