‘Working Together Makes Sex Workers Safer. Here Is Why’

“How would you feel if your daughter said she was a sex worker?”

You might have been asked this question if you have ever had a conversation about sex work and the morality of it.

As a sex worker I find this question, and the attitude it reflects, repugnant.

It appeals to ingrained patriarchal and paternalistic attitudes towards parent-child relationships where sex is something you do not want your child partaking in, let alone engaging with as a means of labour. For many, sex work is just one way of making a living in a male-dominated, capitalist society.

I suggest we approach this question from another angle – that of sex worker and activist Juno Mac – by asking: “Your daughter is doing sex work, is she going to be safe at work tonight?”

Are Brothels Legal In The UK?

Sex work is a criminalised job, which means it is surrounded by a set of laws dictating what you can or, more commonly, cannot do.

The exchange of sex for money is legal in England and Wales, but some but activities associated with the sale of sex are criminalised. For example, In England and Wales, there are laws against soliciting and loitering in a street or public place for the purpose of prostitution. There are similar laws in place in Scotland.

In England and Wales, policing approaches vary locally, meaning workers can be arrested for loitering or soliciting on the street in one town, but be left relatively alone in others.

‘Brothel keeping’, defined as a property used by more than one person to sell sex, on the same or different days, is illegal. This makes it impossible for sex workers to work together legally inside. The purchase of sex itself is not criminalised in England, Wales or Scotland, but as with the sale of sex, there are offences linked to this activity.

But, again,  police enforcement varies depending on the social attitude at the time, and the policy of the local constabulary. Some forces have a policy of tolerance whilst others crack down on brothels harshly – raiding and arresting sex workers and deporting any undocumented migrants among them. A prime example of such happening can be found in the Met Police’s ‘Operation Lanhydrock’ raids on a string of central London brothels in 2016.

These ‘brothel keeping’ laws push workers into precarious positions where they are forced to work alone, where nobody can help them if they end up dealing with a bad client. Sex workers therefore have little choice to submit to un-licensed bosses who can act as judge, jury, and executioner on our livelihoods, or we are forced to work alone.

The fact that brothel keeping is criminalised in the UK forces us to make a number of impossible choices:

If we choose to work together, we cannot report crimes committed against us to the police, because doing so would bring to the police’s attention that we were committing the offence of brothel keeping, rendering us liable to arrest ourselves.

Sex workers therefore have little choice to submit to un-licensed bosses who can act as judge, jury, and executioner on our livelihoods, or we are forced to work alone.

I have worked both in a managed premises, as well as on my own, and I can say with certainty that my preference is to work with other people.

Not only is it safer, it’s also nicer to be working alongside people who understand your struggles. Despite the many downfalls found by having someone controlling your earnings and taking a cut, my first experience of working in a managed brothel gave me my first taste of sex worker solidarity and community. In New Zealand, groups of up to four workers can work together without needing a licence.

This means that in New Zealand right now there is no need to choose between personal safety and risk of enforcement, and with decriminalisation comes the ability for workers to stand up for their rights in the workplace.

Just recently in 2014, there was a court ruling that awarded a worker $25,000 in damages as a result of sexual harassment from a brothel manager. Such reparations are rendered completely impossible under any degree of criminalisation of the buying and selling of sex.

Until workers can work together without fear of legal repercussions, and without having to choose between dealing with unlicensed managers unable to demand better working conditions, or risking their own safety by themselves, the plight of sex workers in the UK will continue.

Sadly, moralistic posturing remains the main driver of decision making in the UK, over evidence based harm reduction policy, and until we begin to value the lives of sex workers over the feelings of people who have never sold sex in their life, Westminster will continue to show complete disregard for us.

This is of critical importance given the current funding cuts that are devastating long-standing and trusted sex worker services in the UK and elsewhere. 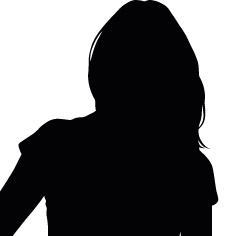 Carly Bell Guest Author
Visions / 17 Mar 2022 Should Access To The Internet Be A Human Right?
Equality / 16 May 2022 What's New In Human Rights In Scotland? EachOther Is!
Disability / 13 May 2022 Repeat Safety Failures In A Mental Health Unit Contributed To A Man's Death
Discrimination / 12 May 2022 Homeless People Sleeping In Cars Or Tents Could Be 'Committing' A Criminal Offence
Institutions / 11 May 2022 The Government's Proposed Bill Of Rights Is A 'Power Grab'