Are human rights under threat in your community?

If so, tell us about it by emailing us

On 31 March 2022, Edinburgh Council will vote on whether to limit the number of strip clubs in the city or to impose a cap on them set at zero (a ‘nil-cap’ policy), which would ban strip clubs in the area altogether, potentially forcing the four existing venues to shut permanently. Danielle Worden, a legal caseworker for United Sex Workers, explains how a ban could put women at greater risk.

Edinburgh Council’s vote follows a Scottish Government paper on gender-based violence which was released in 2019. As a result of that paper, later that year local authorities were given the power to impose a limit or an outright ban on strip clubs. But workers in the industry believe that a ban on such venues will increase levels of violence against them.

Bristol Council will hold a similar vote in the coming months. Such policies, known as ‘nil-cap policies’, cap the number of licences available for strip clubs at zero. They have been adopted by other councils, such as Chester and Swansea, harming workers. This article urges human rights activists to condemn the threats posed to the lives and livelihoods of strippers by these nil-cap policies.

You will have heard the phrase, “sex work is work”, coined by sex worker Carol Leigh, which has been adopted by human rights organisations in the last ten years. Its basic meaning is that sex workers are workers that deserve both respect and rights.

As organisers, we want to fight for better working conditions, better pay and labour protections, but we can only do that if our work places are not constantly at risk of being shut down by our councils. It is exhausting that we are expected to justify our right to work to the people who are supposed to represent us.

Under the Human Rights Act (HRA), everyone has the right to liberty and security (Article 5) and the right not to be discriminated against in respect of the rights and freedoms the Act safeguards (Article 14).

The phrase can also have a legal meaning, shown by the recognition of a stripper as a ‘Limb (b) worker’ in the NOWAK employment tribunal judgment, which acknowledges that ‘sex work is work’ from a practical perspective. It focuses on the reality that stripping is a form of labour that workers depend upon for their livelihoods.

A dancer from Bristol recently told the BBC:

We are not asking anyone to approve of the work we do or support the sex industry, or anything like that. What we are asking people to understand is that stripping is a job and, just like any other worker, we need to benefit from the same rights, which is to be safe at work.

In England, Wales and Scotland, the sale and purchase of sex by consenting adults is legal. However, almost all related activities (such as working together, via laws against brothel-keeping) are criminalised, which pushes sex work underground and makes it more dangerous. Northern Ireland takes an even more oppressive approach by criminalising the purchase of sex under the ‘Nordic Model’.

The one exception to this is stripping, with it being legal to work in a strip club licensed as a ‘late night refreshment venue’, or more specifically as a ‘Sexual Entertainment Venue’ (“SEV”), through “SEV licensing powers”. Through statutory amendments, these powers were introduced in Scotland in 2015 and everywhere else in the UK in 2009.

Edinburgh Councillors reportedly delayed the decision to get legal advice amid fears that a ban on existing venues could lead to lawsuits from club owners. The local authority is due to conclude the process this month.

Cllr Mandy Watt, a Labour councillor in the city, believes the limit should be set at zero. Watt stated: “I don’t consider this to be a moral issue; it’s about the safety of women and girls. There was a full consultation about the proposals and performers were included”.

It’s always difficult for people when the industry that they work in changes and they need to find alternative ways to make money. I’m confident that women who perform in the venues are talented enough to adapt their performances or find other work. If there’s help that they’d like towards getting started in a new career, I’d be keen to hear from them about what they’d need.

Could there be a ban in Scotland?

Edinburgh looks set to become the first Scottish council to limit by license sexual entertainment venues (SEV) in Scotland. Members of the council believe that introducing a cap or potentially a ban would prevent violence against women and girls (VAWG) and may protect workers against slavery and forced labour under Article 4 of the HRA.

However, by removing regulation altogether, women will be forced to work in unregulated premises where they may face a greater risk of violence and exploitation. Making something illegal does not eliminate demand for the service, nor the economic need of those who provide the services. It simply makes it more dangerous.

Studies overwhelmingly show that restricting legal forms of sex work turns workers to riskier forms of sex work. Strippers have repeatedly emphasised that nil-cap policies would mean they would instead work at unregulated venues and private parties which do not benefit from security or safety measures.

When asked what number of ‘Sexual Entertainment Venues’ (SEVs) should be allowed in Edinburgh city centre, 306 people (37.9% of respondents) said zero, with 347 (43%) saying there should be zero in busy late-night areas, such as George Street or the Grassmarket.

Evidence hearings took place in 2020, during which strippers did not object to the adoption of the SEV licensing powers, especially if used to enhance their employment rights. Only three participants in the hearings favoured the introduction of a nil-cap policy, citing the need to prevent violence against women and girls (VAWG). Workers, many of whom had stripped for over a decade, as well as clubs warned of the serious harm a nil-cap policy would cause.

Councils such as Chester, Swansea  and Barking and Dagenham have used SEV licensing powers to implement a ‘nil-cap policy’, under which SEVs are banned. Supporters of nil-cap policies claim SEVs cause VAWG. Groups which support this approach include ‘Not Buying It’, which allegedly employs tactics such as hiring ex-police officers to covertly film nude strippers without their consent. Ironically, the stated aim of such practices is to end female objectification.

The ‘right’ to strip

Studies show that most strippers are female and that stripping attracts other marginalised groups, such as single mothers, migrants and people with disabilities. This is due to features such as relatively flexible shift patterns and the scarcity of other desirable employment options.

There is no evidence whatsoever that SEVs cause or even correlate with VAWG. The alleged ‘evidence’ showing this has been sought by strippers on countless occasions and none has been provided.

Rather, evidence unequivocally shows that the type of entertainment premises in which VAWG is most common is nightclubs. However, nil-cap supporters are not campaigning for the closure of the Bristol nightclub Pryzm, which has a reported sexual assault rate five times higher than the area’s two existing SEVs combined.

Like other workers, strippers work to earn a living, to meet their basic needs, which has increasingly been made difficult by pandemic-related job shortages, inflation, extortionate housing costs, inadequate benefits, lack of affordable childcare and falling wages in other industries.

Nil-cap policies would lead to the unemployment of hundreds of workers, including bar and security staff. Workers cannot simply find other jobs: both cities have some of the highest rates of people on out-of-work benefits, with women far outnumbering men. Many strippers already have other jobs and use stripping to supplement their inadequate earnings.

Margot, a dancer from the United Sex Workers collective, said:

Strippers are just like any other worker: they should have the right to be able to work in the city and venue of their choice and to do so free of violence.

Will it protect women against violence?

Proposals to close strip clubs are political posturing aimed at scoring brownie points for ‘combatting VAWG’ without actually doing anything to address its root causes.

Does it breach socio-economic and human rights?

Nil-cap policies cause clear ‘disadvantage’ by preventing strippers from working in an occupation, city and venue of their choice. This automatically disadvantages women, because most strippers identify as women, and there is no requirement for the Provision Criterion or Practice (PCP) to explicitly target women. In its 2021 Equality Impact Assessment, Bristol Council acknowledge this.

Councils are required under The Public Sector Equality Duty (PSED) to give “due regard” to objectives such as the need to eliminate discrimination and tackle prejudice. They must do this with “rigour” and in a manner that means “consideration will influence the final decision”. This process commonly takes the form of Equality Impact Assessments.

Adoption of the nil-cap policies would reflect a failure properly to engage with and listen to the countless workers, organisations and members of the public who highlight the discriminatory impact of such policies. Edinburgh Council has not provided any evidence that it has undertaken an Equality Impact Assessment as part of its most recent consultation.

Since the receipt of the letter from United Sex Workers, both Councils have delayed voting on the introduction of nil-cap policies.  If they truly wish to address VAWG, the Councils are urged to listen to United Sex Workers and its workers.

“The Scottish Government stated during the passage of the 2015 Act that the introduction of this legislation acknowledges the freedom of adults to engage in legal activities and employment. Nevertheless, it continues to promote, through all relevant means, gender equality and actions that tackle outdated attitudes that denigrate or objectify particular groups or individuals.” 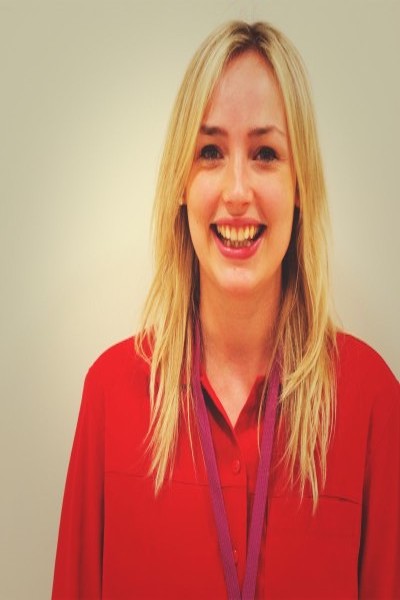 Danielle Worden Legal Caseworker for United Voices of the World

Danielle Worden is a legal caseworker for United Voices of the World, specialising in claims for the sex worker branch United Sex Workers. She is also undertaking a PhD in Law at University College London (UCL), considering how different laws (such as the Equality Act 2010) can be used to promote sex worker rights even whilst sex work remains partially-criminalised. Danielle attended Harvard as a fully-funded Kennedy Scholar and graduated first out of 175 candidates in an Legum Baccalaureus (LLB) from UCL. She is the Head of Equality and Discrimination at the charity Somers Town Legal Advice Corner.

Danielle Worden is a legal caseworker for United Voices of the World, specialising in claims for the sex worker branch United Sex Workers. She is also undertaking a PhD in Law at University College London (UCL), considering how different laws (such as the Equality Act 2010) can be used to promote sex worker rights even whilst sex work remains partially-criminalised. Danielle attended Harvard as a fully-funded Kennedy Scholar and graduated first out of 175 candidates in an Legum Baccalaureus (LLB) from UCL. She is the Head of Equality and Discrimination at the charity Somers Town Legal Advice Corner.

Strippers and sex workers are encouraged to join United Sex Workers to be part of the collective struggle for workers' rights.

The English Collective of Prostitutes

The English Collective of Prostitutes is an organisation of sex workers working on the street and in premises with a national network throughout the UK. We campaign for the decriminalisation of prostitution, for sex workers' rights and safety, and for resources to enable people to get out of prostitution if they want to. #MakeAllWomenSafe