From domestic violence to destitution, women are being hit hard by the coronavirus pandemic in myriad ways. Yet male experts dominate more than two-thirds of the government’s Scientific Advisory Group for Emergencies (SAGE). Hannah Swirsky argues that greater female leadership is needed in the Covid-19 response.

“Coronavirus is the great leveller”. That is the often-repeated phrase we have heard endlessly since the outbreak took hold in the UK. But, as BBC presenter Emily Maitlis perfectly articulated, it could not be further from the truth.

“This is a myth which needs debunking,” she said. “Those serving on the front line right now: bus drivers and shelf-stackers, nurses, care home workers, hospital staff and shop keepers, are disproportionately the lower paid member of our workforce. They are more likely to catch the disease because they are more exposed.”

Meanwhile, the Institute of Fiscal Studies has found that the death rate among black and minority ethnic (BAME) Britons is more than double that of their white counterparts.

It is vital we are aware of these disparities, and the reasons for them, so we can call on the government to fulfil its duty to protect people whose lives are at risk. 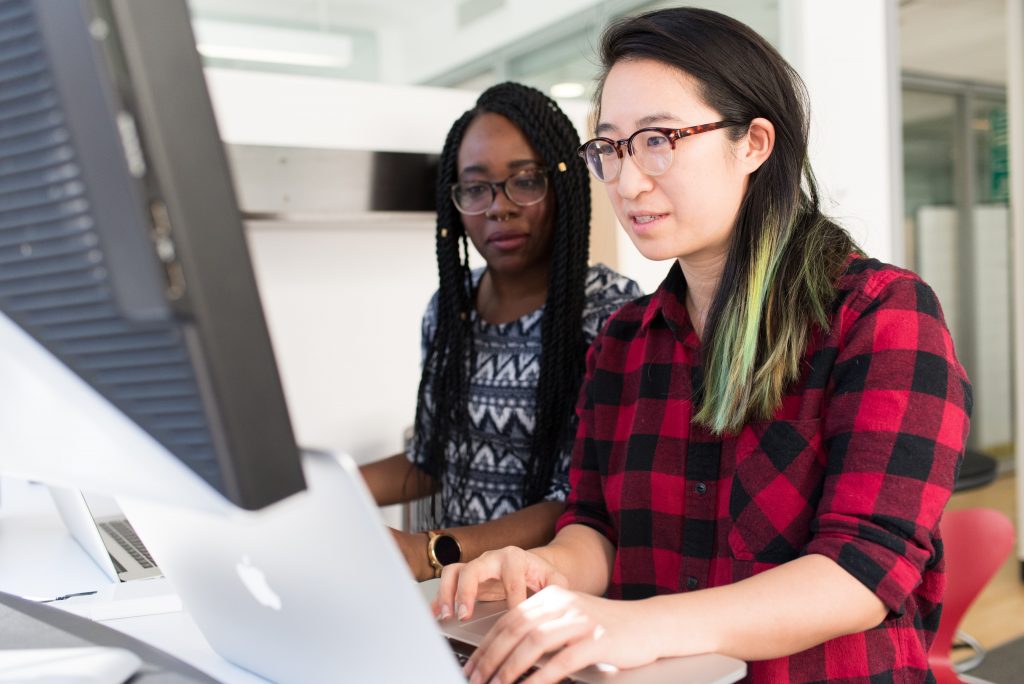 The BAME community has been hit harder than its white counterparts. Credit: Unsplash

It is also vital that we do not lose sight of the more hidden impacts of the coronavirus. Economic hardship, the burden of unpaid care  and gender-based violence all disproportionately affect women – especially those with disabilities or from working class and black and minority ethnic backgrounds.

In order to embed equality into the response to the Covid-19 pandemic, women must be equally represented in decision-making roles. However, PM Boris Johnson has been criticised for appearing to rely solely on men to lead the UK’s Covid-19 response.

Only 14 out of 50 experts named to have attended SAGE meetings, the body which is advising the cabinet on the coronavirus response, are women. 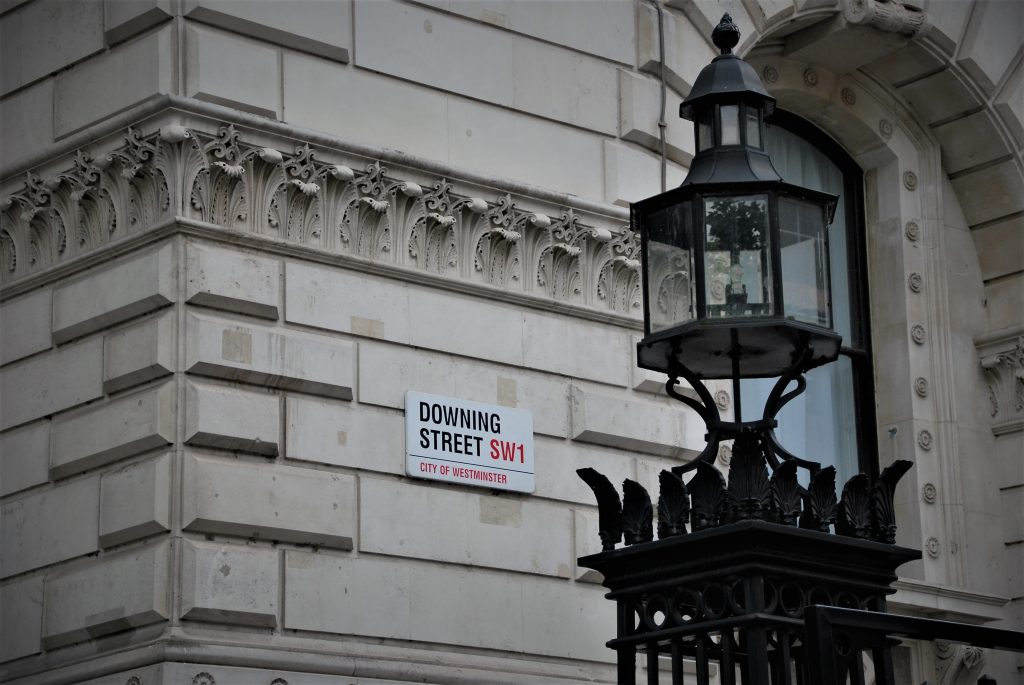 The vast majority of the panel also appears to be white, which may cause concern given that BAME people are disproportionately dying from the virus. It’s not just the government which is missing out on women’s expertise – research from University of London has found that male experts were almost three times as likely to be featured on news media during coronavirus coverage in March.

The Centenary Action Group, a cross-party UK coalition of more than 100 leaders, activists, politicians and women’s rights organisations campaigning to improve women’s political representation, is calling for a gendered response to the crisis to deal with the disproportionate impacts on women.

The unequal nature of our economy means that women bear greater financial costs as a result of the crisis. 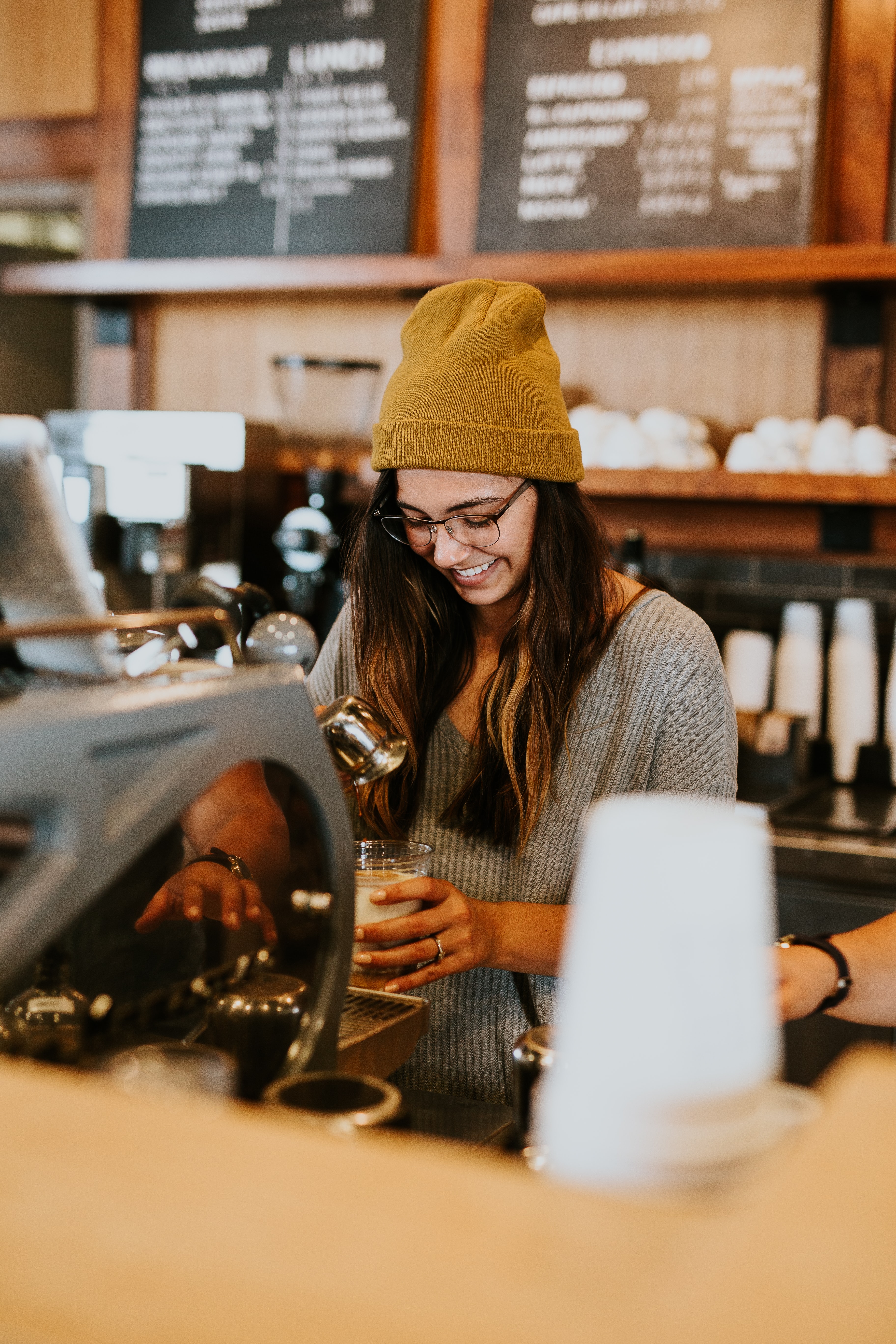 This is most pronounced for women under 25 who are most likely to have been employed by sectors shut down during the crisis, on insecure contracts and with little savings.

While others face redundancy or pay cuts, pregnant workers in healthcare and other industries are being expected to continue working in environments they consider unsafe. For migrant and refugee women with no recourse to public funds, the economic downturn will push even more into poverty, with no access to public services or housing.

It is the government’s responsibility to address these gendered inequalities if we are to truly contain Covid-19. Yet, according to the Women’s Budget Group, the financial support measures announced by the Treasury (four of the five ministers of which are men) will not benefit many low-paid women “because they earn too little or are in insecure, temporary and part-time work”.

Prior to the Covid-19 outbreak, women did more than three times as much unpaid care work as men.

This disparity has become worse under lockdown, with mothers in the UK now providing at least 50 percent more childcare than fathers according to figures analysed by the Observer. Many sacrificing paid work as a consequence. The data also reveals that women are typically spending between 10 and 30 percent more time schooling their children than fathers. For single-parent households, which are twice as likely as coupled households to live in poverty, the lack of childcare support presents a huge challenge.

In the long term, with nurseries and childcare providers facing “the risk of permanent closure”, families are likely to revert back to stereotypical gender roles.

With most now working remotely, new forms of abuse and harassment are emerging online. The internet is a platform for misogynists to flourish, which particularly effects BAME women. 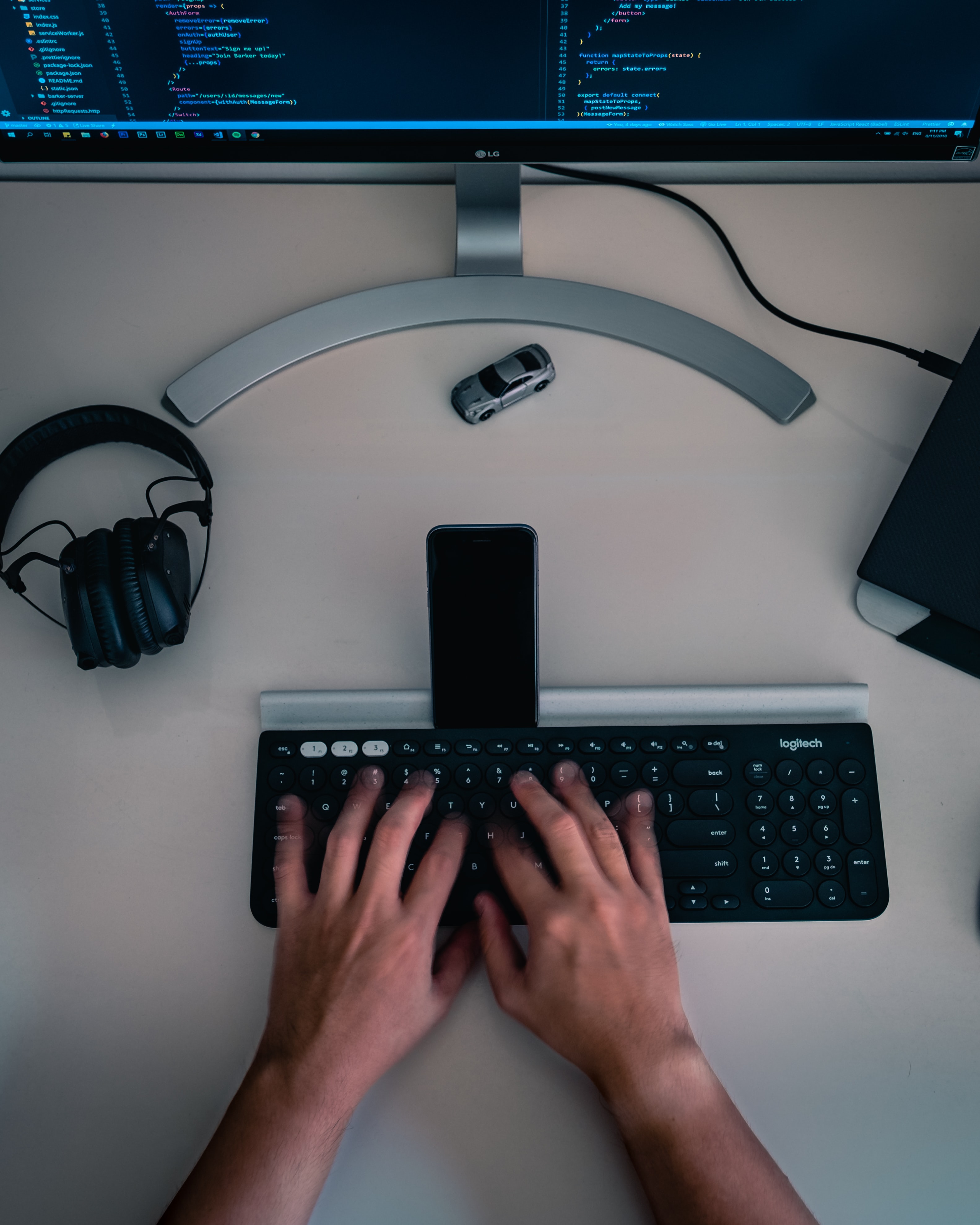 Since lockdown, there has been a rise in so-called “zoombombing,” whereby uninvited attendees join online meetings to post hateful and abusive messages. Hidden from plain sight, perpetrators will continue to engage in sexual harassment and inappropriate behaviour against their (most likely to be female) employees or colleagues online.

Domestic abuse has also increased under the lockdown, as victims are stuck in isolation with perpetrators. In April, charity Refuge recorded a 700 percent increase in calls to its helpline in a single day, and there were at least 16 suspected domestic abuse killings in the first three weeks of the initial lockdown, far higher than the average rate for this time of year.

After weeks of campaigning by the women’s sector, the government has announced increased funding for domestic and sexual violence support. However, unless some of this is ring-fenced for specialist services, then minority women – such as migrant women with no recourse to public funds and disabled women, who are more likely to experience domestic abuse – will be left behind. 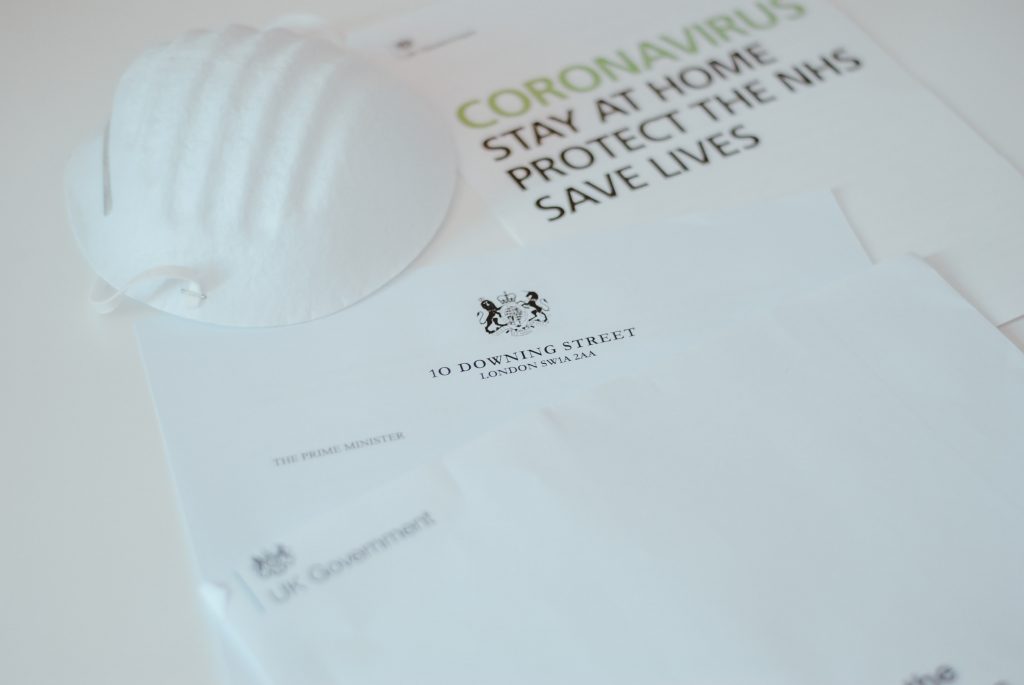 The Centenary Action Group has joined more than 60 other organisations in calling on the UK government to adequately support women and girls during this epidemic. The government must consult with diverse women’s organisations and include women at every level of policy-making, centring the experiences of women and girls with multiple protected characteristics, such as race, disability and religion.

The pandemic has highlighted that the “old boys club” does not lead to effective policy making and can exacerbate disasters. We are missing out on the talents, experiences and interests of women, in all their diversity – the need for which is greatly heightened at the time of crisis.

Data suggests that, although it is not possible to determine causality, countries with female heads of state have performed relatively well in responding to the pandemic.

Now, more than ever, is the time to listen to women and girls. Otherwise we risk going backwards on the progress that generations of women fought long and hard to achieve. 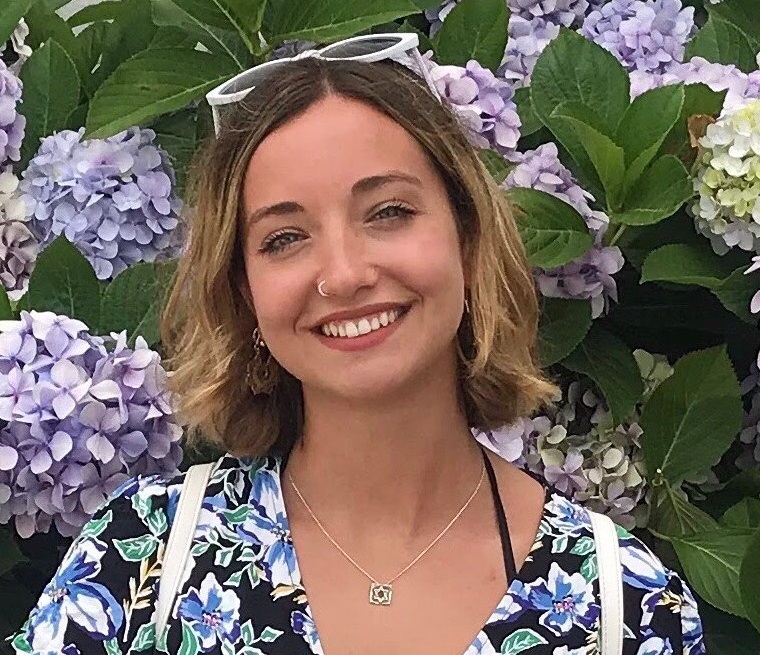 Hannah Swirsky is the campaign coordinator for Centenary Action Group, a cross-party campaigning coalition working to improve women’s political participation and representation. Prior to this she worked for an MP in Parliament and then for René Cassin, the Jewish voice for Human rights. Hannah has a masters in Human Rights from the London School of Economics.

Hannah Swirsky is the campaign coordinator for Centenary Action Group, a cross-party campaigning coalition working to improve women’s political participation and representation. Prior to this she worked for an MP in Parliament and then for René Cassin, the Jewish voice for Human rights. Hannah has a masters in Human Rights from the London School of Economics.