The debate around reparations for colonialism and slavery has often been an explosive one. It is often dismissed as far removed from reality, relating to events in the distant past. But the legacy and consequences of colonialism are material, living, and breathing – which makes debates around colonial restitution as relevant now as they have ever been, argues Nadine Batchelor-Hunt.

Never was this clearer than when David Cameron, the former British Prime Minister, paid a visit to Jamaica in 2015. He had arrived to provide funding for a prison, which sparked outrage among Jamaicans. Portia Simpson Miller, the then prime minister, said that Jamaica wanted reparations for slavery – not prisons. The British government refused, but it did nothing to diffuse this sentiment in the Caribbean. Indeed, just last month Barbados announced its decision to remove the Queen as their Head of State, one of the most stark reminders in West Indian countries of British colonisation. 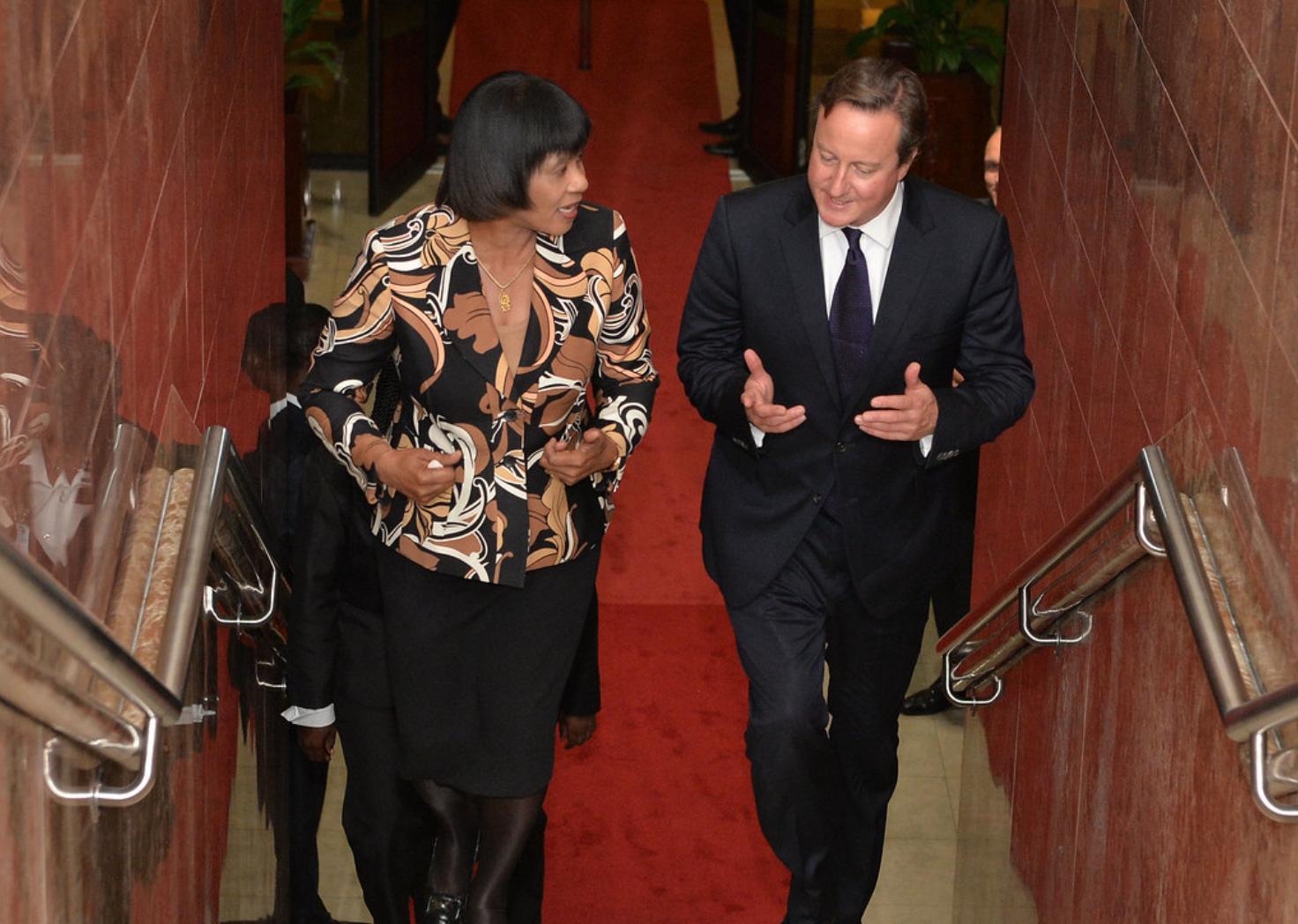 Some critics have tried to delegitimise calls for reparations by taking the argument to absurd extremes: “where do you stop if you give reparations? Do we ask Italy for reparations over Roman colonisation?” These arguments are merely intended to derail important conversations about reparations, and glaze over the real and material consequences of Western colonialism.

Take Haiti, for example. Haiti won its independence after its enslaved population mounted a revolution against their French colonisers at the start of the 19th century – but at a high price. Barely two decades later, facing political and economic isolation, the country reluctantly agreed to pay France $21 billion in today’s money to guarantee it immunity from military invasion.

Haiti was the first slave colony to become a free nation in 1803 – but was lumbered with paying reparations to France until 1947. The socio-economic turmoil that Haiti continues to find itself in today is directly related to the reparations that were extorted out of it for having the audacity to be free. And, France continues to refuse to pay reparations for the money it demanded from the nation. 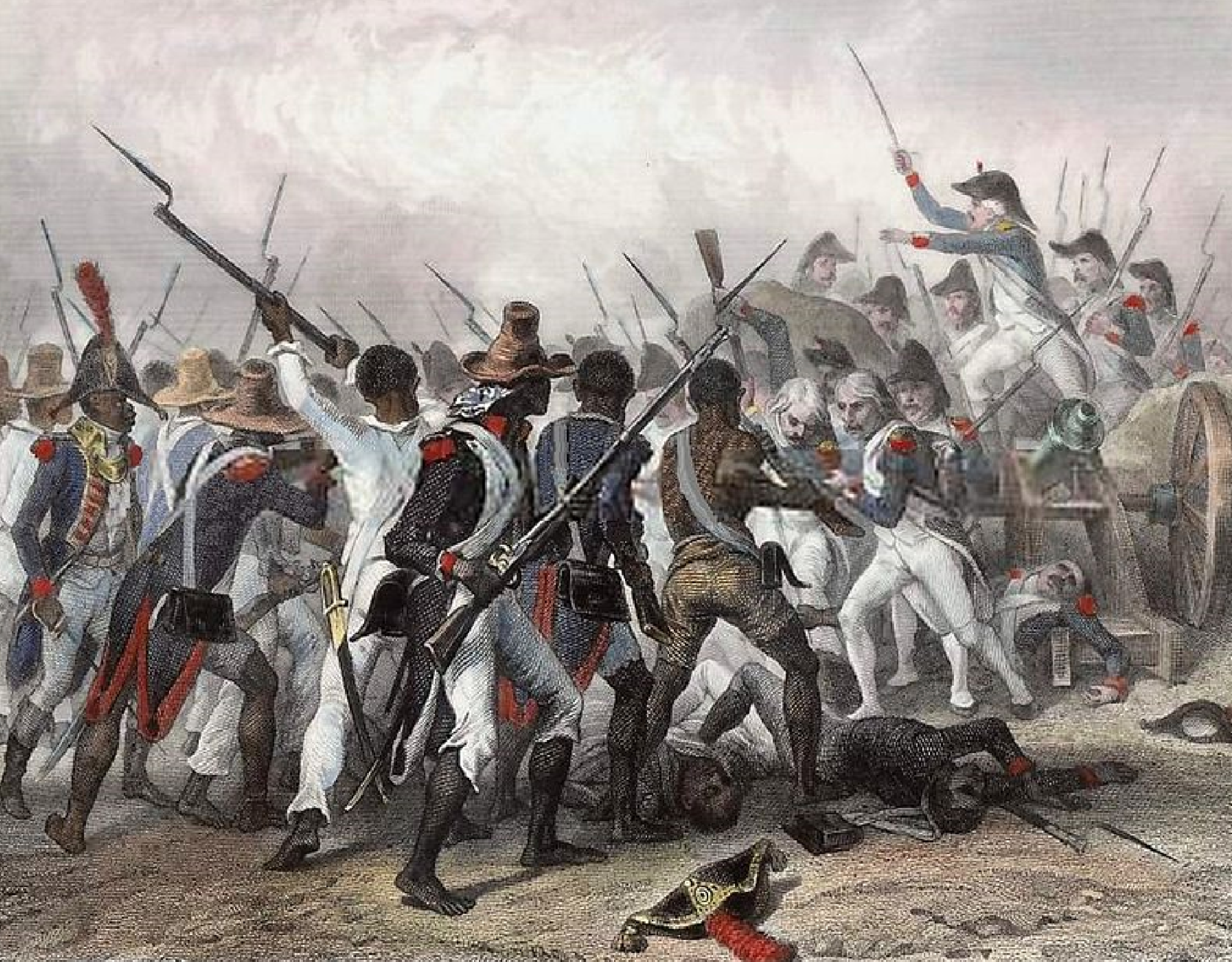 Haiti, its revolution pictured, was the first slave colony to become free in 1803. Credit: Wikimedia Commons

In the UK, West Indian sugar plantations brought billions of pounds in today’s money to the British economy. It helped build the British Empire’s wealth, strength, and might – using Black people as tools, and draining the Caribbean of its natural resources. And that economic strength is indivisible and intrinsic to the superior socio-economic position of Britain in the world today – making it one of the wealthiest countries in the world. This is something that is a direct consequence of the profits from slavery and colonialism; one that must be acknowledged with steps to address it.

These discussions should not be limited to governments. Indeed, it’s been refreshing to see companies, like pub giant Greene King, openly admit their prosperity has stemmed from colonialism and slavery. The company’s announcement that it will invest in minority ethnic communities in the UK, and diversify its staff, appears to shows a desire to interrogate and acknowledge a past that has been swept under the rug for too long.

Academic institutions have also taken steps to address the issue of decolonisation, reparations, and restitution. Glasgow University last year announced plans to pay £20 million in reparations after investigating their connections to the slave trade. And Jesus College, Cambridge, my alma mater, has also announced its intention to launch a slavery inquiry into the history of the college to explore where its wealth came from. This is also being accompanied by the repatriation of looted cultural objects from the Kingdom of Benin at the end of the 19th century. 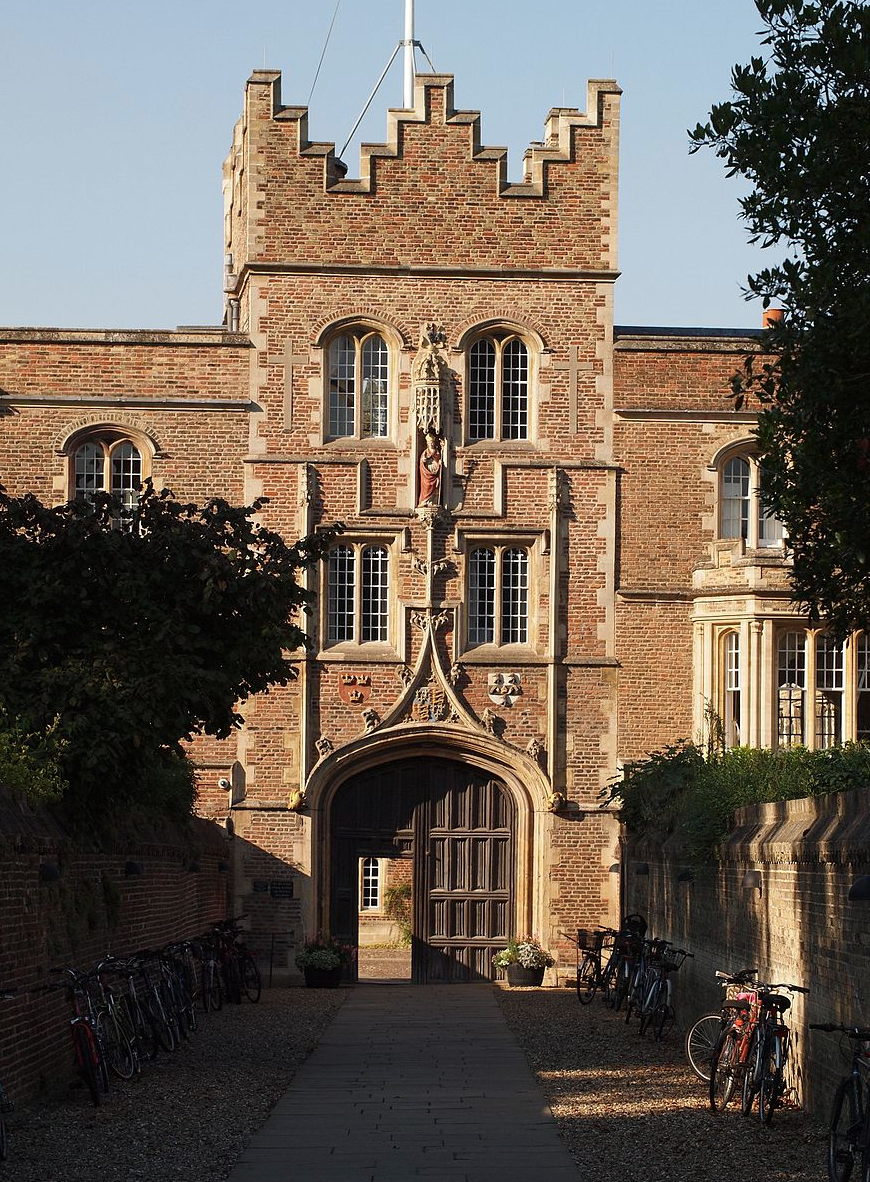 So, if we acknowledge that the consequences of slavery and colonialism are very much living, and that there is a serious argument for restitution – how do we go about it? Thousands of people have signed a petition asking Parliament to consider making cash payments to people descended from slaves, and for former slave nations.

I, however, think the approach needs to be more nuanced. A single cash payment to Black people whose futures and marginalisation were shaped by the enslavement and exploitation of their ancestors will not resolve the structural issues of socio-economic disenfranchisement among these communities. Addressing the current state of affairs – one in which three quarters of Black people in Britain feel their human rights are less protected than their white counterparts – will require a more sustainable and structural approach.

Reparation is broadly defined as the act of “making amends” or offering compensation for an abuse or injury.

In the 1900s, reparations were often a punitive measure imposed upon countries that surrendered in conflict, such as Germany following World War I.

The concept has evolved to include compensation for victims of severe human rights violations by the party, or parties, responsible.

In 2005, the United Nations general assembly adopted a resolution enshrining victims’ right to receive reparations and states duty to prove them.

Throughout history, reparations for various human rights abuses have ranged from the offering of apologies to financial settlements.

Experts believe roughly 13 million people were captured in Africa and sold as slaves by professional traders between the 15th and 19th centuries.

Calls for reparations for the slave trade in the UK date back at least as far at 1993, with the establishment of the African Reparations Movement.

It was founded by Bernie Grant, one of Britain’s first Black MPs, who tabled a motion in the House of Commons which said:

“That this House […] notes the historical precedents in reparations such as the case of German repayment for restitution to the Jews for the enormous tragedy of the Holocaust; calls upon the international community to recognise that the unprecedented moral debt owed to African people has yet to be paid, and urges all those countries who were enriched by enslavement and colonisation to review the case for reparations to be paid to Africa and to Africans in the Diaspora; acknowledges the continuing painful economic and personal consequences of the exploitation of Africa and Africans in the Diaspora and the racism it has generated […]”

In this vein, investment in Black communities – such as scholarships, apprenticeships, and education – should be considered. When it comes to former slave colonies like Jamaica, reparations should take the form of closer trading relationships, partnerships, and collaborations on an international scale. Instead of a British Prime Minister, who is a descendant of a slave owning family himself, arriving to Jamaica to build a prison, they should arrive to Jamaica to encourage close social, political, and economic ties. Indeed, with Brexit on the horizon, the time has never been better to forge relationships with former colonies.

The legacy of colonialism is still very much with us. The UK must take the issue of reparations seriously because, especially in the post-Brexit world as Britain looks to repair relationships with the Commonwealth, this issue is not going away. 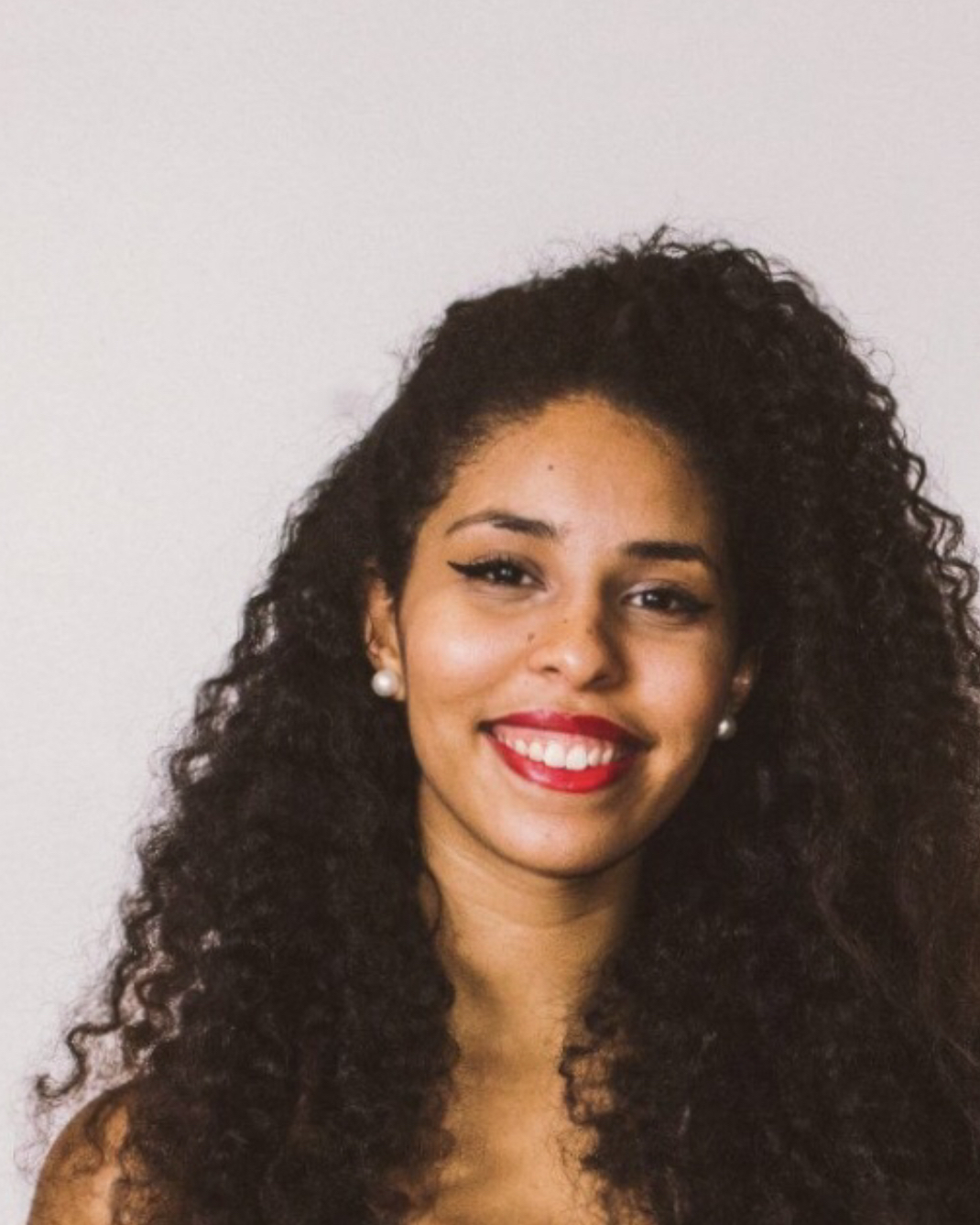 Visions / 17 Mar 2022 Should Access To The Internet Be A Human Right?
Workplace / 27 May 2022 We Are Looking For Copy Editors To Join The EachOther Team
Disability / 27 May 2022 The Government’s Social Care Cap ‘Discriminates’ Against Disabled People
Discrimination / 26 May 2022 Joint Enterprise: Does Conviction By Association Pose A Risk To Human Rights?
Immigration / 25 May 2022 How Deportation Flights Affect Our Human Rights