What Does A Midwife Have In Common With A Sex Worker?

More than you might think, as our beautiful new film shows.

On Tuesday (29 July 2019) we released our latest animation: “What’s A Nice Girl Like You Doing in A Job Like This?” created in partnership with sex worker campaign group the English Collective of Prostitutes.

Made from around 7,000 hand painted images by animator Tom Senior, it depicts two women similarly struggling to make ends meet under the immense pressure and precariousness of their respective jobs.

The film opens in a hospital maternity ward as a mother and father look dotingly at their newborn.

Their midwife, Sarah, opens up about the sacrifices many in her profession make for the love of what they do.

“A lot of us work part time and make do with having less money in order to do midwifery because it’s so stressful,” she says, adding that she is on her feet for around 11 hours at a time.

We then segue into the home of sex worker Mary, who shakes raindrops from her drenched umbrella as she returns from another tiring night on the job.

She speaks candidly about being hit with a criminal record after she was arrested by the police for working in a brothel.

While it isn’t illegal to sell sex in the UK, many practical aspects of sex work are criminal offences. For instance, brothel-keeping laws make it illegal for two or more sex workers to work together from the same premises.

“I was working with other women,” Mary says. “The only way to work legally is by yourself, which is obviously a lot more dangerous.”

Pouring herself a brew, she reflects on those dark days.

“In 2012, [the police] raided lots of premises trying to clean up the city for the Olympics and all they did was displace lots of workers.”

“I work by myself now because I don’t want to get arrested,” she says. “But if something went wrong, I wouldn’t call the police. I’d have to deal with it by myself.”

Mary sits contemplatively at her kitchen table, picturing the careers she could have, had she not been landed with a criminal conviction.

She fears her conviction would be flagged under the Disclosure and Barring Service (DBS) checks required to work in these roles.

“So, basically what was a little job that helped me pay back the debts I got from drama school, turned into a full-time career.”

Sarah and Mary are, respectively, but two of the many thousands of people working in midwifery and the sex trade.

While their jobs may seem, on the face of things, very different – they share a similar basic struggle for adequate working conditions and respect for their rights.

We hope this animation helps strip away stigma and prejudice, and encourages readers to think again about the rights and safety of sex workers. Watch the full thing here:

All this week (from 29 July 2019), RightsInfo is devoting its coverage to the issue of sex workers’ rights and safety. We are publishing a series of stories from a range of experts including sex workers themselves.

You can read more from our campaign here and join in the conversation on social media using hashtags #MakeAllWomenSafe and #KeepSexWorkersSafe. 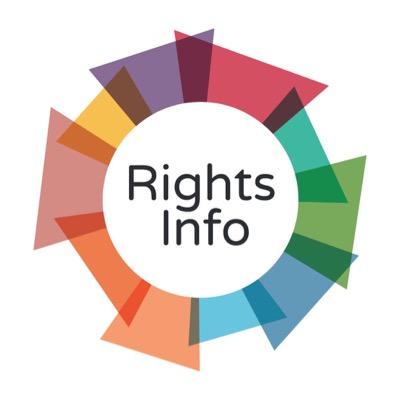 Rightsinfo RightsInfo
Visions / 17 Mar 2022 Should Access To The Internet Be A Human Right?
Institutions / 17 May 2022 More Needs To Be Done To Uphold Freedom Of Information In Scotland
Equality / 16 May 2022 What's New In Human Rights In Scotland? EachOther Is!
Disability / 13 May 2022 Repeat Safety Failures In A Mental Health Unit Contributed To A Man's Death
Discrimination / 12 May 2022 Homeless People Sleeping In Cars Or Tents Could Be 'Committing' A Criminal Offence