Holding the government to account over its myriad human rights duties has been simplified thanks to an online tool created by the UK’s equality watchdog.

The Equality and Human Rights Commission (EHRC) launched HumanRightsTracker.com earlier this month, making it easier to learn about and monitor the human rights duties that the UK has.

It is believed to be the first centralised platform of its kind, bringing together the UN treaties that the UK has signed up to, as well as expert reports on its progress in meeting their obligations.

David Isaac, chair of the EHRC, said: “As Britain leaves the EU and we face a period of greater legal change, it’s more important than ever that the country is aware of our international commitments on human rights and what is required to fulfil them.

“To improve people’s lives and make Britain a fairer place for us all, we are calling on everyone in the human rights sector to use our human rights tracker to identify what needs to be done to honour these treaties.” So far, the UK has signed and ratified seven of the UN’s nine human rights treaties. The human rights tracker highlights the views and recommendations made by the UN and the Universal Periodic Review (UPR) on human rights in the UK.

The UPR is a six-stage reporting cycle of the human rights records of all UN member states.

Next year, it will review how well the UK has implemented the International Covenant on Civil and Political Rights (ICCPR). This treaty includes rights such as a fair trial and freedom from inhumane or degrading treatment. The UN is currently accepting submissions to its review until January 2020, and its findings will then influence the UK government’s own review.

While this tracker focuses on recommendations that the governments of the UK, Wales, and Northern Ireland are responsible for implementing, the Scottish Human Rights Commission is developing a similar tool for the Scottish government.

The Northern Ireland Human Rights Commission also produces an annual statement on human rights which can be used alongside this tracker.

The EHRC is an independent body which monitors the UK’s compliance with human rights laws, and holds the government to account on shortfalls. 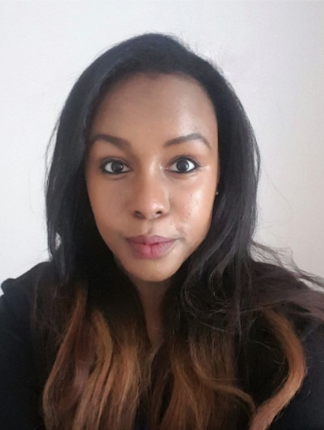 Deqo is a Politics and Economics graduate and is currently undertaking the Graduate Diploma in Law (GDL). She is particularly interested in rule of law, gender equality, and foreign and trade policy. Alongside her studies, Deqo is a Financial Analyst and a member of a Working Group on Gender Equality.

Deqo is a Politics and Economics graduate and is currently undertaking the Graduate Diploma in Law (GDL). She is particularly interested in rule of law, gender equality, and foreign and trade policy. Alongside her studies, Deqo is a Financial Analyst and a member of a Working Group on Gender Equality.