Ageism leads to serious health effects and social problems for people of all ages. We look at its roots in pop culture to find out what needs to change.

Why are so many of us afraid of growing old?

Most children in Britain have a negative attitude towards aging, according to a recent report by the Royal Society for Public Health (RSPH) and the Calouste Gulbenkian Foundation. The report also found that a key feature of ageism is that it starts young. Children as young as six begin to develop stereotypes about older people – which are often reinforced throughout their lives.

Ageism refers to discrimination or prejudice directed towards a person because of their age. This discrimination can have a devastating effect on both the old and young. So how do rights play a role and where do these harmful stereotypes come from?

Is Ageism a Rights Issue? With a growing number of people aged 65 and older worldwide, the issue of ageism is more important than ever. Within the UK, domestic legislation under the Equality Act protects individuals from age-based discrimination. The Human Rights Convention (which is incorporated into UK law through the Human Rights Act) can also be used to combat ageism through Article 14 – which guarantees that all rights in the convention will be applied without discrimination.

However, age-based discrimination continues to be a problem, causing issues for older people such as social isolation and poor health. But you don’t need to be elderly to suffer from the effects of ageism. Younger individuals who have negative attitudes towards older people and aging are more likely to suffer from depression and memory loss. They even die sooner, on average seven years earlier than those who have a more positive outlook about old age.

Where Does Ageism Come From? In order to prevent ageism, we need to understand where it comes from. There’s no need to look any further than our televisions to find examples of ageist stereotyping in popular kids’ movies and TV shows. By far the most common issue is the ‘absent older character.’ There are often no older characters at all in kids’ movies or television shows. Main characters, super heroes and heroines are usually young or middle-aged. Older characters tend to be either ridiculous or wise – but if they are wise they’re also ‘crazy,’ ugly or evil.

The Blind Tower Guard in the film Minions is a good example of the ‘ridiculous old person’ trope.  The Blind Tower Guard is a Beefeater who protects the crown of Queen Elizabeth II (who is young in the movie) located in the Tower of London. The Minions are the main characters and are on a mission to steal the crown. When they meet the Blind Tower Guard, they start laughing frantically at his frailty. His strength and fighting skills come as a surprise to the Minions.

The ‘Wise But Ridiculous’ Old Person

Tala, in Moana, is the grandmother of this film’s main character, a girl named Moana. Tala loves the ocean and is the keeper of the tales in this saga about a Polynesia island. She is fiercely independent and respected by her granddaughter. However, Tala also has the reputation of being the village’s ‘crazy lady.’

Another notable example is the wise old elf in the children’s TV show Ben and Holly’s Little Kingdom. The wise old elf  is a trusted colleague of the King and typically deals with catastrophes. However, he’s not as wise as he claims to be and has a love-hate relationship with Nanny Plum, another main character. He quite often finds himself in ridiculous positions and only eats potatoes in the morning. Of course, modern TV didn’t invent unflattering portrayals of the elderly. Evil older people are also common in traditional tales, such as Hansel and Gretel and Snow White. The story line of the evil old witch who longs to be a beautiful young woman has been told many times.

However, that doesn’t mean there isn’t an opportunity to change. In their report, the RSPH argue that it’s crucial to help young people develop a positive and well-informed vision of growing old. This means combating harmful and inaccurate stereotypes. One way to move the conversation around ageing forward is to include a broader spectrum of older characters in the media – a move we’ll all be grateful for as the years pass by. 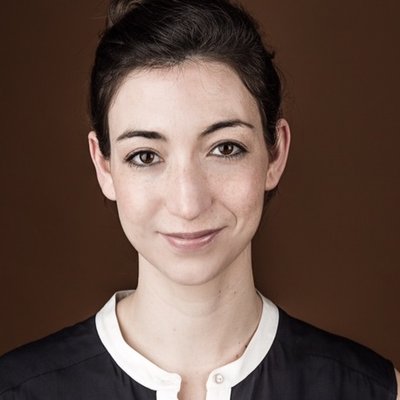 Caroline is a human rights professional and freelance journalist with a passion for human rights in later life. She is currently completing her PhD on human rights and care homes at King's College London. Caroline has a background in human rights and international development, specifically working on projects in Bangladesh, Nepal and Mongolia.

Caroline is a human rights professional and freelance journalist with a passion for human rights in later life. She is currently completing her PhD on human rights and care homes at King's College London. Caroline has a background in human rights and international development, specifically working on projects in Bangladesh, Nepal and Mongolia.