Should Noel Conway Have the Right to Die? Here’s all the Background

A terminally ill man is once again fighting for the right to end his life, after launching a new appeal at the High Court this week.

Noel Conway, a 67-year-old retired lecturer, was diagnosed with Motor Neurone Disease in 2014. His illness is terminal, and his condition will deteriorate over time, meaning it will become impossible to perform ordinary tasks. Currently he is reliant on a ventilation system he must use for ten hours a day.

Mr Conway is arguing that suicide laws in the UK interfere with his fundamental rights. He wants to be able to end his life “on his own terms”, and before the condition worsens so much he can no longer speak or move. However, due to his illness he would require medical assistance to end his own life in the UK – something which isn’t currently legal.

What is the UK’s current position?

Assisted dying is currently illegal in the UK, something set out in law by the 1961 Suicide Act.

While the act did decriminalise suicide, it remains a criminal offence to help someone else to ending their life, with a sentence of up to 14 years. However, it’s a crime which has been at the forefront of public debate, with a recent survey by Dignity in Dying finding that 44 percent of the public would commit to help a loved one die.

There have been several attempts to change the law, but so far none of them have been successful. MPs rejected reform of the law on assisted dying in September 2015, while legal challenges from people suffering from long term illness like Diane Pretty in 2001, Tony Nicklinson and Paul Lamb have all failed.

So, What is Noel Conway Arguing? Noel Conway is set to argue that the 1961 Act, which prevents him from choosing to end his life, breaches his human rights. In particular, he says it interferes with his right to a private life, something which is protected by Article 8 of the Human Rights Convention. He says this right encompasses autonomy and dignity and he is supported by  campaign group Dignity in Dying.

In his first High Court hearing in 2017, Mr Conway lost his bid to challenge the 1961 Act, partly due to the fact that MPs had considered this issue recently in 2015. However, the Court of Appeal disagreed, instead saying this shouldn’t stop him from being able to challenge the law. So he’s now back in the High Cort to make the case again.

If the High Court finds the 1961 Act to be incompatible with human rights law, Parliament will then need to either remove the incompatibility, by decriminalising assisted dying, or they could appeal the decision.

There must be a lot of issues around this?

Indeed. While Mr Conway is arguing his case based on a breach of his personal autonomy and dignity, the right to assisted dying plays into many other areas of our rights. It has also been argued that there is a right to end one’s life as part of Article 2 (the right to life) and Article 3 (a right to not be treated in a way which is inhuman or degrading).

However, the public discourse on the issue is by no means clear cut. Dignity in Dying claim that 82 percent of the public support a legal system of assisted death, but Care Not Killing point to a system of claim most medical bodies support a palliative care system. They also cite concerns over disabled and elderly people being coerced in taking their own lives.

Ultimately the issue over right – or lack of a right –  to die is one which will have to be settled by the courts and Parliament. It’s an issue that has continued to rise to the surface of debate for decades, and something which human rights laws which play a big role in.

Learn more about the right to die and our human rights, because being informed is important: 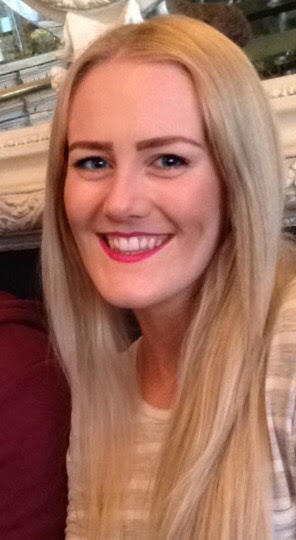 Miranda is (almost) a graduate law student from the University of Sheffield, and will be continuing her studies in London. She is interested in all aspects of human rights law, particularly regarding gender, sexuality, intersexuality and refugee law.

Miranda is (almost) a graduate law student from the University of Sheffield, and will be continuing her studies in London. She is interested in all aspects of human rights law, particularly regarding gender, sexuality, intersexuality and refugee law.