The father of London Bridge attack victim Jack Merritt has called the latest attack in the capital an “ultimate failure of policy”.

Sudesh Amman, 20, was shot dead by police officers on Sunday after stabbing a number of people in Streatham High Road, south London.

He had been released from prison less than two weeks ago and was under active police surveillance at the time of the attack.

Why was Sudesh Amman released?

Amman was jailed for three and four months in December 2018 and had served half his sentence, taking into account time spent on remand before the trial.

Prisoners given fixed-term sentences are automatically released on licence after serving half of their time in prison. They can be recalled to prison if they breach the conditions of their licence.

Unless Amman committed further offences in prison, the details of which have not yet emerged, there would have been nothing to prevent his release.

His licensing conditions included a nighttime curfew plus active surveillance by undercover police. This is reserved for only the most serious cases at anyone time in the UK.

In December last year, the government announced new laws which would require offenders jailed for four or more years to serve at least two thirds of their sentence behind bars.

It also said it would increase the minimum sentence for serious terror offences to 14 years.

Amman was jailed in 2018 after pleading guilty to disseminating terrorist material and collecting information useful to preparing terrorist acts.

It is the second attack in the capital in just over two months, after convicted terrorist Usman Khan killed Cambridge graduates Jack Merritt, 25, and Saskia Jones, 23, in November last year. 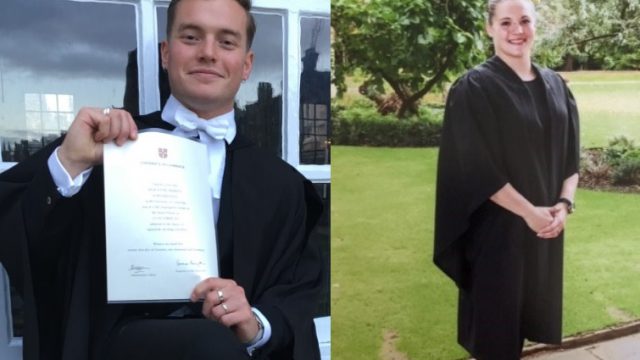 Jack had been working as a course coordinator for prisoner rehabilitation programme Learning Together at the time of the attack.

His dad, David Merritt, urged politicians to resist introducing harsher sentencing in the wake of the attack.

However, Boris Johnson has already indicated he will announce “further plans for fundamental changes to the system for dealing with those convicted of terrorism offences” on Monday. It is rumoured even stricter sentences will be introduced.

David Merritt, Jack’s dad, tweeted that the shooting dead of Amman was “the epitome of shutting the door after the horse has bolted”.

“Longer sentences by themselves just = kicking the can down the road, allowing prisoners to radicalise each other and build greater resentment,” he said.

“Key has to be de-radicalisation, rehabilitation, supervision and diverting people from this path in the first place.”

He condemned successive governments for 10 years of budget cuts to prisons and probation services.

And yes, detaining people who are clearly a danger to others, as demonstrated by their own words and actions. Ten years Tory governments have been in power. TEN YEARS. Ten years of cuts to essential services, including prisons & probation. Ten years of talking tough on crime but

He said: “The problems we have with re-educating and reclaiming and rehabilitating people who succumb to Islamism, it’s very very hard and very tough and it can happen but the instances of success are really very few and we need to be frank about that and we need to think about how we handle that in our criminal justice system.”

Human rights barrister Adam Wagner tweeted that the “elephant in the room” is that the prison and courts budget has been cut by billions under the austerity measures of successive Conservative government since 2010.

“It should be obvious that you can’t rehabilitate people if you don’t provide the resources to do it, and that applies even more so for terrorists who have strong ideological reasons for carrying out offences,” he said.

“That’s where I think he became radicalised. He was watching and listening to things online, which brainwashed him,” she told SkyNews.

Adam Wagner is the chair and founder of EachOther. He played no role in writing this article.