By Teela Sanders, Professor of Criminology, University of Leicester 31 Jul 2019

Sex work is work unlike any other. However, it is also made up of the kinds of activity that take place across various mainstream service and care jobs – such as emotional labour, physical labour, sexual/ised labour, leading criminology expert Teela Sanders writes.

As sex work markets become increasingly diverse, with markets such as webcamming growing over recent decades, the conditions of sex work have been up for scrutiny.

This focus on the working conditions and quality of sex work enables evidence gathering, debate and discussion to rise above the outdated binary of whether sex work per se is exploitation or choice. Instead this focus on working conditions, the place in the economy and how service providers experience sex work as labour provides a framework for talking about labour and rights and of course safety and access to justice.

By examining further the conditions in which sex work happens, work-based challenges, advantages and disadvantages can be spotted and compared with other types of work.

We know increasingly that more people from a diverse set of sexual orientations and identities are making a living from the sex industry.

Niche markets are utilising the anonymity and accessibility of the internet to provide specialist services and as kink and queer become more identifiable online, these markets of both providers and purchasers are expanding.

Yet the structured, gendered inequalities of patriarchal capitalism do mean that there are more female sex workers providing to male customers, and there is an increasing racialisation to this dyad.

Poorer women of colour or migrant women are using the limited income opportunities in the informal economy (such as sex work) to make ends meet, navigating hostile and racist barriers to decent wages and jobs which they may choose over sex work if such opportunities existed.

From studies I have been involved with there are overall high levels of job satisfaction among sex workers (broadly defined), but rather shocking conditions in which some can find themselves working.

For instance, 70% of dancers working in UK strip clubs reported leaving a shift in debt because of the high overheads such as the ‘house fee’ and other fines they could easily incur (for being late, chewing gum, wearing the wrong clothing, taking their phone to the floor, etc).

Financial exploitation was evident and so in other sex markets where overheads are huge, conditions are poor and safety is often left to individuals.

From the Beyond the Gaze study on internet sex work, we found that whilst there has been a change in the types of crimes that sex workers experience – with a move to more digitally facilitated crimes such as stalking, harassment and unwanted contact – there are many ways that the internet makes sex work safer.

Additional methods of screening and assessing clients, information on safety advice from peers and organisations such as National Ugly Mugs enable sex workers to access knowledge for safety.

Yet still the law dictates that where two or more sex workers operate together this constitutes brothel keeping and can hold significant penalties.

Not only does this encourage sex workers to work alone and in isolation, it also deters ‘good’ managers of brothels and working flats to organise sex work, as they could end up with a prison sentence.

With no avenues for legal collective sex work in the UK, safety, protection and rights are difficult to access, enhance and make provisions for, leaving many sex workers in dangerous environments.

The focus on working conditions is complicated in the UK by a legal framework which criminalises many of the conditions and relationships involved in selling sex (and to a lesser extent buying and organising).

Whilst sex work continues to sit at a quasi-legal position, with one foot firmly in the informal legal economy and the other in the criminal economy, there are few places to officially discuss working conditions.

The language of rights, and certainly labour rights, fall short of an audience in policy circles…

The language of rights, and certainly labour rights, fall short of an audience in policy circles when there are strong ideological assumptions about the morality of doing sex work, or radical views about how bodies should/not be engaged in sexual labour.

Such ideologies are harmful as they stand in the way of pragmatic action to support, assist, and provide a platform for the thousands of UK sex workers who are left in the shadows of criminalisation with little recourse to justice and rights.

Change is needed to recognise sex work as work, and therefore create a framework and set of social attitudes to do something about the exploitation that does exist, the third parties that take too much away from workers, and the levels of harm perpetrated by those who take liberties and see sex workers as easy targets.

While the current National Police Chief Council Guidance on policing sex work does continue to follow a harm reduction ethos, the police must enforce the law:

‘The police focus remains to work within the existing legislative arrangements, focusing upon increasing the safety of sex workers, reducing vulnerability and targeting those who exploit or cause harm’.

Sex workers are made vulnerable by conditions of illegality, stigma and political attitudes progressing victimhood and the discourse of rescue.

The fight for worker’s rights, rights to citizenship, full health care, work free from violence, fair treatment in the taxation system and the basic rights all workers enjoy are still a pipe dream while criminalisation exists. 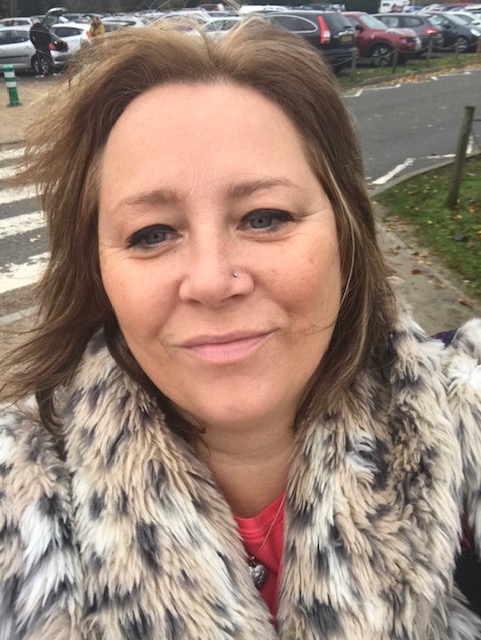 Teela Sanders is a Professor of Criminology at the University of Leicester and researches across the intersections of gender, crime and regulation with specific expertise in sex work. With a team, Sanders has recently finished a study called Beyond the Gaze examining internet sex work.

Teela Sanders is a Professor of Criminology at the University of Leicester and researches across the intersections of gender, crime and regulation with specific expertise in sex work. With a team, Sanders has recently finished a study called Beyond the Gaze examining internet sex work.