‘Conflating Sex Work And Trafficking Is Harmful. We Need To Stop’

One of the biggest issues that sex workers face in regard to the law is the conflation of sex work with sex trafficking.

Human trafficking is a horrific human rights violation that utilises threats, force, abduction, deception and coercion in order to control people and exploit them.

Sex work is a consensual transaction between adults. For many sex workers, this is their only means of survival.

The Global Commission on HIV and the Law states unequivocally that: “Sex work and sex trafficking are not the same. The difference is that the former is consensual, whereas the latter is coercive.”

Trafficking is also not unique to the sex industry; it exists anywhere that people work.

Trafficking in agriculture is rife, yet we don’t see lobby groups standing outside Sainsbury’s demanding they stop selling fruit and vegetables or picketing car washes or manufacturing and building companies.

National Crime Agency figures reveal that last year 307 adults were confirmed to be victims of labour exploitation – often working in agriculture, car washes or on building sites – with a further 1,069 cases pending review.

This is three times higher than the number of confirmed cases of sexual exploitation over the same time period at 102 people –  with 966 further cases pending review.

Trafficking in agriculture is rife, yet we don’t see lobby groups standing outside supermarkets demanding they stop selling fruit and vegetables or picketing car washes or manufacturing and building companies.

Sex for some reason is viewed differently.

Many anti-trafficking organisations and self-described sex work abolitionists regard all sex workers as victims, as we have seen recently in Swansea, where sex workers are being forced to enter help programmes or be criminalised. Shutting brothels and other venues deprives sex workers of control over their situation and most importantly of safe working conditions.

Police raids on brothels – known officially as “welfare visits” – have in the past yielded few results in achieving their supposed aim of identifying trafficking victims. But they have succeeded in fostering distrust between sex workers and authorities, driving sex work further into the shadows with a negative knock-on effect on public health programmes.

These checks are meant to be used to ‘visit’ people  believed to be vulnerable or at-risk for a wide variety of reasons.

But, in my experience of joining police on welfare checks, they are rarely intelligence-led.

Instead a few addresses, normally from sex work advertising websites, will be selected and a pretend appointment booked. Multiple officers will then enter the premises to conduct the check when the door is opened. They are often done in partnership with the immigration officials.

If sex workers feel so persecuted and judged that they don’t even disclose what they do to the most trusted profession in the world, we need to ask ourselves what we’re doing wrong.

This all contributes to a climate where, as a nurse specialising in sexual health, I sometimes see patients for multiple appointments before they open up to me about being a sex worker. It has a detrimental effect on my ability to provide them with the care and support they need.

If sex workers feel so persecuted and judged that they don’t even disclose what they do to the most trusted profession in the world, we need to ask ourselves what we’re doing wrong. As the law currently stands, sex workers fear prosecution and, in some cases, deportation if they come forward. At the same time, they are uniquely positioned to be a part of the fight against sex trafficking through their access to information.

Decriminalising their industry would remove this fear, making them safer and helping to bring them in as partners. 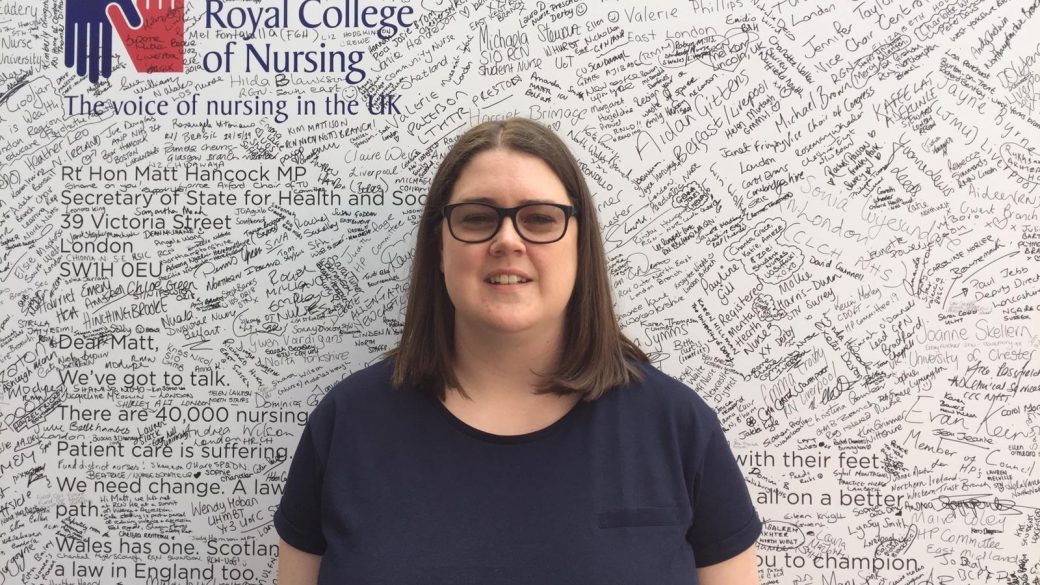 Louise Cahill Sexual Health Specialist Nurse
Visions / 17 Mar 2022 Should Access To The Internet Be A Human Right?
Institutions / 17 May 2022 More Needs To Be Done To Uphold Freedom Of Information In Scotland
Equality / 16 May 2022 What's New In Human Rights In Scotland? EachOther Is!
Disability / 13 May 2022 Repeat Safety Failures In A Mental Health Unit Contributed To A Man's Death
Discrimination / 12 May 2022 Homeless People Sleeping In Cars Or Tents Could Be 'Committing' A Criminal Offence