Stamping Out Racism On The Football Pitch

As we look forward to this year’s Champions League Final and get ready to say goodbye to the 2016-17 football season, we can certainly say that it was a season of change!

Arsenal finished outside the top four of the Premier League for the first time in over two decades, and clubs like Monaco and Real Madrid won their respective league titles for the first time in several years. But, one change we did not see was an end to the racial abuse of footballers in stadia across Europe, a phenomenon that has become a recurring stain on the sport’s reputation.

The world’s attention was once again drawn to this issue last month, when Ghanaian footballer Sulley Muntari was subjected to racial abuse from fans whilst playing in Italy. He requested that officials stop the game, and when they refused decided to walk off the pitch – earning him a red card and one-match suspension from the Italian Football Association. Although initially defiant, the Italian FA eventually decided to overturn Mr Muntari’s ban in the face of mounting public pressure, citing the “particular delicacy” of the case.

Human rights on the pitch There are special rules against racial discrimination in the UK’s Equality Act, including rules that prohibit racial harassment like that encountered by Mr Muntari. We also have a right not be discriminated against in the enjoyment of our human rights under Article 14 of the Human Rights Convention, which can be enforced in the UK through the Human Rights Act.

While it is possible for the police to bring criminal charges against fans who are caught racially abusing players, this can be very difficult to prove – especially when large crowds are involved. Because of this, much of the responsibility for preventing racist behaviour falls to football clubs and associations themselves, with most having adopted a ‘zero-tolerance’ policy towards racism.

Yet racial abuse is still rife, leading many, including Mr Muntari, to question whether enough is being done to combat racism in the sport. It is also very difficult for players to bring claims against their clubs under the Equality Act for failing to prevent racial harassment, since almost all have taken considerable steps towards addressing the problem.

So what can the players do? The difficulty for players, as seen in Mr Muntari’s case, is that walking off the pitch without permission is a bookable offence that can result in further penalties. This means that players are often forced to choose between enduring the abuse, or leaving and facing potentially severe consequences. Players have also been sanctioned for retaliating against racism from the stands, including Emmanuel Frimpong and Christopher Samba, who received bans in separate incidents for raising their middle finger towards fans shouting racial taunts.

In another highly publicised incident, Dani Alves picked up a banana that was thrown at him from the crowd, took a bite out of it, and continued playing. Villarreal was fined €12,000 over the incident, and the fan responsible was arrested and handed a lifetime ban by the club. This sparked a groundswell of support for Alves on social media, with figures from around the world posting photos of themselves with bananas as a show of solidarity.

Organisations like Kick It Out have done fantastic work in raising awareness about racial discrimination in football, and associations like FIFA and UEFA are gradually taking steps to combat the issue. In 2015, FIFA enlisted human rights professor John Ruggie to provide recommendations on how human rights could be better embedded into their work. Unfortunately this was an opportunity missed, with Ruggie’s recommendations largely avoiding the issue of racial discrimination. 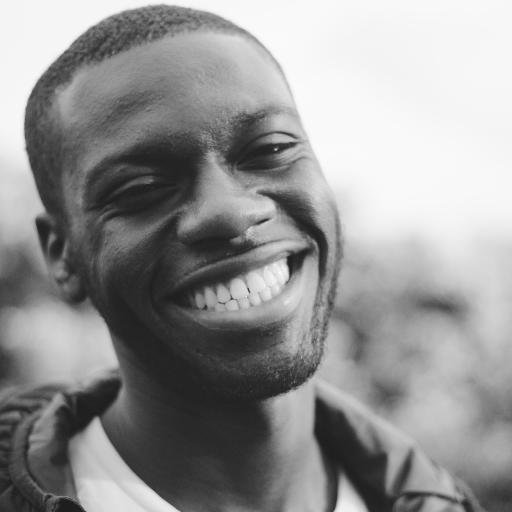 Kwame received a BA in Linguistics from the University of York, where he carried out research on the effect of slang on fair treatment in the U.K's criminal justice system. He is now working toward an MSc in Human Rights at the London School of Economics.

Kwame received a BA in Linguistics from the University of York, where he carried out research on the effect of slang on fair treatment in the U.K's criminal justice system. He is now working toward an MSc in Human Rights at the London School of Economics.