Recent changes to school funding in England mean that, although there may seem to be more money for education, in general schools will be worse off in 2021 than they have been over the last few years. In the second half of 2019, the government announced a £14 billion increase in funding for schools in England. This is over three years: £2.6 billion in 2020-21, increasing to £4.8 billion in 2021-22 and £7.1 billion in 2022-23.

The National Education Union (NEU) analysed the figures, and despite the cash injection found “a strong link between deprivation and the scale of government cuts to school funding.” The NEU suggests that over 16,000 schools will have less income in April 2020, compared to 2015, when inflation is taken into account.

Over the past decade, school spending per pupil in the UK has fallen by about 8% in real terms. According to the Institute for Fiscal Studies, this is the largest decline since the 1970s. For historical reasons which are to do with how funding used to be calculated, these cuts will hit schools in the most disadvantaged areas hard. Children in classrooms – particularly in disadvantaged areas – are already feeling the very real effects of funding cuts. Staff are being made redundant, schools have fewer resources, and some schools are even considering closing for half a day per week to save money. Recent apparent funding increases are in fact real-term cuts – and teachers and parents are rightly concerned.

In April, a survey of 8,600 teachers and other school staff conducted by the National Education Union found that 91% of teachers felt that poverty was a factor in limiting children’s capacity to learn. Three-quarters of those surveyed blamed poverty for children falling asleep during lessons, being unable to concentrate and behaving badly.

Many teachers in schools face these problems every day, while also having to handle issues that arise as a result of austerity and cutbacks to other services, such as health and social care. As a result, nearly half (45%) of teachers surveyed said that they have spent their own money buying basic necessities for pupils in the last year.

Yet current government policy does nothing to level the playing field in terms of structural inequalities: in fact, it reinforces them.

In general, however, people tend to have two key concerns: how much money is going into schools from the government, and whether this money is being distributed fairly. All children in England between the ages of five and 16 are entitled to a free place at a state school.

There were nearly nine million children in English schools in January 2019. About half of the pupils in state-funded schools in England are in maintained schools, and about half in academies and free schools.

Maintained schools are so called because they are funded and controlled by the local authority. Maintained schools must follow the national curriculum and other rules, for example regulations about teachers’ pay and conditions. Academies and free schools are state-funded, non-fee-paying schools, which are are independent of local authorities and operate outside of their control. These schools are run by trusts or sponsors, such as parents’ groups or businesses. They still get funding from the government but they can decide how to spend their budget themselves, and can set their own entrance criteria.

A 2013 report by the Academies Commission stated that it received evidence of some popular schools, including academies, attempting to select and exclude certain pupils. There tends to be a decrease in the proportion of disadvantaged pupils enrolling in academies, and a resultant increase in intakes in maintained schools.

The fact that academies set their own admissions policies “attracted controversy and fuelled concerns that the growth of academies may entrench rather than mitigate social inequalities”, according to the report.

The National Funding Formula (NFF) is the formula that is used to allocate school funding. This is a basic per-pupil funding allocation, and then there are adjustments for things like additional needs. The NFF is used to calculate funding for individual schools, and then the total for an area is calculated and the amount passed on to the local authority.

Councils then set their own formula, in agreement with school forums made up of head teachers, to distribute the cash. The formula must include both a basic local funding unit for each pupil attending the school, and a measure of deprivation. It can also take into consideration some other elements, such as the number of pupils with English as an additional language.

Academy funding comes directly from the Department for Education (DfE); local authorities instruct the DfE how much to pay each academy in their area. This is all quite likely to change, though – and then it is possible that NFF funding will be paid directly to all mainstream schools.

Another important source of funding for schools is the pupil premium, which was introduced by the government in 2011. The amount is allocated based on the number of pupils who are or have been eligible for free school meals, and also those who have parents in the armed forces, and intended to raise the attainment of disadvantaged pupils.

Schools are accountable for how they spend the pupil premium, but they don’t have to spend it just on eligible pupils. So the question remains: why are measures such as pupil premium and the national funding formula failing to level the playing field?

In July 2019, the Education Select Committee reported that it was clear that pupil premium was not always directed at disadvantaged children – rather, it is often used to make up shortfalls in school budgets. As the select committee noted, schools should not have to choose between running their core operations and supporting disadvantaged pupils. The fact that this is happening shows that there is simply not enough money in the school funding system.

School costs have increased across a range of areas, including annual pay award and salary raises, inflation, pensions and special educational needs provision. School funding has not kept pace. Jon Andrews, director for school system and performance at the Education Policy Institute think-tank, said that the government’s policies on education funding “target money towards schools with less challenging intakes and lower levels of disadvantage – at a time when progress in closing the gap between disadvantage pupils and their peers has stalled.”

Promised increases to funding are likely to be real-term cuts. Schools and children are suffering because of inequitable policies – and this will have far-reaching consequences for the economy and wider society, long into the future. 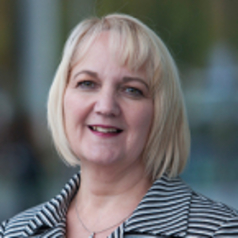 Janet Lord Faculty Head of Education, Manchester Metropolitan University
Visions / 17 Mar 2022 Should Access To The Internet Be A Human Right?
Institutions / 17 May 2022 More Needs To Be Done To Uphold Freedom Of Information In Scotland
Equality / 16 May 2022 What's New In Human Rights In Scotland? EachOther Is!
Disability / 13 May 2022 Repeat Safety Failures In A Mental Health Unit Contributed To A Man's Death
Discrimination / 12 May 2022 Homeless People Sleeping In Cars Or Tents Could Be 'Committing' A Criminal Offence