Ramadan 2019: ‘A Time To Reflect On My Progress In Self-Acceptance’

It’s the month of Ramaḍān and, as a Muslim, it means it’s time for me to reflect and re-evaluate. It’s a chance to look back at years gone by and the progress I have made as a person – and to think about the role Islam plays in my life.

As a follower of the Islamic faith, I am encouraged (some might say required) to fast during daylight hours for the 30 days of Ramaḍān. Fasting means going without; going without food, water and sex from dawn until dusk for 30 consecutive days.

From a very young age, I believed wholeheartedly in the benefit of keeping ‘rosay’ (the name we gave to fasting; each individual fast was a ‘rosa’). I started fasting during Ramaḍān in primary school and tried my very best to keep as many of them as I possibly could. I lamented those days I failed to keep my rosa with great sorrow and a sense of disappointment with myself.

‘There Were But A Handful Of Other Muslims In The School’

It wasn’t easy, being at a primary school in the south of Glasgow where there were but a handful of other Muslims in the school.

I had to watch as my classmates ate at lunchtime and it made me feel hungry; so when a well-intentioned friend offered me their chocolate bar, I ate it. After eating it I felt that sense of disappointment in myself and unwittingly was developing an unhealthy relationship to food which came back to haunt me later on. Primary school can be a difficult time during Ramadan. Image Credit: Pexels

Going into secondary school and reaching puberty I realised that I was attracted to the same gender rather than the opposite gender – I recognised that this made me ‘gay’. I felt ashamed of being gay because of the homophobia I witnessed in school and the way that homosexuality was condemned in the Islamic teachings I received.

I couldn’t at that stage find a way to reconcile my sexuality with my faith, so I decided to start to turn my back on Islam. At that stage, I decided to stop giving myself a hard time for not being able to stop myself from eating during the daylight hours of Ramaḍān. I started to recover from my negative relationship with food.

I sought salvation in an LGBTQ community which rejected me for my race.

As the years went by, I purposefully focussed less and less on the faith I was brought up with and embraced a hedonistic ‘western’ lifestyle. I felt that creating a distance from Islam and embracing what was formerly forbidden to me; I would be moving closer to who I really was.

I sought salvation in an LGBTQ+ community which rejected me for my race; I drank alcohol to excess and made poor choices in the realm of dating; all to the detriment of my physical, emotional, and spiritual health.

I began to feel a sense of loss which I simply couldn’t explain and my search for an answer led me back to the path of Islam.

I wanted to find out for myself if there was any way to reconcile my sexuality with my faith, and I was pleasantly surprised to find other LGBTQ+ Muslims that were in the same boat as me.

I went to the Inclusive Mosque Initiative where I prayed alongside other Muslims that rejected gender segregation and homophobia. I went to meet-ups with ‘Hidayah’; a Muslim LGBTQ+ support group. I found a community of Muslims that were allies to and identified as LGBTQ+ and I have never been happier.

Ramadan means something much more authentic to me now than it did before.

Ramaḍān means something much more authentic to me now than it did before. It’s a time for me to reflect on the progress I have made in self-acceptance and self-love.

I don’t believe that Ramaḍān is a time to starve myself of my nutritional needs and to become dehydrated as a means of spiritual health. I don’t give myself a hard time for not fasting every day.

I do what I can and I compel myself to give something up that I find difficult to resist; for example I might use public transport instead of driving for the month, or I might stop eating meat for the month. I do this because Ramaḍān is a month where I feel inspired by Muslims coming together to break fast with each other, to pray together en masse in public parks, and enjoy ‘Iftahr’ together.

Even waking up early before sunrise for ‘Sehri’ is something I look forward to doing when I’m home with my parents.

It’s a time when Muslims come together and living far from home I feel a sense of community around this time of year with my other LGBTQ+ Muslims; we’ll break fast together and we’ll look forward to Eid together.

All this month on RightsInfo we’re celebrating our right to freedom of religion and equality as part of our Ramadan series, where we’re highlighting the reflections of Brits across the UK. You can see more on our Twitter and Instagram. 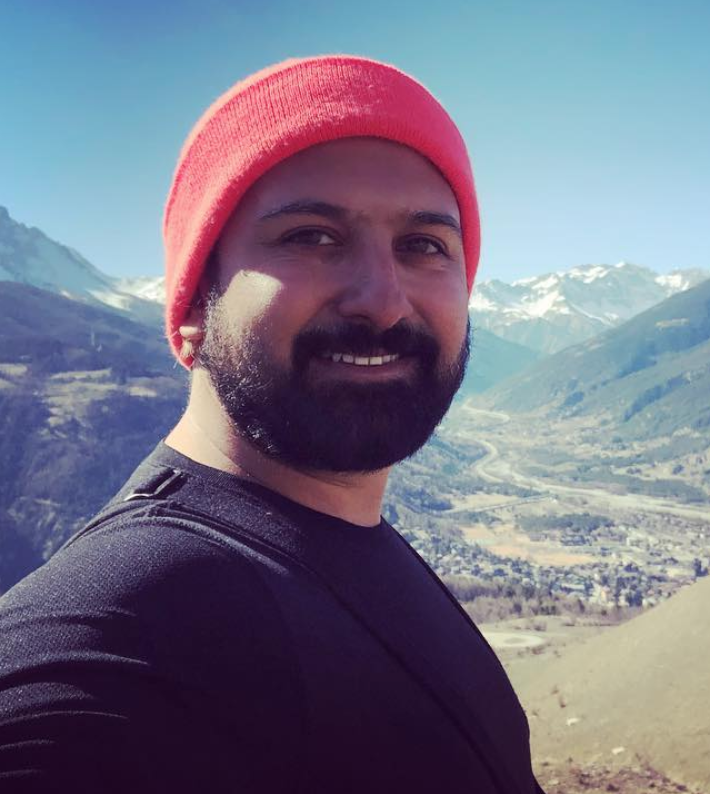 Ferhan Khan Writer & Diversity Role Model
Visions / 17 Mar 2022 Should Access To The Internet Be A Human Right?
Education / 24 Jun 2022 Educating Children About Their Rights Will Help Safeguard Them
Education / 23 Jun 2022 Young People Need To Be Taught About Rights In Schools
Institutions / 22 Jun 2022 Why It Is Vital To Know Your Rights
Institutions / 21 Jun 2022 We Need The Rule Of Law