Pregnant In Prison: ‘I Told Them The Baby Was Coming And Ended Up Giving Birth In My Cell’

A newborn baby recently died in prison after a woman gave birth alone in her cell at night.

The newborn’s tragic death led to the government informing parliament that ten separate investigations are being undertaken into what happened, and that immediate follow-up action would include all pregnant women across the prison estate being checked hourly overnight by prison staff.

Warnings about births in cells have been raised previously. In 2018, my research into the experiences of pregnant women in prison led to MPs calling for mandatory guidance for pregnant women and new mothers in prison.

As part of my research, I carried out interviews with 28 women and ten members of prison staff. As a result of what I discovered, concerns were raised about risks to women’s safety and well-being.

The number of pregnant women and babies in prison is not currently known or recorded – and nor is what happens to them. Changes to this are being urgently called for in a recent report from the Joint Human Rights Committee.

No Midwifery Care At Night Many of the women I spoke to expressed their fears of going into labour at night, when they are locked in their cells, and of not being unlocked in time. As one explained:

I want to be in control, I don’t want to be buzzing people for them to get an ambulance … my biggest fear is being left in that room.

For one woman, Layla*, this became a reality as she gave birth in her prison cell without midwifery care or support. A staff member described what happened:

She was eight months pregnant and Layla* ended up going into labour. They didn’t listen when she was saying, ‘I think I need to go to hospital, I think the baby’s coming,’ and she ended up giving birth in her cell.

Although Layla* was the only woman interviewed for this research who had given birth inside prison, several members of staff had experience of women labouring and giving birth in their cells. Prison staff explained how, in one instance, “a mobile phone was brought down for [the nurse] to ring [paramedics] to be talked through delivering the baby.” Another said:

But my findings also show that, when the system works well for women, they can have a positive experience of timely and compassionate support in labour. As another interviewee explained: “Within half an hour the ambulance was here, and I was off. When we left the prison, the number one governor was at the gate and she stopped, and she said good luck.”

Overall, however, it seems that prison staff are being put in an untenable situation when it comes to pregnant women, in a system described as being at “crisis point”. My research found that staff were often unaware of whose role it was to care for pregnant women, and this led to officers believing that nursing staff were qualified to make midwifery decisions. In Layla’s case, this led to her birthing in her prison cell and inappropriate decisions being made about her care when in labour.

After safety concerns were raised in 2018, the government stated that “specific training on dealing with pregnancy in prison has been made available to all prison officers” and “health care in prisons is provided by trained doctors and nurses.” But it appears the government is missing a fundamental issue here. Only registered midwives and doctors are trained to provide care for labouring women, and to misrepresent the role of midwives is seen as a breach of regulations.

The expectation of prison staff to carry out “checks” on pregnant women overnight also begs the question as to whether they are trained or supported in case they come across a woman who may be haemorrhaging, or even a newborn baby in need of resuscitation. Where midwives are the lead coordinators of care in prisons, it works well. For example, “The Perinatal Pathway” at HMP Low Newton in County Durham facilitates continuity of care for all pregnant women and new mothers in prison. This pathway came about after the tragic suicide of Michelle Barnes five days after the birth of her third child. It ensures a specialist prison midwife – with substantial protected time which totals 30 hours a week – leads the care for all pregnant women and new mothers for up to a year after they have given birth.

It’s clear, then, that seamless collaboration between the Prison Service, NHS Trusts and charities like Birth Companions – which supports pregnant women and new mothers – is needed to urgently rectify the situation.

Midwives also need to be involved at every step, and attention is especially important with regards to managing pregnancy and childbirth emergencies. This should be the very basic level of expectation for maternity care, and must be consistent across the whole female prison estate rather than simply a reaction to tragedy.

Ultimately, though, women should not be giving birth in prison cells. And, if on a rare occasion an unexpected birth occurs, the minimum that a female prisoner should expect is to have an appropriately trained professional to support her and her baby.

* names have been changed 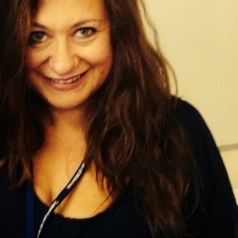 Laura Abbott Senior Lecturer in Midwifery, University of Hertfordshire
Visions / 17 Mar 2022 Should Access To The Internet Be A Human Right?
Institutions / 17 May 2022 More Needs To Be Done To Uphold Freedom Of Information In Scotland
Equality / 16 May 2022 What's New In Human Rights In Scotland? EachOther Is!
Disability / 13 May 2022 Repeat Safety Failures In A Mental Health Unit Contributed To A Man's Death
Discrimination / 12 May 2022 Homeless People Sleeping In Cars Or Tents Could Be 'Committing' A Criminal Offence