By Mariko Hayashi, Researcher on Migration and Human Rights and Community Organiser 7 Jan 2021
Pham Thi Tra My was one of 39 migrants who died in the tragedy. (Image Credit: @HoaNghiem3/Twitter)

Just before Christmas, two men were convicted of the manslaughter of 39 Vietnamese migrants found dead in a lorry trailer in Essex. Two others were convicted of people smuggling. While the trial may now be over, the tragedy will continue for as long as Britain lacks safe and legal routes for migrants, writes Mariko Hayashi.

One of those who died was Pham Thi Tra My. She had a dream of opening a cosmetic shop named Sakura and painting its walls white and pink – a dream that was ripped from her that day in October 2019. During the years before Tra My’s death, my path almost crossed with hers several times. As the trial came to an end, I was left thinking about how differently our lives turned out.

Between 2016 and 2019, Tra My lived and worked in Sagamihara City in Japan. It’s only a 30-minute train ride from the part of Tokyo where I lived at the time. Tra My was a technical intern trainee or Gino-Jisshuusei.

The Technical Internship Training Programme, or TITP, was launched in 1993 as Japan’s temporary guest worker scheme. Disguised as a training programme, it has been used as a way to fill labour shortages in industries such as agriculture, fisheries, manufacturing, construction, and social care with the cheap labour of young migrants. The system has been extensively criticised for increasing risks of modern-day slavery and human trafficking. As a migrants’ rights advocate myself, I’ve called for the improvement of conditions faced by workers in my home country, including Gino-Jisshuusei.

In the three years we lived close to each other, I might have consumed food processed at the factory where she worked. We might have passed by each other in a crowded station, or even sat nearby in a coffee shop.

Tra My worked at a food processing factory in Sagamihara. In the three years we lived close to each other, I might have consumed food from the factory where she worked. We might have passed by each other in a crowded station, or even sat nearby in a coffee shop. In summer 2019, both Tra My and I went back to our hometowns for a few months. I went back to my rural hometown in Japan’s Kyushu Island. Try My’s home was in Hà Tīnh province on the North Central Coast of Vietnam.

The majority of the 39 victims of the lorry deaths were from that province or neighbouring Nghe An, both amongst the poorest regions in the country. These provinces have become common places of origin for recent Vietnamese economic migrants and a hot-spot of human trafficking.

For many low-wage migrant workers from Southeast Asia, it is common to migrate several times. A combination of high recruitment fees, low wages, and scarce prospects of sustainable work mean it’s sometimes impossible to support themselves and their families. In interviews following her death, Tra My’s family said they had tried to persuade her against the journey, but she wanted to help them recover from large debts.

‘The Only Route Open Is Dangerous And Inhumane’

My path came close to Tra My’s again a few months later, in autumn 2019. We both arrived in the UK only a few weeks apart, but through very different and unequal routes. I came here to join my British family. It was a time-consuming, stressful, and expensive process – I spent over £3,000 for my visa-related fees, only to receive my residency of two and a half years with restricted rights.

However, I was lucky enough to cross the UK border safely without fear. The only route available to Tra My was a dangerous and inhumane one. It took away her dream, future and life in a lorry container, before we could finally meet. She did not have the chance that I was given.

Despite demands for the labour of people like Tra My, no legal and safe routes for them to enter the UK are available. In the case of the Essex lorry deaths, four people smugglers were convicted. However, if Tra My and the other 38 victims had successfully made the journey into the UK’s underground economy, after reportedly paying between £10,000 and £13,000 each to cross the Channel, they could have been the ones criminalised for “illegal” entry and work. Tightened border security – something this Government claims to seek – does not address the situations that force people to take dangerous journeys in the first place. It only forces people to take even greater risks.

Convicting and imprisoning individual smugglers alone will not solve the problem, and it certainly isn’t enough to bring justice to those who have lost their lives.

Convicting and imprisoning individual smugglers alone will not solve the problem, and it certainly isn’t enough to bring justice to those who have lost their lives. Even after the trial, the UK’s border securitisation programme remains, criminalising migrants who are highly vulnerable to exploitation and left with no choice but to rely on smugglers.

This border regime includes the hostile environment policies forcing undocumented people into destitution and exploitation, while the National Referral Mechanism often fails to protect survivors of human trafficking. Add to this institutionalised racism and global capitalism that shunts migrants and blue-collar workers to the bottom of the pile as disposable labour and the combination is deadly.

Seeking better lives for yourself and your loved ones is not a crime – migration is naturally a solution for many. We need an environment where fundamental human rights are protected for everyone – the right to life, health, safe living and working conditions, and all without fear of criminalisation, detention, or forced deportation. Until we see these changes, more migrants and people seeking asylum will be forced to risk their lives. We cannot wait any longer to end the exploitation and senseless deaths caused by our border control.

This series is part of our work to amplify the voices of aspiring writers that are underrepresented in the media and marginalised by society. Each piece examines a human rights issue the author or their community is affected by and preferably have a position on how we might begin to address it. Find out more about the series and how to send us a pitch on this page. 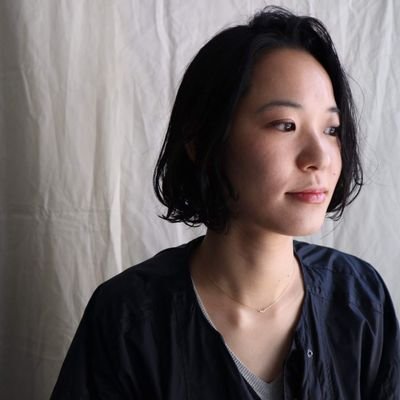 Mariko Hayashi is an independent researcher on migration and human rights. She is also a Director of Southeast and East Asian Centre (SEEAC) and a Migrant Ambassador of Migrant Voice.

Mariko Hayashi is an independent researcher on migration and human rights. She is also a Director of Southeast and East Asian Centre (SEEAC) and a Migrant Ambassador of Migrant Voice.